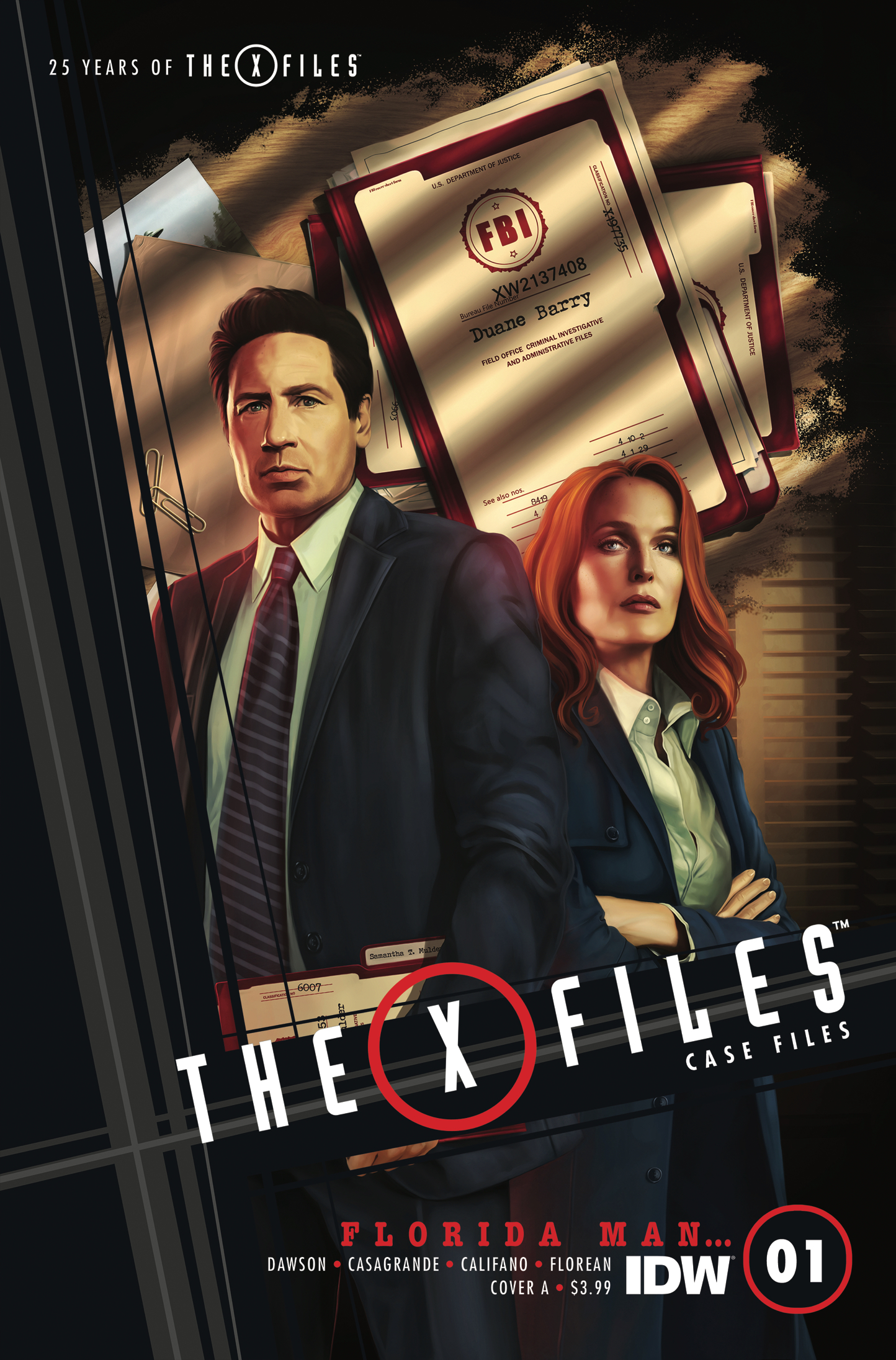 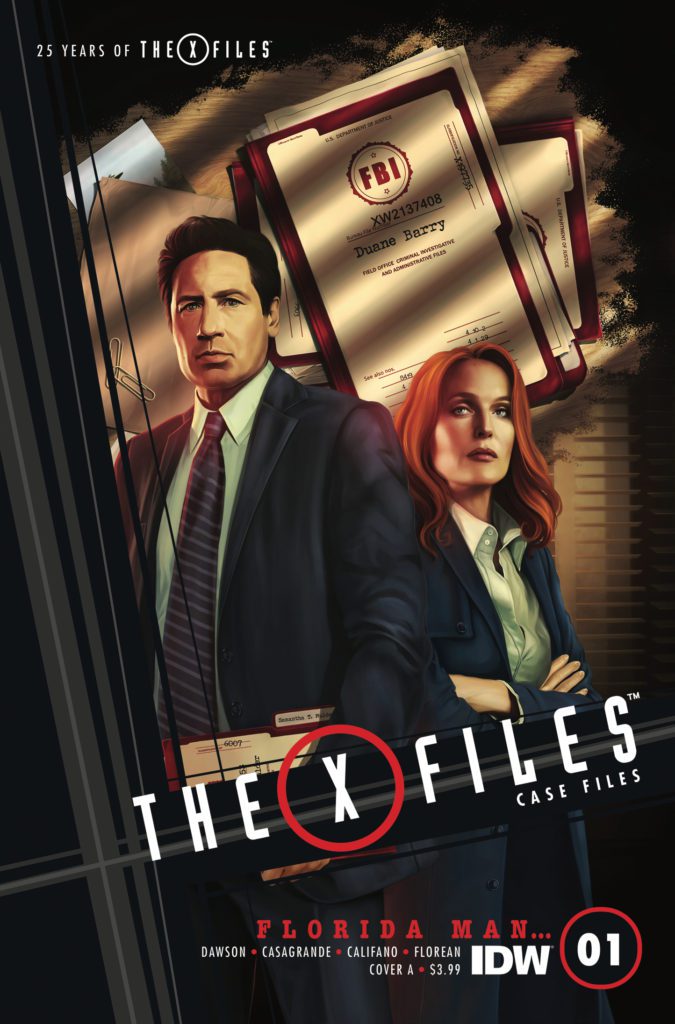 Even after all these years, the X-Files still knows how to do it. Whether it’s hunting down mysterious monsters, unraveling government cover-ups, or going after aliens, it still knows how to bring humanity and humor into the mix. On those fronts, this first issue of Mulder and Scully’s latest adventure does not disappoint.

Agents Dana Scully and Fox Mulder are on the case in Halpadalgi, Florida. This small town is seeing its share of strange deaths and disappearances, with some people blaming them on a mysterious creature roaming the swamps. Others, like local law enforcement, are convinced that it’s the work of the locals on the bad side of the tracks, which is known for its druggies and lowlifes. Either way, Scully and Mulder must figure out the cause of the crimes, before it’s too late.

The writing in this book by Delilah S. Dawson is fantastic. The witty banter between Mulder and Scully is top notch, and the mystery unfolds in front of you like a classic “Monster of the week” episode. The X-Files is all about the characters, story, and atmosphere. This book nails it. The artwork is great, the colors are really muted but pop when they need to. It’s the perfect balance of story and artwork.

If you’re a fan of The X-Files, this book is an easy one to recommend. Even if you’re not a fan, and enjoy things a little bit on the weird side, it’s worth a read.