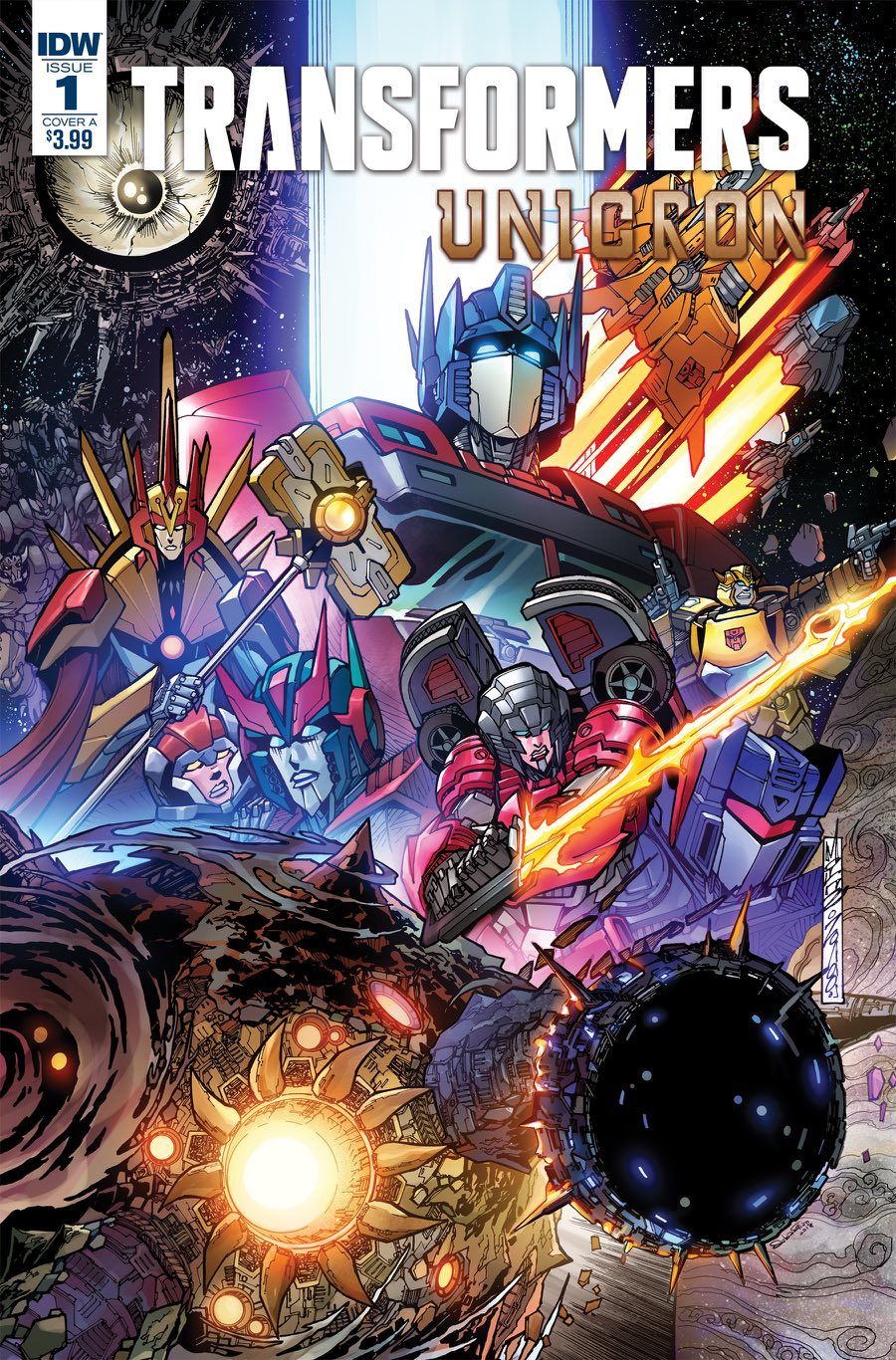 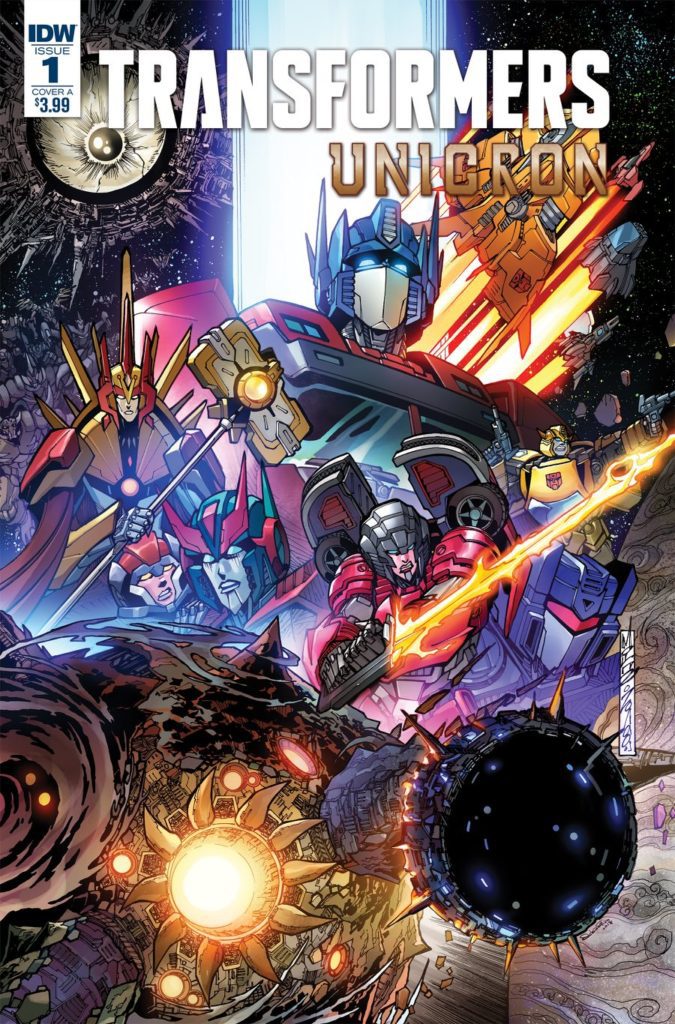 I am of the opinion that the 1980’s Transformers movie was a pinnacle of science fiction. It had wonderful characters, an emotional storyline, and one of the greatest villains of all time (robo-stache and all!).

I was hoping that the Michael Bay movies would eventually feature the planet-sized antagonist. It was planned and he was mentioned, but it looks like it is not going to happen. Enter IDW. Looking to do the villainous tyrant justice, writer John Barber attempts to tackle his backstory and his plan to devour Cybertron.

The story features Optimus Prime and his team of Transformers (Autobots and Decepticons have buried the hatchet and they are now simply Cybertronians) as they attempt to take down Unicron before he can destroy a colony of Cybertron. Alongside Bumblebee, Arcee, and Soundwave, his warriors evacuate the colony while fighting Unicron’s surprise allies, the Maximals. With the future of Cybertron in the balance, Starscream and Shockwave also launch their own plans to take over the planet while it is attacked.

Issue #1 is a great kickoff to this series. John Barber sets up several storylines that are all fascinating (Optimus and his faith, Unicron’s history, the Maximals, and Starscream’s plans). It will be really fun to see how this series unfolds and how Optimus and his rag-tag team will be able to take down Cybertron’s version of Satan (a planet-sized version). Will they be able to save Cybertron? Will the Maximals come to their senses? Will Starscream succeed in his bid to return to power? These are all questions I can’t wait to get the answers to.

With a great story, beautiful artwork (from Alex Milne) and several amazing alternate covers (including my favorite, an homage to the 80’s movie poster), this issue has it all!

Rating: 10 out of 10. Unicron is one of my favorite villains ever and he is in good hands with IDW!