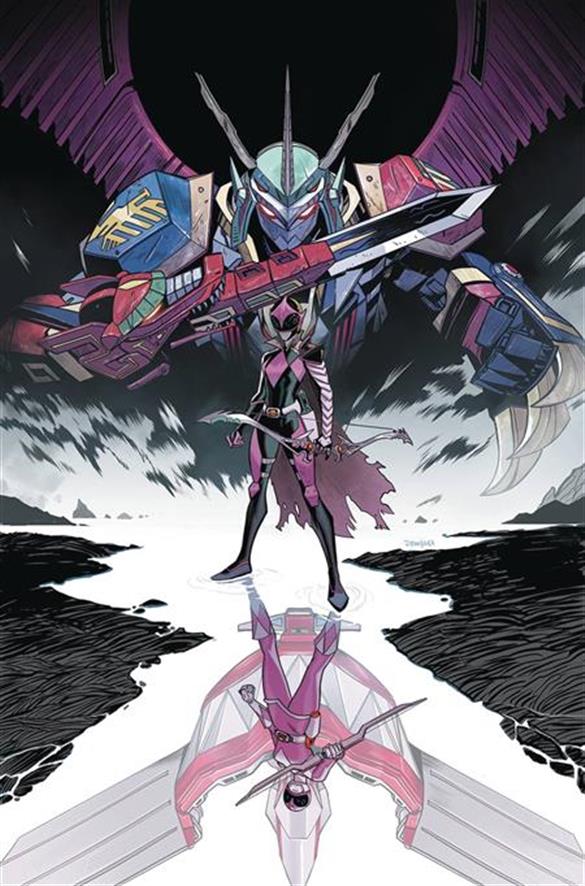 Shattered Grid started with an unlikely death and has been a wild roller coaster ride since. With doppelgängers, multiple Ranger teams, and the Morphin Grid itself at risk, this event does not disappoint.

Go Go Power Rangers #11 focuses on the alternate dimension Kimberly from Drakkon’s world. While serving as a double agent within the evil Tommy’s regime, she gained his trust and agreed to spy on the original Ranger team. When Drakkon discovers her deceit, he promises that she will suffer the same fate as all of the other Ranger teams that have fallen. Can the team save this Kimberly from a terrible end at the hands of Lord Drakkon?

This is a strong issue from beginning to end. Ryan Parrott shows many sides of a complicated alternate reality version of a beloved character, Kimberly. Kim’s doppelgänger (aka Sally) is shown fighting Kimberly, having fun with the team, and having a game-changing discussion with Drakkon. That is quite a bit of character development with a limited number of pages.

Parrott is also able to capture Drakkon’s truly evil side. Taking joy while describing his murder of Tommy shows how truly lost this fallen Ranger is.

Not only does this issue have a strong story, but it also has fantastic artwork. Dan Mora’s visuals are some of the coolest in the series. From the awesome looking costume the alternate Kimberly has to the Megazord throw down in the middle of the issue, Mora shows a great talent for creating amazing artwork.

Overall, this issue looks great and continues the Shattered Grid event while focusing on a single character that could bring the event and Drakkon to a shocking end.

Rating: 9.75 out of 10. I am a sucker for doppelgänger stories and this was a fantastic one.