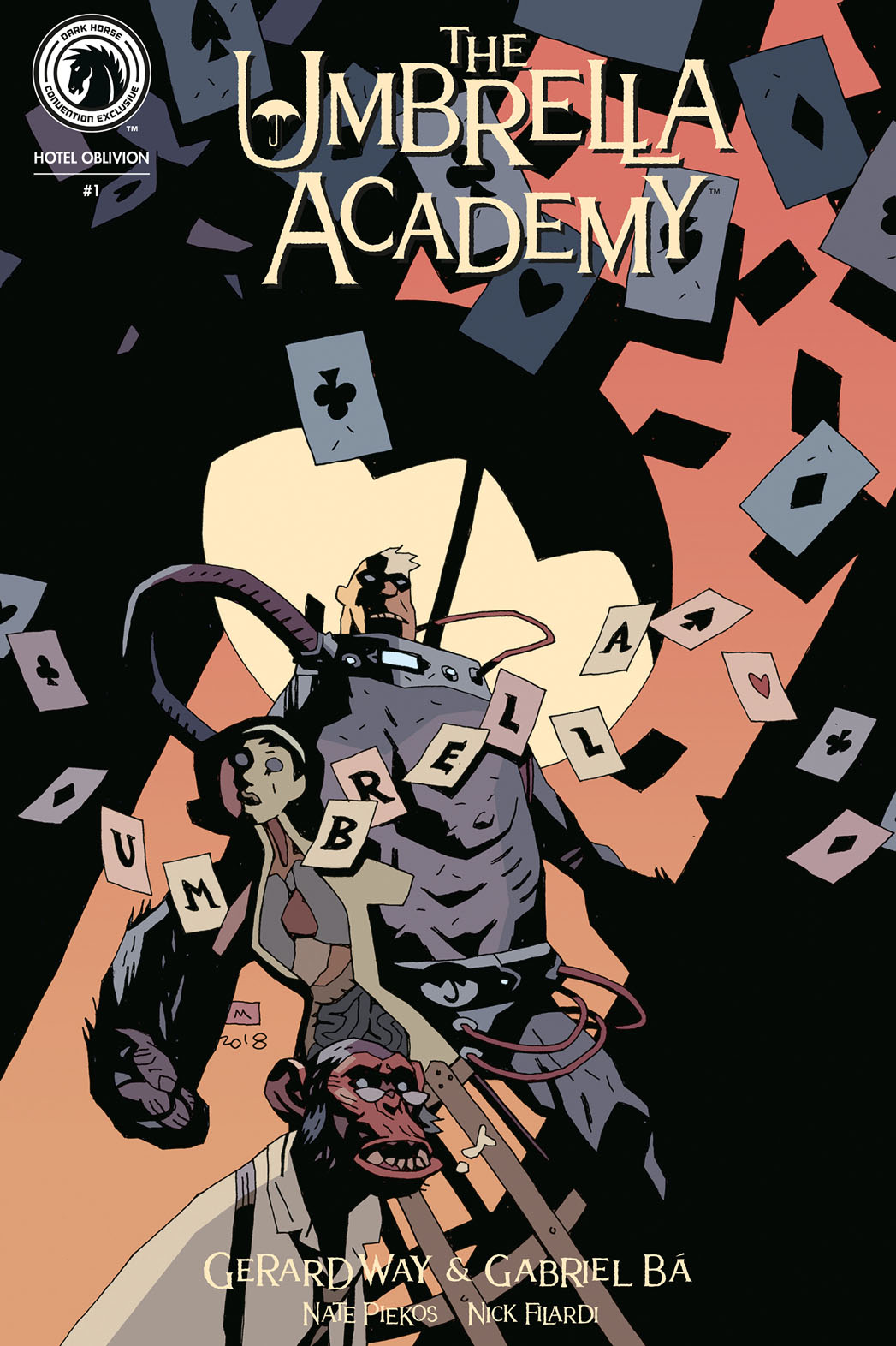 It took the comic industry when it debuted, and it rocked the world again with it’s follow up: well, the Umbrella Academy is back, as it welcomes us to Hotel Oblivion.

From Gerard Way (My Chemical Romance) and Gabriel Ba, we get to see where the dysfunctional team is now, after the events of “Dallas”. For those that aren’t familiar with the Umbrella Academy: the book follows a group of super individuals, all who were miraculously born at the same time and brought together by the mysterious Sir Reginald Hargreeves, a mentor of sorts to the powered kids, and an alien. He created the Umbrella Academy, a team of young heroes ready to save the world.

But times have changed. Hargreeves is dead, the team is in shambles, and number 5 is still a kid, despite having lived longer than any of the others in the future- no, it isn’t as confusing as it sounds. This issue opens with a flashback to when Hargreeves was still alive and the Umbrella Academy were still children. We see him taking justice into his own hands by sentencing a criminal to Hotel Oblivion. Spaceboy and Kraken end up in Japan, seeking the help of one of Hargreeves’ old associates, which is an awesome scene that shows more heroes, and finally gets Spaceboy back in shape. Number 5 is off taking care of another job, well Rumor helps her sister through some grueling physical therapy. We don’t see Séance but he is teased for the next issue.

The Umbrella Academy’s Hotel Oblivion is like riding a bike: just like that, we return to the zany greatness we knew and loved. Way continues to craft one of the most interesting and off the wall superhero stories out there, and Ba’s artwork continues to amaze me more every time I see it. I loved the Umbrella Academy since the first series, and this book feels like the creators haven’t missed a step. Soon to be a Netflix live-action series, now is the time to scoop up the first two collections and check in to Hotel Oblivion.