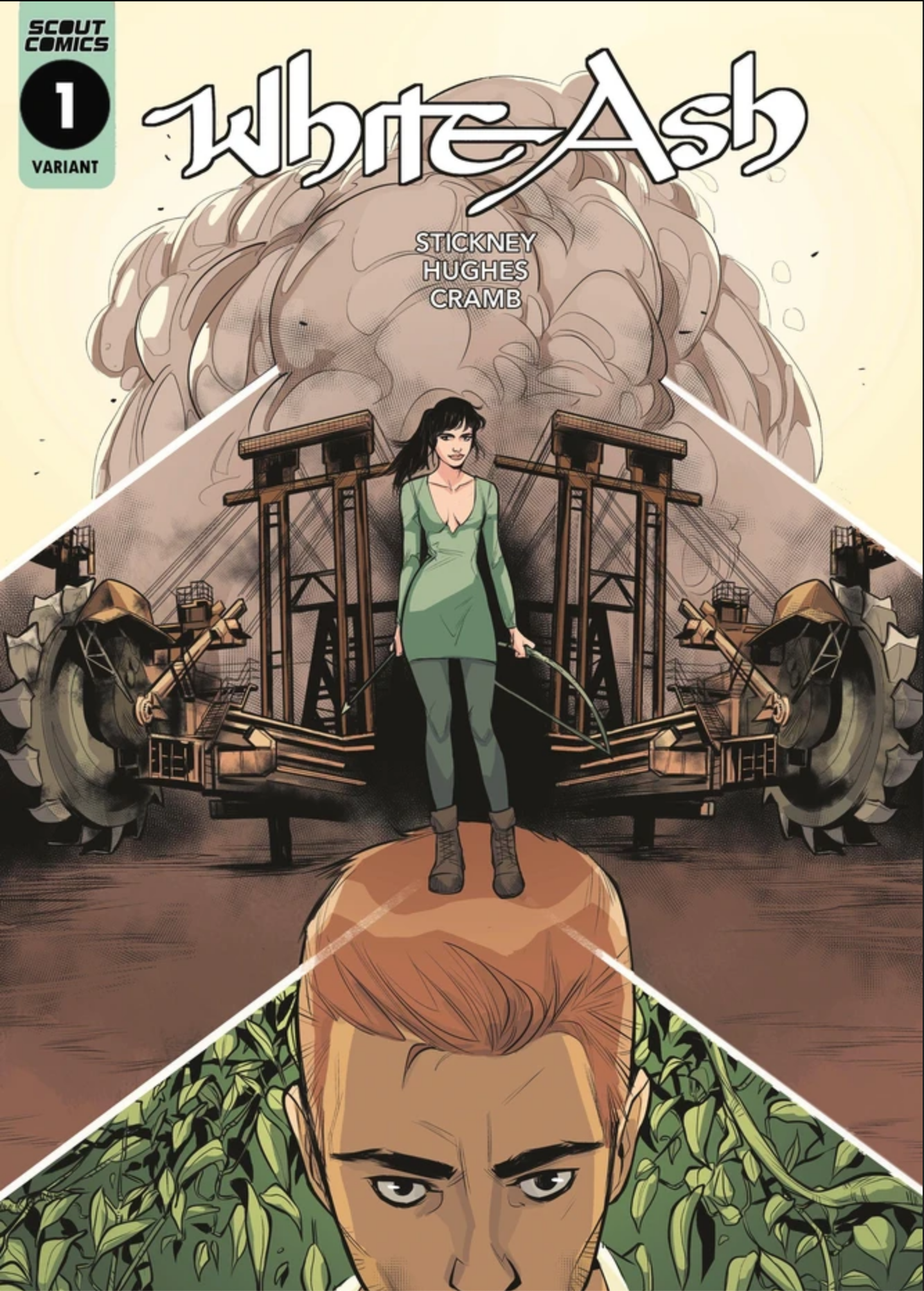 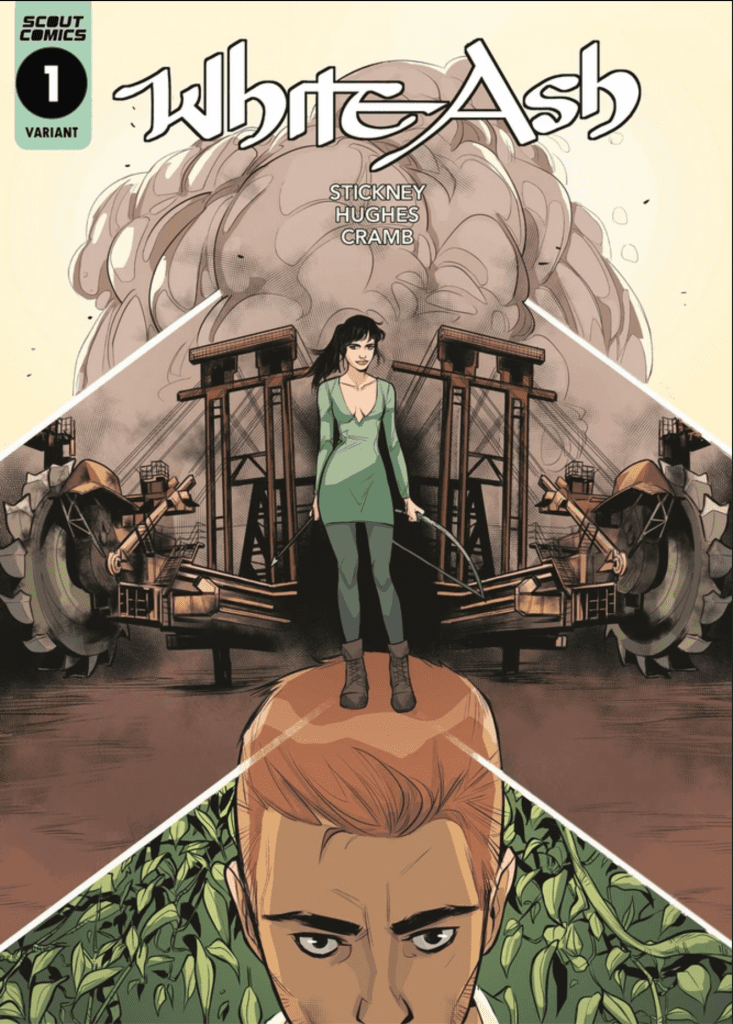 It is time to take a look at another Scout Comics series- this time being the first issue to White Ash. Written by Charlie Stickney with art by Conor Hughes and colors by Fin Cramb, this has been a book I have been looking forward to, yet I couldn’t tell you why. Call it a gut feeling.

Taking place in white ash, Pennsylvania, we first see a bizarre scene take place outside of the city at a bar. A man in black named Seth finds a ride into White Ash and does so in bloody fashion. As he enters the town, we see someone ready to leave: nineteen-year-old Aleck, who is leaving for college and leaving this coal-mining town behind. But he still has some loose ends to tie up, including saying his goodbyes to his family and friends, as well as collecting his last check from a man who seems to own the town. But things go sideways when Aleck’s father, a miner, comes face to face with the man in black, Seth, in the mines. Destruction and chaos ensue, halting Aleck’s departure as mystery abounds.

I love the set up here: we have the classic young man going on his journey of life, mixed with something that seems supernatural. The artwork here is fantastic, as well. Very clean. Very vibrant. And great designs to the characters and the town itself. Who is this Seth? How is he tied to White Ash? To Aleck? And his family?

Scout Comics does it again. I am on board for White Ash, as I have to see what happens next. Stickney, Hughes, and Cramb have an excellent start here, and it’s a great way to kick off 2020.