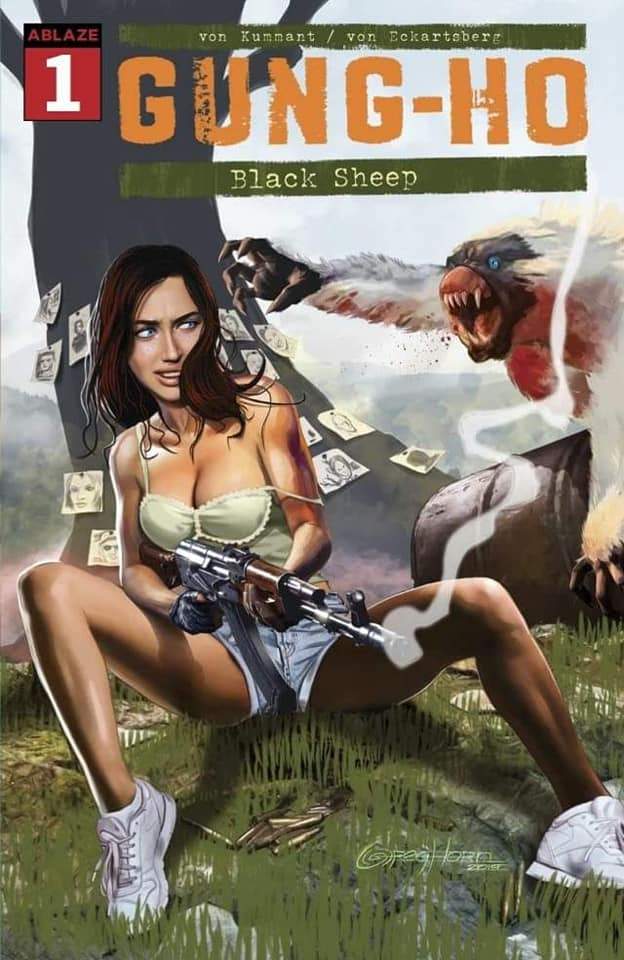 Gung Ho #1 Review: A New End of the World

I love checking out new books, especially from new publishers. So when I saw Gung-Ho pop up in the Previous catalog, I had to order it. And let me say, I am glad I did.

From Ablaze, Gung-Ho is by Benjamin Von Eckartsberg and Thomas Von Kummant. The book takes place in a post-traumatic scenario as the White Plague has laid waste to the planet. The world is in shambles, and for brothers Zack and Archer Goodwoody, their life matches the landscape. Orphans, having lost their parents eight years ago, they are a couple of rough and tumble teens who are on their last chance. Sentenced to Settlement No. 16, also known as Fort Apache in the middle of the danger zone, the brothers see a new and dangerous life ahead.

Let me say, the first thing I noticed here is the artwork. This has to have some of the most beautiful looking interior artwork I have ever seen in a comic book. And I have been reading comic books since I was a kid. The vibrant art has a paint-like quality to it, and the facial expressions here tell stories all their own. It is like an animated movie for adults but laid out for our enjoyment as a comic book. Kummant is a name I will be following from here on out, as the visuals alone have blown me away.

The story sucks you in as well. You feel for these two siblings, now transported to a strange new place, where danger lurks right outside a not so protected wall. What is lurking in the danger zone? I can’t wait to find out. The story has me hooked, as I wanted to see what this White Plague has done, and how our two brothers will make it in this world on their own.

This is the first book from Ablaze that I have reviewed, and I must say I am incredibly impressed. Gung-Ho #1 is a solid debut issue, lays the groundwork for what’s to come, and leaves the reader wishing they had the next issue right now. Add this one to your list; you won’t be disappointed.