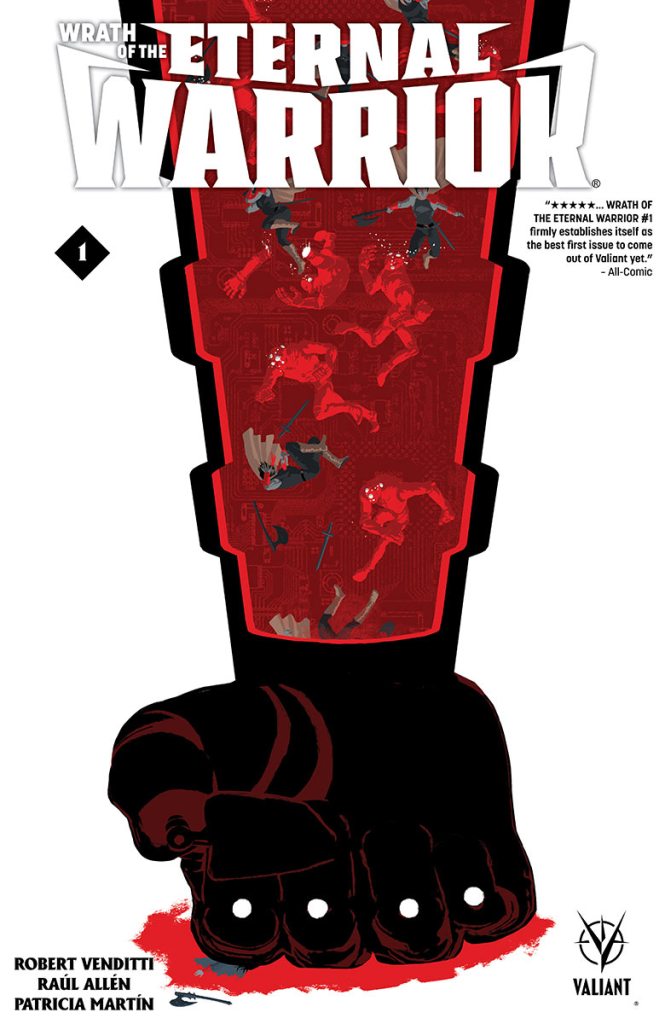 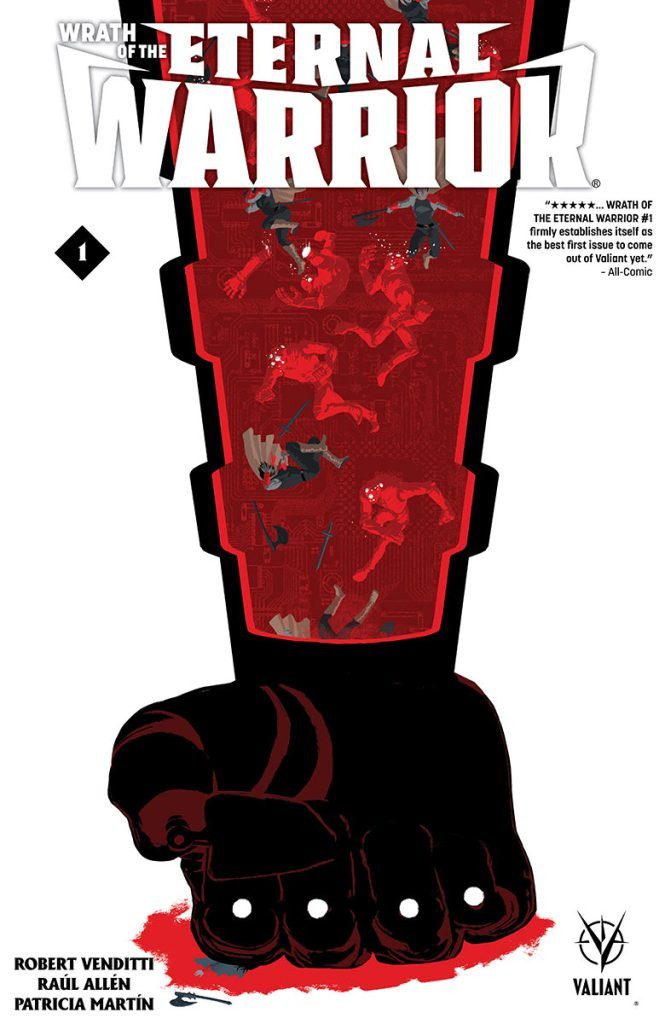 When Valiant Entertainment’s Book of Death miniseries wrapped up, the biggest revelation coming out of the excellent series was the apparent death of Gilad Anni-Padda, better known as the Eternal Warrior. How does an immortal die? Sustaining tremendous injuries in the Book of Death, the Earth that Gilad defended for so long allowed him the ultimate release- death. But death is just the beginning, as Gilad’s journey now moves to the underworld in Wrath of the Eternal Warrior.

That’s how this issue kicks off, as we find our hero in a nightmare of an underworld, but still doing what he does best: he fights on. One of the three Anni-Padda brothers in the Valiant Universe (Armstrong and Ivar being his brethren), Gilad has been a tragic character from the start, and this issue shows more of this, of what makes us root for the Eternal Warrior. Writer Robert Venditti, no stranger to the Valiant Universe with his work on X-O Manowar, crafts a tale fit for a warrior. We see comparisons that can be drawn to the Hercules mythos, of tragedy, of yearning for family, for peace. But where exactly in the underworld is Gilad? Has he finally found peace?

Artist Raul Allen brings the tale to life as we begin this new series and new path for the Valiant hero. The artwork is clean and crisp, and showcases Gilad and his compatriots and enemies perfectly. My only complaint is that the story felt to fly by- maybe I just wanted to read more, to continue this story right now and not have to wait a month for issue #2. A small gripe to a great issue that sets up this series and gets us ready for a journey Gilad has never had to travel before. Nonetheless, this is a terrific start to the new series, and it is definitely worth picking up.

Rating: I give it a 4 out of 5. The Eternal Warrior fights on, and in the end, the readers are the winners.