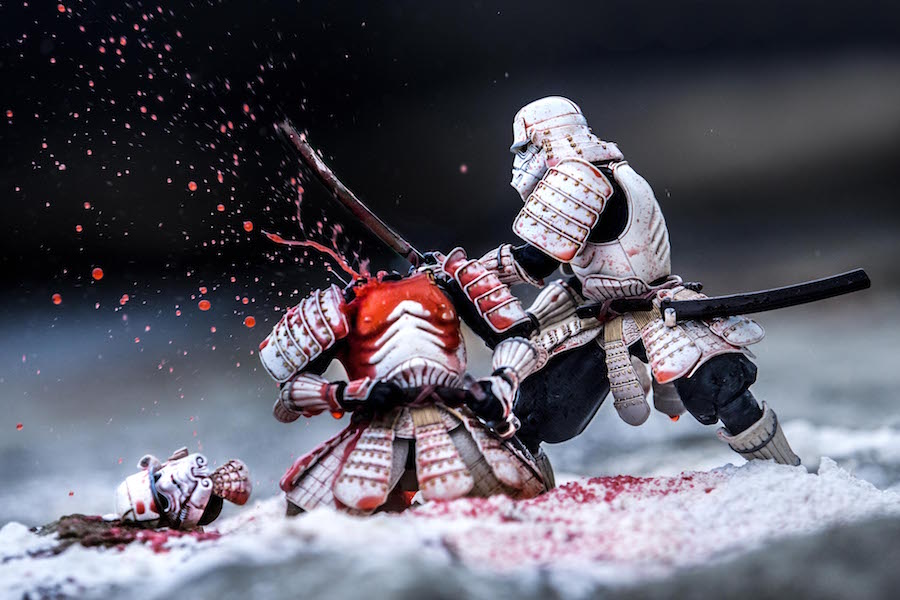 Dynamite Entertainment expands its growing line of deluxe art books beyond comics and video games, but with firm roots in fandom, with the collection Instagram sensation, Johnny Wu (Sgt. Bananas)!

With over 50,000 followers on Instagram, and having been featured everywhere from io9 to the Wall Street Journal, the Northern California photographer’s work is immersive enough for the viewer to forget they are looking at hard plastic, as opposed to incredibly detailed cosplay or the work of a top tier special effects house.

Wu has even been tapped by the manufacturers of some of his subjects; having lended his talents to the photo campaigns for Hasbro, Sideshow, and others, and his work featured at this year’s Comic Con International in San Diego. 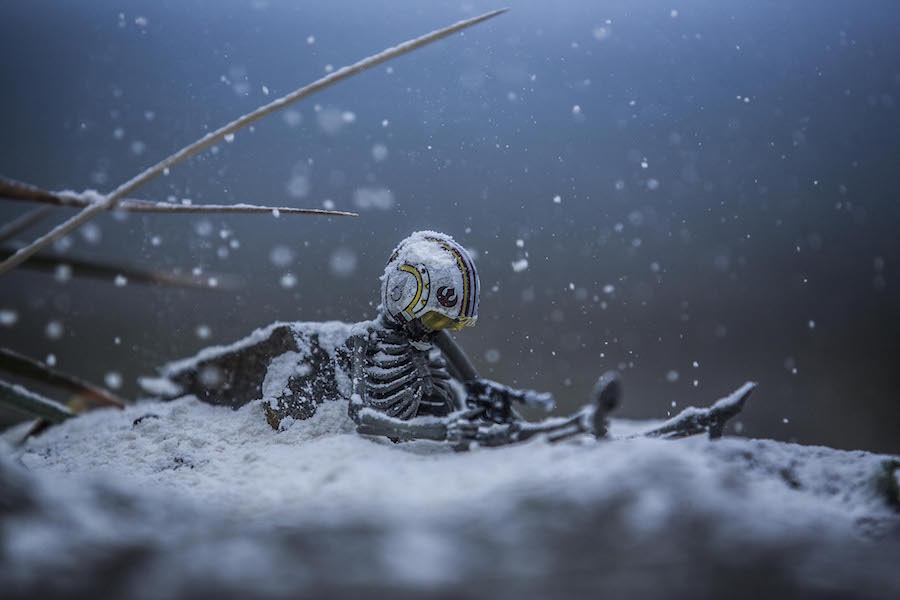 “I’ve been a toy collector my whole life,” says Johnny Wu. “I’ve always had a strong connection to toys, but it wasn’t until I started taking photos of them that I felt that I was able to share how special they are. Ten Frames Per Second is my lifelong love of toys and photography coming to life. I never stopped being a kid, and I hope that my photos reach the inner kid in all of us.”

“We were blown away by Johnny Wu’s incredible photos the moment we saw them,” says Dynamite CEO and publisher, Nick Barrucci. “His work immediately evokes a feeling, and it’s no surprise that anyone who has seen it is as moved as we are by his incredible photos! We couldn’t be more excited to publish his first art book here at Dynamite!”

“I did a double take when I first saw Johnny’s photos,” says Rich Young, Dynamite’s Director of Business Development. “Some of them don’t even look like action figures; they’re more like stills from a movie! No wonder he’s such a hit on Instagram. It’s a pleasure to add this fun book to Dynamite’s publishing schedule!”

Tentatively titled Ten Frames Per Second: An Articulated Adventure, the first collection of the photography of Johnny Wu (aka Sgt. Bananas) will be published in 2017, with further details on format, price, and release date to be announced in the coming months.

About Dynamite Entertainment:
Dynamite was founded in 2004 and is home to several best-selling comic book titles and properties, including The Boys, The Shadow, Red Sonja, Warlord of Mars, Bionic Man, A Game of Thrones, and more.  Dynamite owns and controls an extensive library with over 3,000 characters (which includes the Harris Comics and Chaos Comics properties), such as Vampirella, Pantha, Evil Ernie, Smiley the Psychotic Button, Chastity, and Peter Cannon: Thunderbolt.  In addition to their critically-acclaimed titles and bestselling comics, Dynamite works with some of the most high profile creators in comics and entertainment, including Kevin Smith, Alex Ross, Neil Gaiman, Andy Diggle, John Cassaday, Garth Ennis, Jae Lee, Marc Guggenheim, Mike Carey, Jim Krueger, Greg Pak, Brett Matthews, Matt Wagner, Gail Simone, Steve Niles, James Robinson, and a host of up-and-coming new talent.  Dynamite is consistently ranked in the upper tiers of comic book publishers and several of their titles – including Alex Ross and Jim Krueger’s Project Superpowers – have debuted in the Top Ten lists produced by Diamond Comics Distributors.  In 2005, Diamond awarded the company a GEM award for Best New Publisher and another GEM in 2006 for Comics Publisher of the Year (under 5%) and again in 2011.  The company has also been nominated for and won several industry awards, including the prestigious Harvey and Eisner Awards.