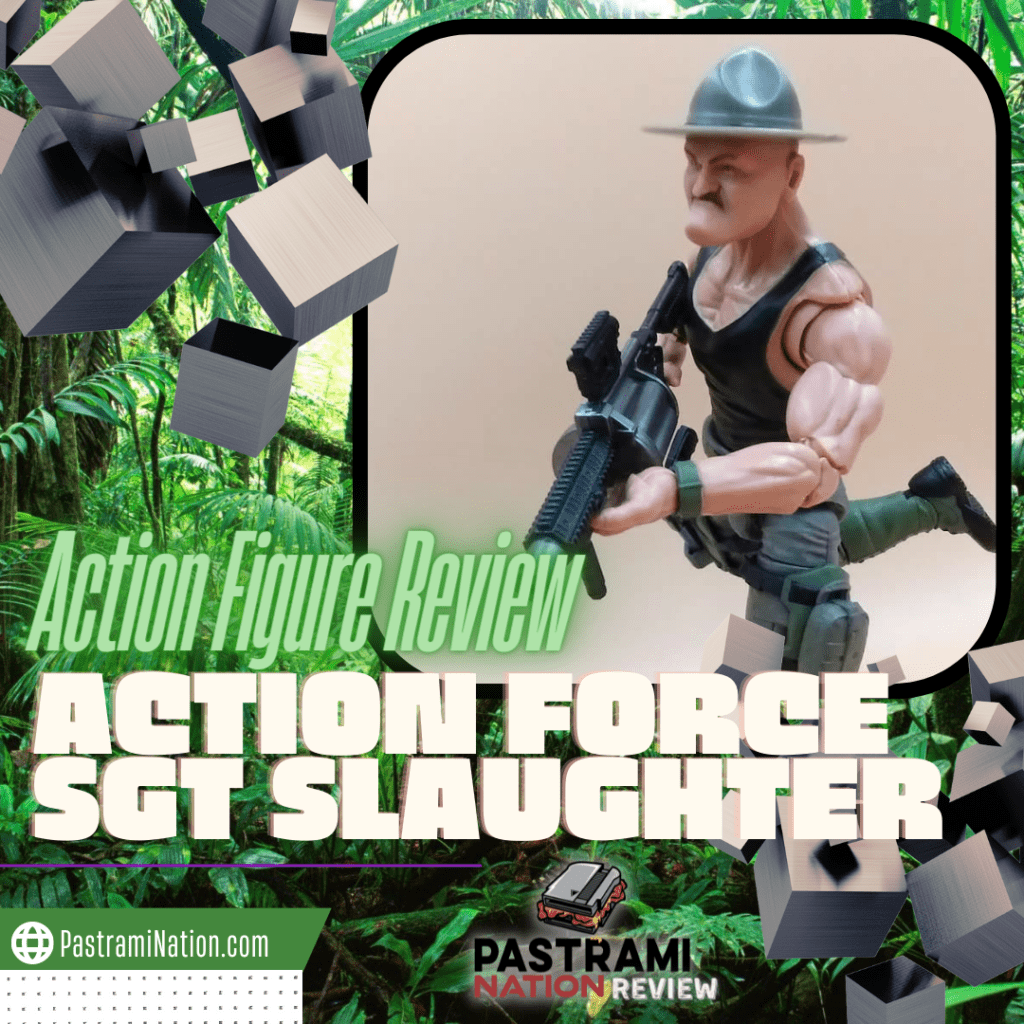 When I was a kid, Sgt Slaughter had a massive impact on my childhood. He was a WWF superstar, but I got introduced to this badass character on the animated G.I.Joe television series in the 80s. That tough-as-nails drill sergeant known for beating Cobra with his bare hands was one of my favorites. I still remember that Christmas when my Mom got me the G.I.Joe Warthog which included the Sarge as its driver. I was in awe. I never had the first Slaughter figure, which was a mail-away exclusive if I remember correctly, so this made my Christmas. And while we’ve had newer versions of Slaughter appear in the 1:18 scale, we have never had one of the classified size, unless you want to count the WWE Elite one, which I don’t, because while its a great figure, it looked like Sarge the wrestler rather than Sarge the Cobra Ass kicker. Well, wait no more; thanks to the awesome folks over at Valaverse, we now have our military-grade Sgt Slaughter.

Valaverse showed us their incredibly detailed Action Force line of figures a little over a year ago, and the wait is finally over. And they were nice enough to get us some of these 1:12 wonders to review, and the Sarge had to be first for me. Sgt. Slaughter here comes with a whole slew of weapons, as well as many interchangeable hands and hats. Good old Sarge even has removable sunglasses, which are my only negative about this guy just because mine don’t seem to stay on, and when they do, they look a bit off. I’d like to see a head with the glasses permanently attached just because they tend to fall off relatively easily. Other than that, this guy is perfect, loads of articulation make for great poses, and the paint job is fantastic.

All in all, Action Force Sgt Slaughter from Series 2 is an excellent figure. He’s the Sarge we’ve been waiting for, and Valaverse got him to us just in time to kick some Classified Cobra ass. Huge kudos to Valaverse for granting us a chance to review such awesomeness and for bringing one of my childhood heroes to life on the 1:12 scale! Be sure to pick yours up at https://valaverse.com/series-2/.