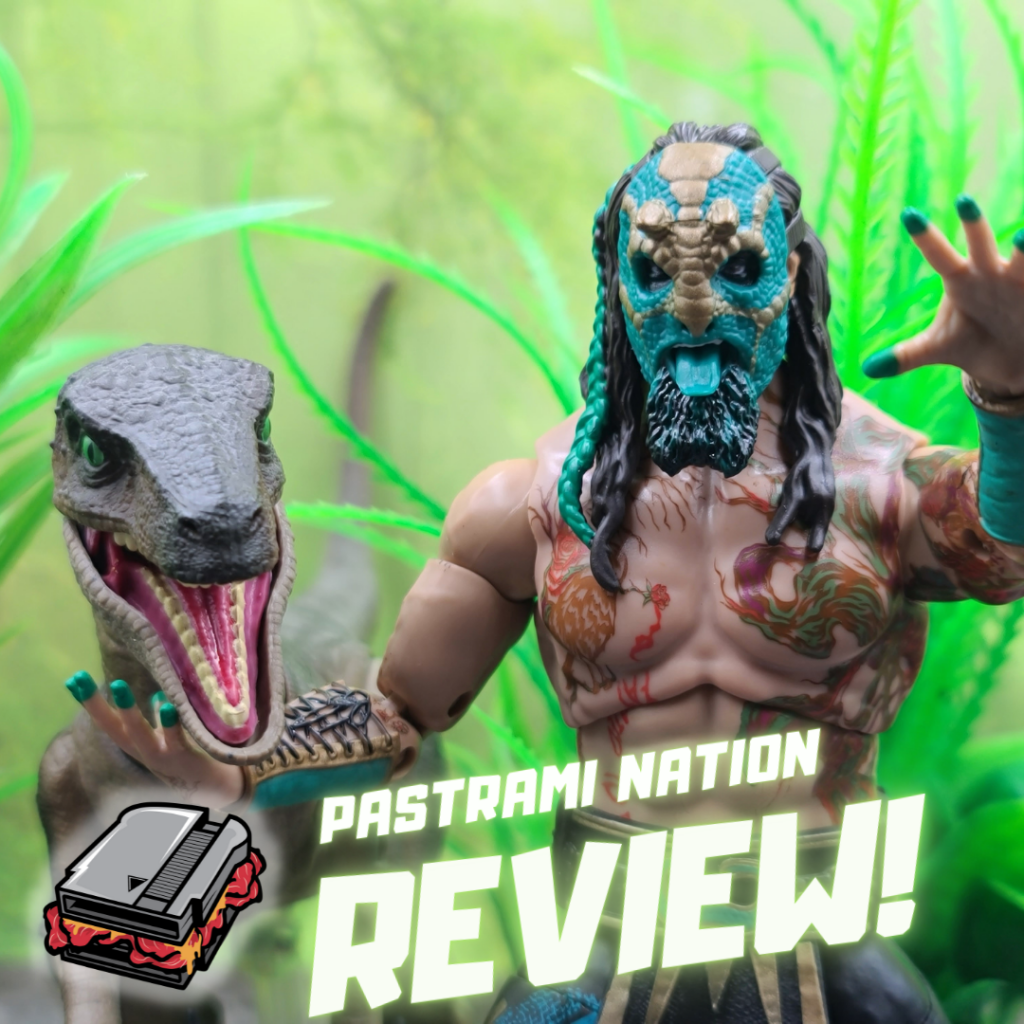 When AEW bursts onto the scene, I think every wrestling fan was excited. This brand new organization boasted some of the biggest names in wrestling. The Lucha Bros, the Young Bucks, Cody Rhodes, Chris Jericho, Kenny Omega- the list goes on. But when I watched the first battle royal I ever saw from them, I saw a wrestler that caught my attention. A big masked man towered over most of the others in the ring, with a unique fighting style and even more unique ring name: Luchasaurus. Thanks to Jakks Pacific and AEW, the prehistoric dynamo is now immortalized in plastic, but does the figure sidestep extinction?

Accessory-wise, the figure only comes with a pair of interchangeable hands, but what else could he really come with? The massive figure is impressive. The sculpt is on the money, with a head sculpt that showcases the high-energy star ready to fight. The details in the tattoos across his midsection, chest, back, and arms are outstanding and add to the figure. The ring gear is super detailed, from the multiple paint apps on the legs to the black shoeless feet. The articulation here is very well done as well. This is my first time checking out an AEW figure, and the articulation is better than I expected. The knee pads do hinder some movement, and for a big guy who does many kicks, that articulation is sorely missed.

For my first look at an AEW figure, I am very impressed. Luchasaurus is an outstanding addition to the world of professional wrestling action figures, as he stands ready to carry his tag team partner Jungle Boy on his shoulders or kick the head off of an opponent. Minor articulation hiccups don’t take away from a fantastic figure, a fantastic figure for a tremendous pro wrestler. Track this guy down while you can; AEW figures get hard to find in the wild.