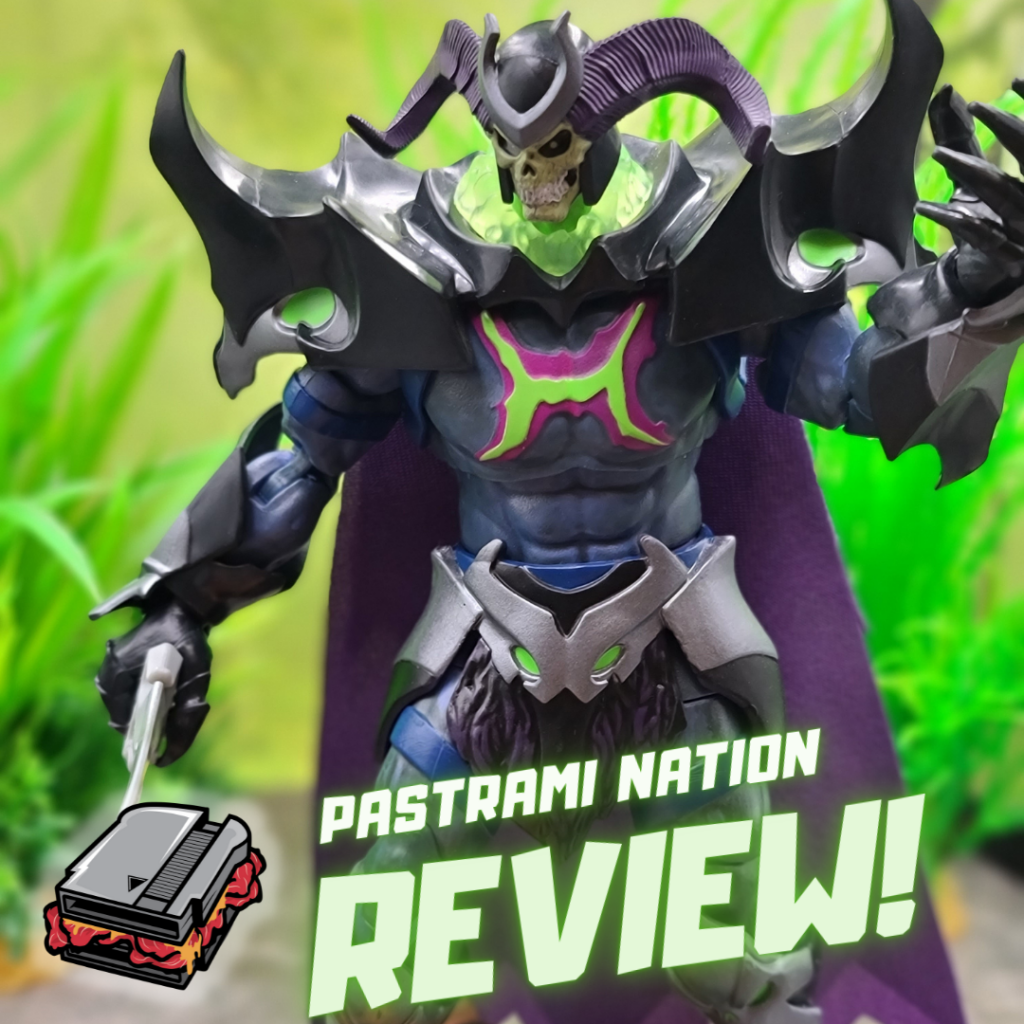 Growing up, I loved cartoons. Heck, I still do—GI Joe, Transformers, and of course, He-Man and the Masters of the Universe. Fast forward to 2021, and the Transformers have a brand new animated series, GI Joe has a new live-action film, and He-Man just exploded back on the scene with Masters of the Universe: Revelation. Thanks to Mattel, we get a brand new line of action figures to coincide with the release, and the first figure that hit the shelves was the menacing Skelegod.

An evolved version of the classic He-Man villain, Skeleton, SkeleGod is a killer design. With the horns paired with a skull face, the hulked-out physique, this is a villain that is not to be messed with. Skelegod comes with a nice soft goods cape, power sword, fireball, and two extra hands. The articulation is on par with the super-articulated releases we have come to know and love from Mattel, and the translucent green fire aspects of this figure really pop.

The figure is sturdy for the most part, but the ankles give way from time to time while posing. It’s a minor gripe, as the rest of the figure shines. Mattel did a line of Masters of the Universe Classics years ago as they set the bar for He-Man and action figures in general. Skelegod is an example that Mattel looks to swing for the fences again when it comes to the Eternian classic cartoon.

I like the look and feel of Skelegod. He feels like the next evolution of Skeletor, one that He-Man can’t beat on his own. This new line is off to a strong start with their lead villain- I can’t wait to see how the other characters turn out. Make sure to pick up Skelegod when you see him and catch the new animated series on Netflix!

Return to the Wastelands of Old Man Logan in Brand