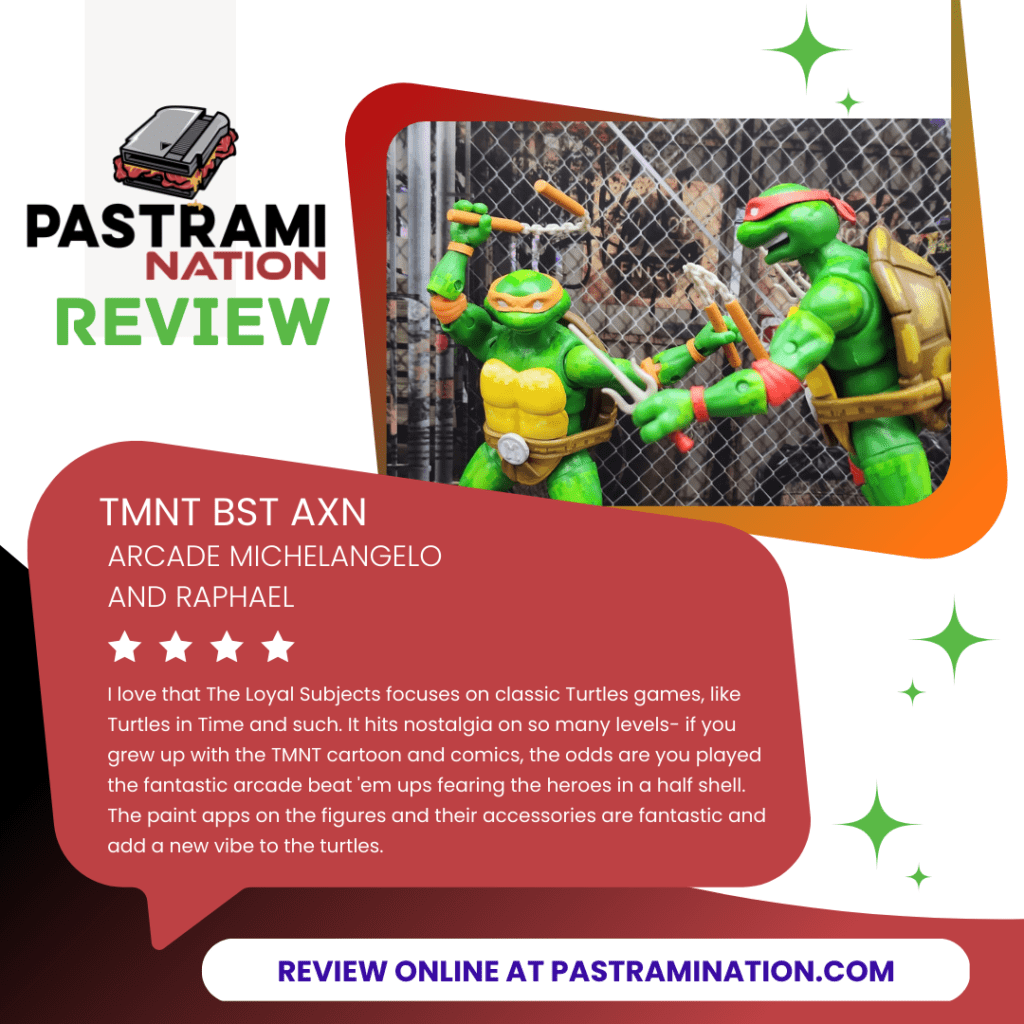 The Loyal Subjects have created quite the lineup for their BST AXN action figures. Now, with a GameStop exclusive, we get the four TMNT brothers in pixelated paint decos to pay tribute to the iconic arcade game from years past. Today I take a look at Raphael and Michelangelo. Thanks to The Loyal Subjects for sending these for us to check out!

The Turtles come in the BST AXN packaging with graphics that hearken back to the old NES days. They are the same incredible turtle bodies from previous releases but with super cool pixelated paint apps. I love that The Loyal Subjects focuses on classic Turtles games, like Turtles in Time and such. It hits nostalgia on so many levels- if you grew up with the TMNT cartoon and comics, the odds are you played the fantastic arcade beat ’em ups fearing the heroes in a half shell. The paint apps on the figures and their accessories are fantastic and add a new vibe to the turtles. Of course, each comes with various accessories, including their trademark weapons and much more.

The Loyal Subjects have done a few figures paying tribute to the arcade game, like the Bebop and Rocksteady available during SDCC. With Krang around the corner, I wonder if we will see Slash or Triceraton. These arcade-based figures are fun and look great in your TMNT collection. Pick up yours today at GameStop!