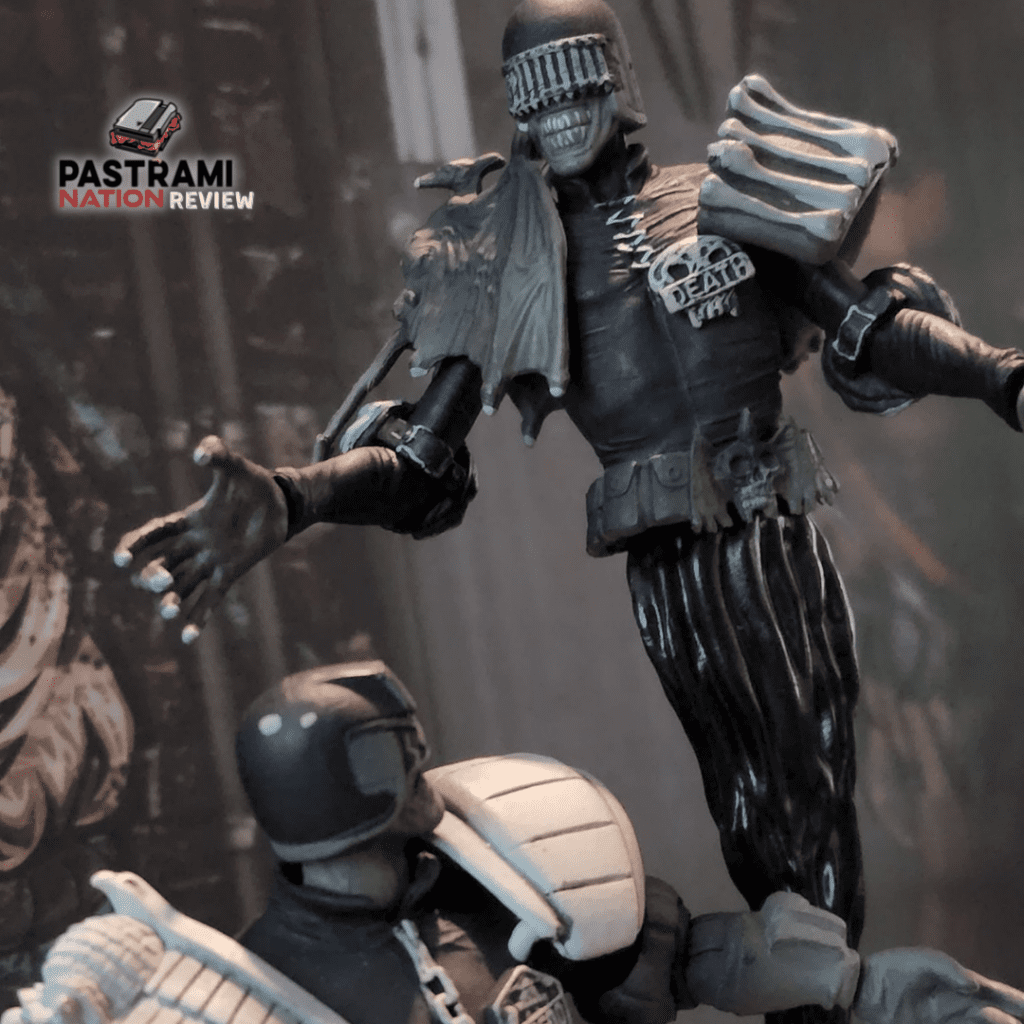 When Hiya Toys announced they were making figures based on Judge Dredd, I was blown away. Based on the 2000A.D. comic book series, the series boast a slew of Judges and villains. For the San Diego Comic-Con this year, Previews had an exclusive black and white set of Judge Dredd vs. Judge Death- when I saw it at the con, I just had to pick it up.

These 1/18th scale figures come packaged on a traditional bubble package and come loaded with two bases, base connectors, extra hands, and a baton and lawgiver gun for Judge Dredd. Judge Death’s bottom half is bendy so that you can wrap him around Dredd for some excellent posing options. Judge Death’s upper half and Dredd both sport some fantastic articulation. The massive pauldrons on both left sides of the figures are removable in case you were wondering about articulation there. The sculpting is excellent- such detail in these unique black and white versions. I love the sculpting, and simplistic painting apps goes a long way here.

Hiya Toys is hitting the ground running regarding their Judge Dredd lineup. This set is beyond fantastic and welcome addition to any 1/18th scale display. You, too, can say, “I am the law”; be sure to add them to your collection quickly, as they are limited.