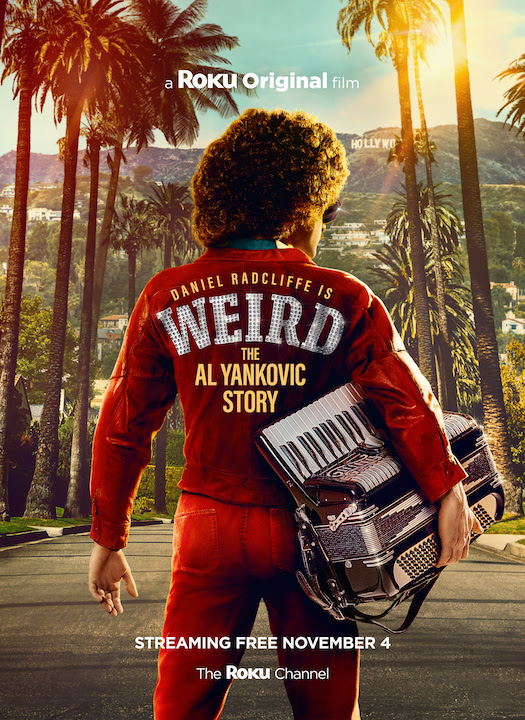 It’s time… to dare to be stupid.

The Roku Channel brings the true story of one of the most prolific performers of our generation to life with Weird: The Al Yankovic Story on November 4th. Watch the trailer below!

Daniel Radcliffe is “Weird” Al Yankovic in the unexaggerated true story about the greatest musician of our time. From a conventional upbringing where playing the accordion was a sin, Al rebelled and made his dream of changing the words to world-renowned songs come true. An instant success and sex symbol, Al lives an excessive lifestyle and pursues an infamous romance that nearly destroys him. With Evan Rachel Wood, Rainn Wilson, and an A-list cast of thousands their agents won’t let us reveal.