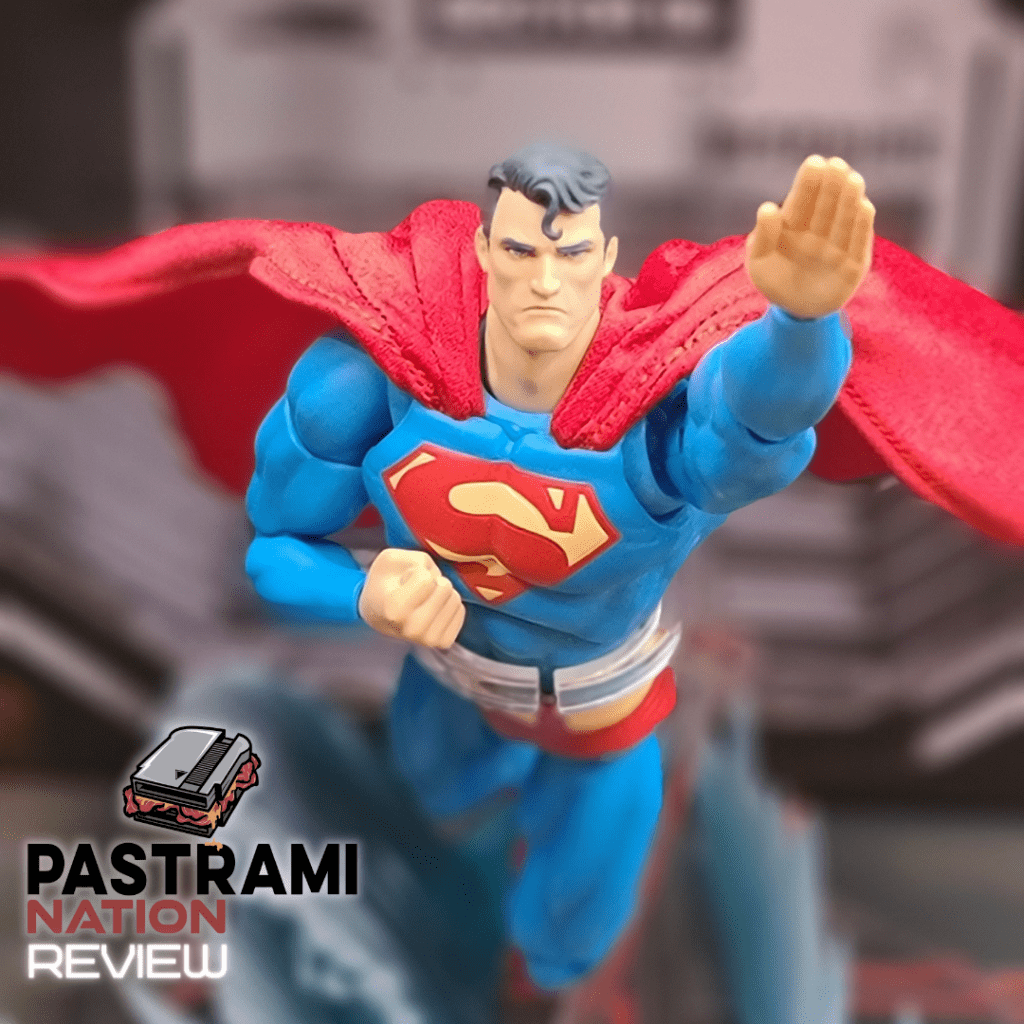 Mafex, the company known for its impressive super-articulated action figures, has done it again. While they’ve never disappointed, especially with their DC Comics characters, their Batman: Hush series takes it to the next level with their latest release, Superman!

This comic-accurate Kryptonian is THEE Superman figure right now, or at least until Mafex gives us a Dark Knight Supes, who would be a bigger, different figure altogether. Complete with interchangeable heads and hands and loads of articulation, this figure is a definite must-have for any Superman collector or just any collector period. Like most Mafex figures, this guy includes a bonus accessory in the form of a hand with a Kryptonite ring for their previously released Hush: Batman figure. It is a great way to get you to want to invest in the whole line of Hush figures.

There are other Superman figures on the market right now, but this one flies above the rest. The sculpt is like the Jim Lee artwork leaped off the page, and it is also the best comic book version of Superman to be released as a six-inch figure. You can see how it scales with other popular six-inch lines as it fits in extremely well!

All in all, this figure gets a 5-star rating from me. The perfect balance of articulation, accessories, and comic book likeness means a home run. Mafex Hush: Superman should be on every serious collector’s wish list.