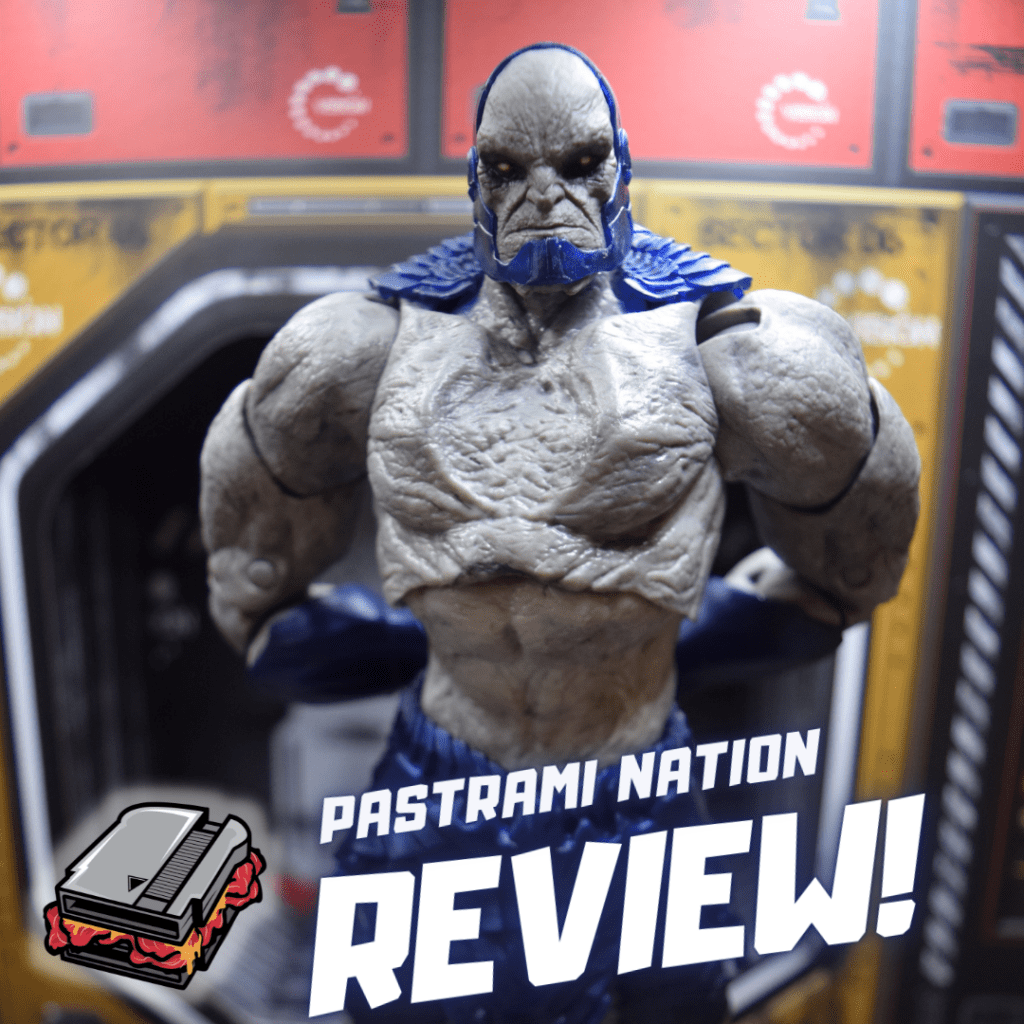 I had to say it. Darkseid is my favorite DC villain of all time. The dark lord of Apokolips has always fascinated me, even as a kid- I wanted the Super Powers Darkseid figure more than anything. I never got it, but that didn’t detour my interest in the DC villain. With the Snyder Cut Justice League exploding on the scene this year, we finally got to see Darkseid in all his glory. Thanks to McFarlane Toys, we get to see that same version immortalized in plastic.

The oversized figure towers over the 7-inch scale base set. Featuring Darkseid in his flashback appearance in the film, I wasn’t completely sold on this figure when I first heard about it. Having it in hand has changed that with the quickness. The sculpting here is top-notch, but this shouldn’t surprise anyone as the attention to detail has been one of McFarlane Toys’ strong suites since the Todd Toys days. Boasting a massive amount of articulation and armed with his spear, this is one heck of a figure. The stone stare, the easy-to-work articulation (for the most part), the presence and stature of this figure is mind-blowing. McFarlane Toys has absolutely killed it with Darkseid, but a few issues stop it from getting a perfect score.

First, the right arm keeps popping off at the forearm. It pops right back in, but it does get annoying. The helmet is a separate piece (but affixed) from the rest of the head, so the chin piece creeps up sometimes and looks a bit off. Also, the gauntlet on the left arm is a bit warped from the pose in the packaging, but I know that can be fixed relatively easy.

Another version of this figure is coming soon- the Gold Label version that sports the full armor, as seen at the end of the film. If this figure is any indication, both versions are a must-buy for DC fans. This is one of the best Darkseid figures I have owned, as it is the right balance of scale, sculpt and design. I recommend picking this one up when you see it and be on the lookout for the Gold Label one soon!