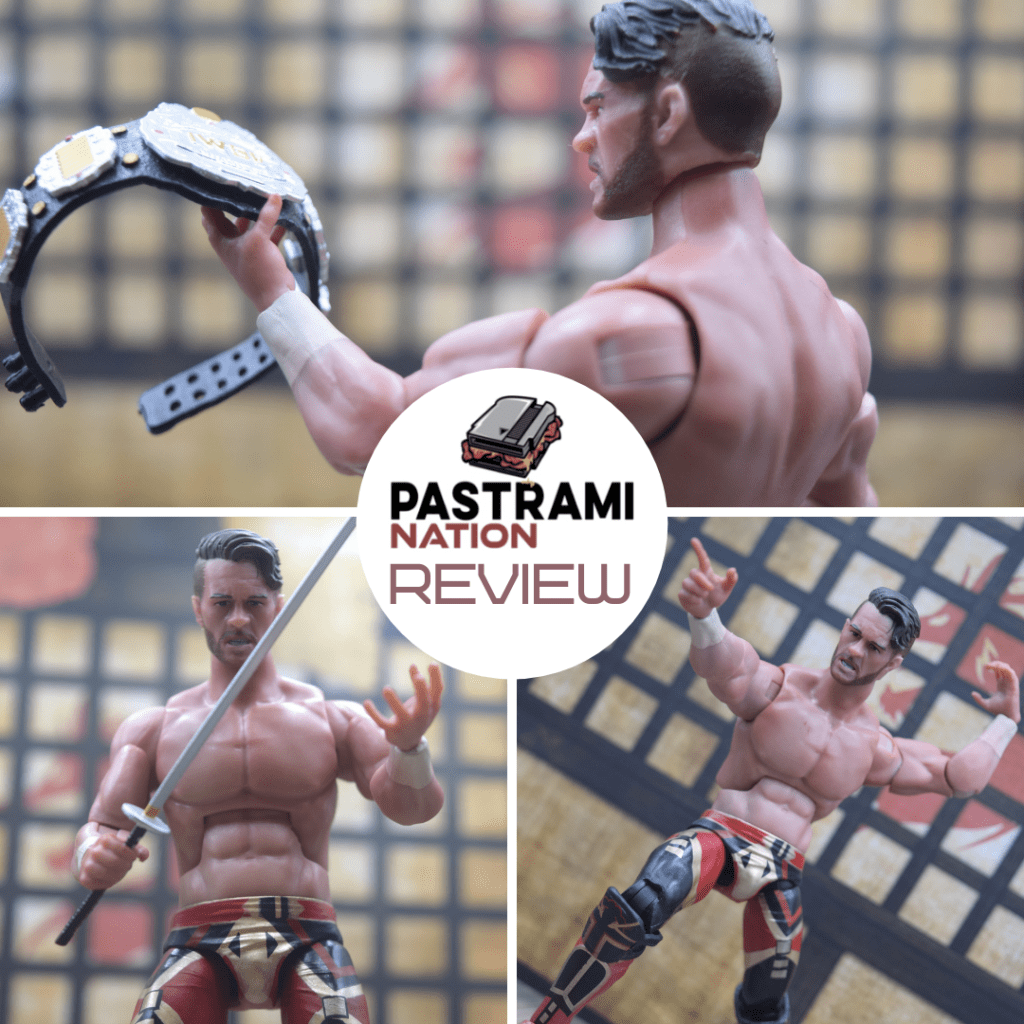 When you think of Profesional Wrestling in the states, you think of WWE naturally. In more recent times, you think of Impact, Ring of Honor, and AEW. But a company has been going strong for decades outside of the country, delivering fast-paced, hard-hitting matches with wrestlers that have sometimes never set foot in a WWE ring- New Japan Pro Wrestling (NJPW) is an absolute force to be reckoned with. Thanks to Super7, the athletes of NJPW are now 7-inch, highly detailed action figures, part of the companies prestigious “Ultimates” line. Today, I take a look at one of my favorites in NJPW- the aerial assassin, Will Ospreay.

Ospreay is easily one of the best wrestlers alive today- if you haven’t seen a match of his, I highly recommend you do. The figure comes in the standard Ultimates packaging, but that isn’t a bad thing. A slipcase window box with foil accents, Super7 does the best packaging in the business, in my opinion. Ospreay comes with quite a bit of accessories- a ton of interchangeable hands, a sword, trophy, alternate head, IWGP belt, and an entrance coat.

Ospreay has a great range of motion articulation-wise, with a turnable waist and ab crunch for mimicking his high flying arsenal. The leg motion is a bit hindered, stopping the figure from delivering some hard-hitting kicks to the head. The hands pop on and off with ease, as does the head. Paint apps are pretty solid for the most part, as is the sculpt.

The figure is a solid release with a few missteps that keep it from being hall of fame worthy. The neck is a little long, which looks off at times, and there is some discoloration on the figure’s arms. The jacket is another aspect that could have been done differently, but I am still happy we get so many accessories.

In a world where we get countless WWE Roman Reigns figures and a new Kenny Omega in just about every AEW wave, I hope that Super7 revisits Ospreay down the road and delivers a new, updated figure with different ring attire and such. This is a solid start for Super7 as the journey into professional wrestling, and one look at their TMNT and Conan line ups, and you know what this company is capable of. It is great to see the aerial assassin finally take flight as an action figure- if you are a fan of NJPW, this is a must-buy.