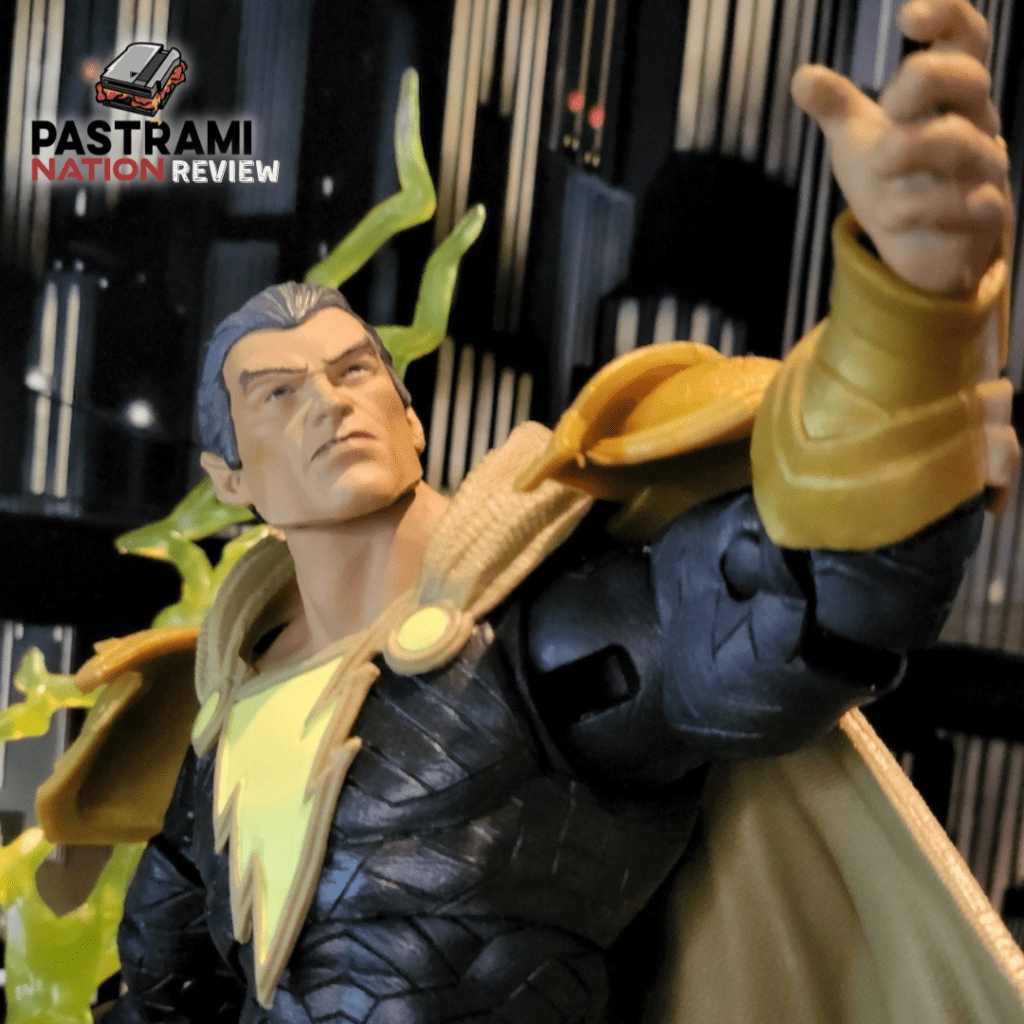 Black Adam is poised to become DC Comics’ next breakout character on the silver screen due to the film starring Dwayne “The Rock” Johnson hitting theaters this October. Thanks to McFarlane Toys, we are getting a slew of Black Adam action figures this year, including this Page Punchers version of the Wizard’s wayward warrior. This figure would be perfect if not for a slight misstep.

Being part of the 7-inch Page Punchers series, the set revolves around Black Adam and even includes a Black Adam comic book from DC. The Black Adam figure is an updated version of the character, sporting more of an armored look, fitting of a character who possesses the powers of the Egyptian pantheon. The head sculpt is fantastic, as it captures the character’s comic book version. The textures and soft plastic armor are outstanding- the shoulder pads don’t hinder articulation. I think this is one of the best Black Adam figures ever to be released, and I owned the original DC Direct one way back when.

I have been a fan of the character for a long time, especially the JSA run by Geoff Johns that showed just how thin the line is between a hero and a villain. This figure has one downside- he is tough to stand up. The molding on his feet makes it to where the figure doesn’t stand flush- otherwise, this would be the perfect Black Adam figure. Nonetheless, this is one of the best McFarlane Toys releases of the year and absolutely needs to be on your DC shelf.