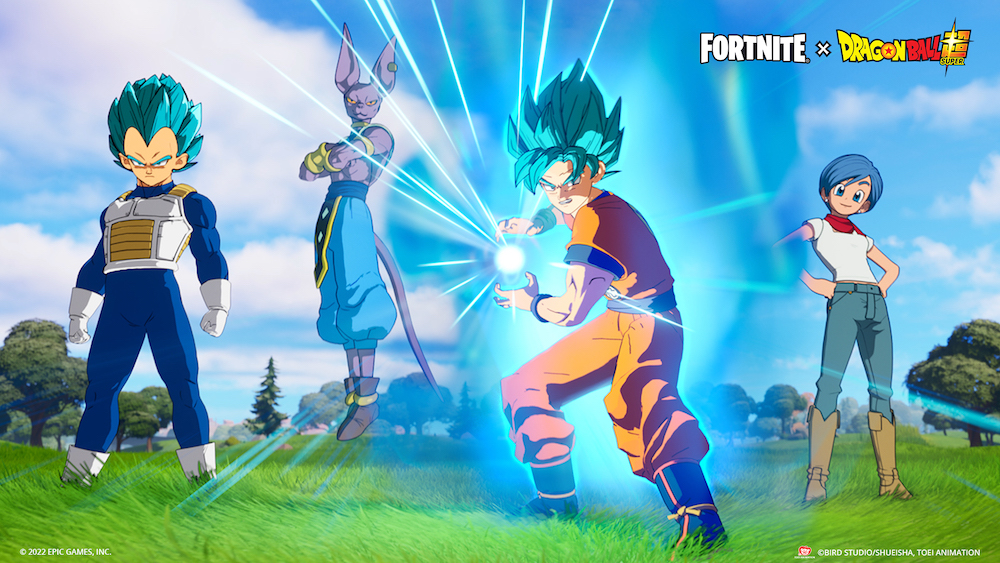 “We’re thrilled to partner with Epic Games and bring this first-ever Toei Animation franchise integration to Fortnite,” said Lisa Yamatoya, director of global marketing for Toei Animation Inc. “Over the last 36 years, the Dragon Ball franchise has built perhaps the largest global fanbase of any anime. And this multi-generational mainstream audience makes Dragon Ball ideally suited for a collaboration with Fortnite and its worldwide community of players. We’re excited to see the response to Dragon Ball’s arrival in Fortnite.”

“Fortnite and celebrating fandom go hand in hand, and Dragon Ball is truly beloved all over the world,” said Claire Ripsteen, Fortnite Partnerships for Epic Games. “We’re excited to be partnering with Toei Animation to offer Fortnite and Dragon Ball fans alike a unique chance to experience their favorite anime in a way that only Fortnite can offer – whether it be exploring the Dragon Ball Adventure Island, watching Dragon Ball Super episodes with friends, or wielding the powers of Goku through new gameplay items.”