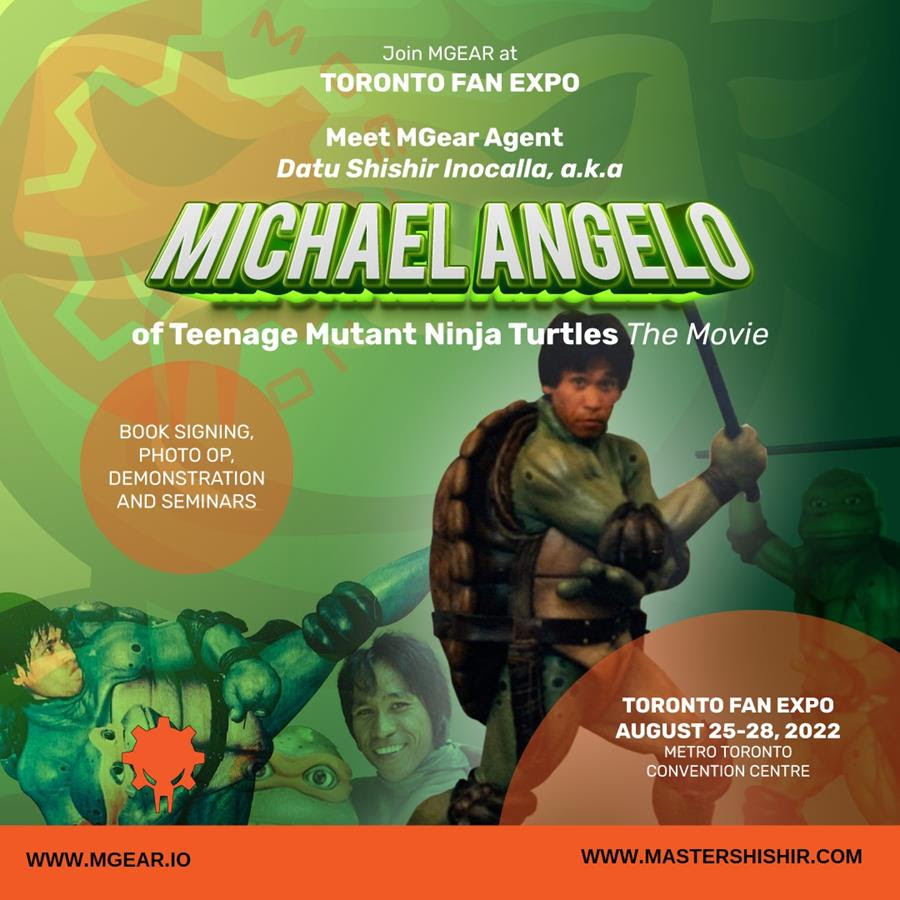 MGear is stoked to announce that actor/stuntman and Grandmaster Shishir Inocalla, who played Michelangelo in the Teenage Mutant Ninja Turtles 3 movie and live-action TV Series, will be part of the MGear crew at the upcoming FanExpo. So be sure to swing by the MGear show booth to get a poster signed by Shishir, take a picture with him… and check out an awesome head replica from Michelangelo’s costume!

FanExpo runs from August 25 to 28 in downtown Toronto. It is Canada’s largest celebration of fandom and pop culture. This is a massive show that features everything from cosplayers to celebrities, comic books, toys, local artists and more. To learn more about the show and pick up a ticket, check out the FanExpo website.

MGear will be highlighting our Gadget Wallet 3.0 at the show, with a large selection of superhero and anime character face plates. We will of course also feature our full portfolio of products.

In the meantime, if you’d like to pick up an MGear Superhero edition wallet for 15% OFF ahead of the show [a discount exclusive to our subscribers], please use the discount code TURTLEPOWER on www.mgear.io