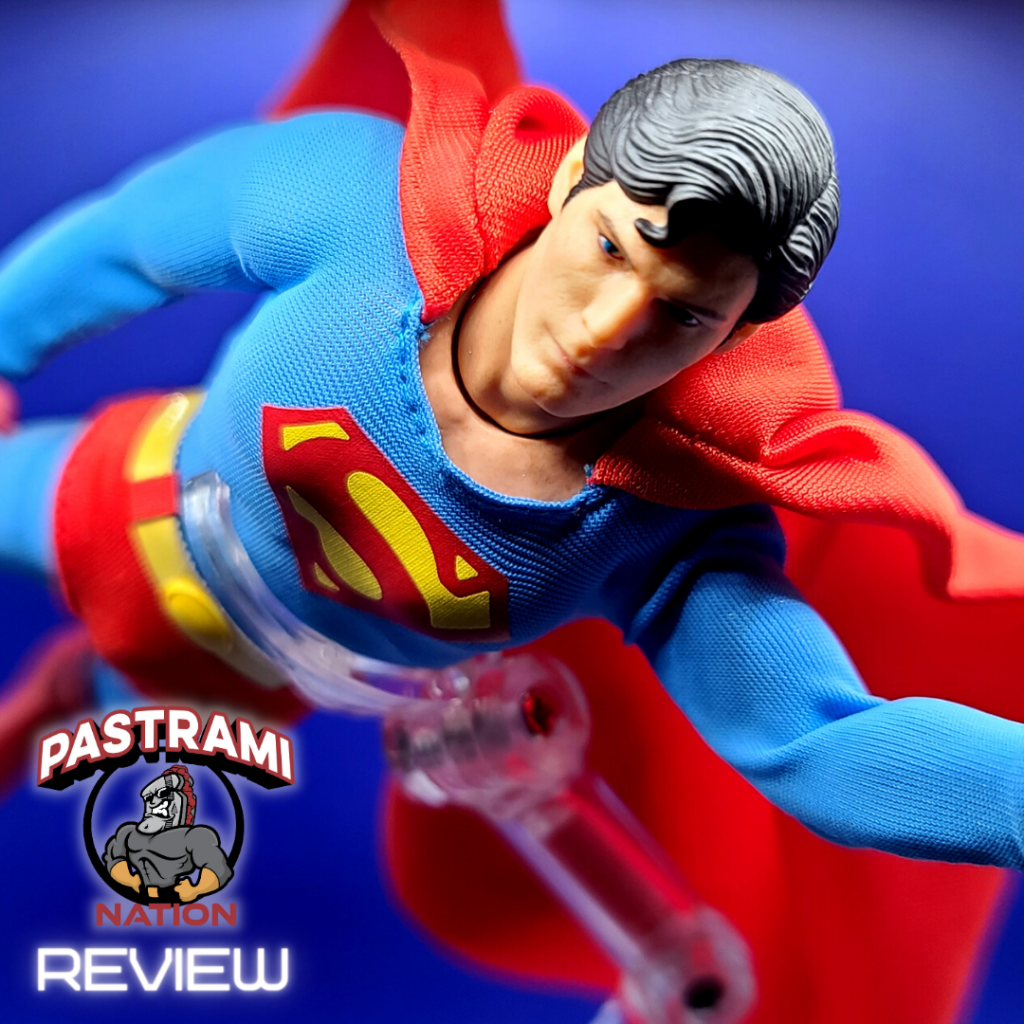 I have been waiting for this figure for a long time. Once it went up for preorder, I immediately ordered it. When I think of the man of steel, one actor will always stand above the rest, which is the late Christopher Reeve. Thanks to Mezco Toyz, the actor’s iconic portrayal of Superman is now immortalized as a six-inch deluxe figure.

First, let me start with the packaging, an excellent tin canister with the movies’ Superman logo. This figure comes with so many cool accessories; it’s unreal. From the multiple interchangeable hands to the Kryptonite, shards from the Fortress of Solitude, to two extra heads and a stand, that is a lot. But the figure also comes with a Fortress of Solitude base that lights up and can even be placed on a mode where it lights up once a crystal is placed on the base.

Onto the figure: this is a fantastic figure. The spot-on likeness of Reeve is featured on all three heads. The suit is well-tailored and just the right shade of blue to match the classic films. I love the addition of the extra hands that are made for his flight poses, as well as the wired cape. Mezco figures are sometimes hindered in articulation due to armor or suits, but not Superman. I cannot believe how well this turned out.

The Reeve Superman will always be special to me. My good friend David Rivera was the biggest DC fan and loved the Reeve Superman films. David was a wheelchair user, like Reeve after his accident, and I know he was as much a fan of the man Christopher Reeve was as he was to the Man of Steel himself. David passed away tragically before he could ever see the Justice League film or this amazing piece. I know he would love it. Mezco surpassed any expectations I had and more. Easily the best Christopher Reeve Superman figure released, in my opinion.