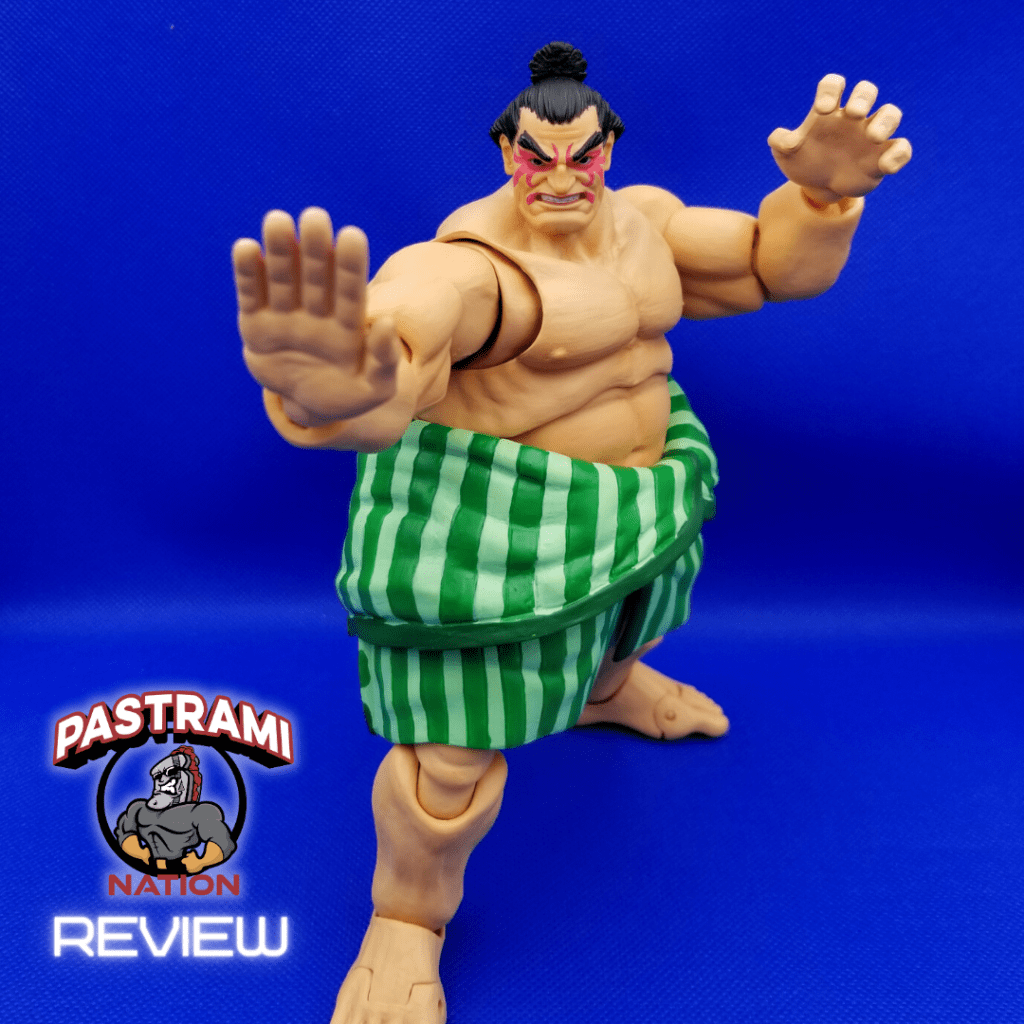 Bluefin has put out many amazing toys from various licenses, but one of my favorites is their wildly popular Storm Collectibles line of premium action figures. Storm covers many excellent properties, but their Street Fighter series has to be in my top two. The Street Fighter line has given us many outstanding figures with dead-on likenesses to their video game form, scaled accordingly with huge characters like Sagat and Zangief. Well, I recently got my hands on their newest figure, the massive sumo wrestler E. Honda, who everyone should know from the hundred hand slaps he used to give us in the arcades back in the ’90s. I got the alternate colored NYCC 2020 exclusive at that.

I was hyped for this guy when they first announced him a while back, being that I’m a fan of their larger figures and all, and he does not disappoint. You get a beefy figure complete with all the extra heads, hands, and accessories that Storm is known for. His articulation is terrific for such a big figure and improved from the articulation of some of the earlier Street Fighter characters, but still incorporating the “soft goods” body type for more posing options.

All in all, the Storm Collectibles E. Honda is an excellent figure. The beautiful packaging Storm is known for the many accessories you get when you open this plastic behemoth; this sumo is a home run of a figure. An absolute must-buy, especially if you’re like me and prefer the larger characters. So go and get him ASAP, as Storm figures are known to live by the rule “once it’s gone, it’s gone,” and you could find yourself paying ridiculous eBay prices down the road. Then you’ll be hundred hand slapping yourself for not getting him.