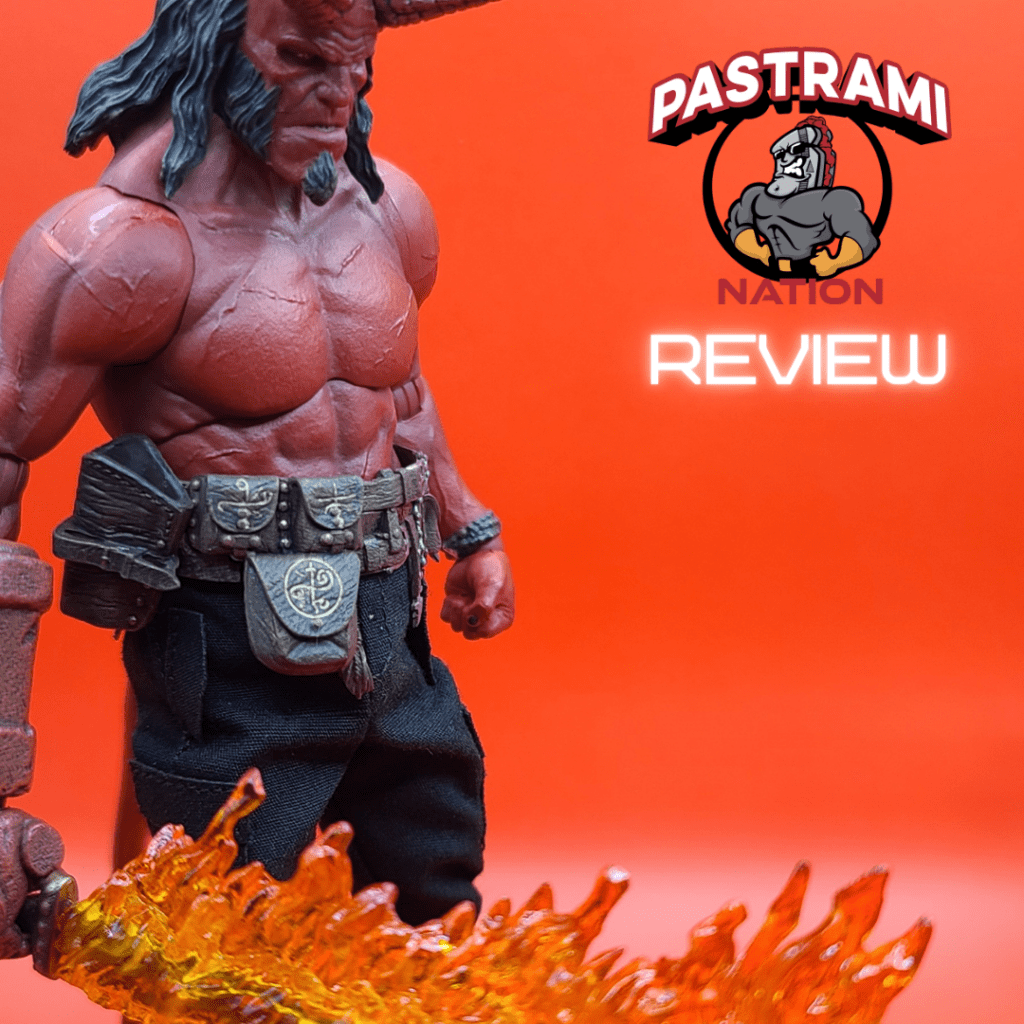 In 2019, Hellboy got the reboot treatment with Stranger Things alum David Harbour starring as BPRD’s hotshot demon. The film, though I liked it, was critically panned. Luckily. That didn’t stop Mezco Toyz’s plan for giving big red the One: 12 Collective treatment, as the figure just hit shelves a few months back. There was a regular and a Previews PX version, and the Previews version is what I am taking a look at today.

The PX version comes in a nice tin, which looks fantastic. There are a few significant differences between the standard releases and this one, and I think those differences make the PX version the way to go. Those differences are an alternate, horned head (Anung Un Rama), a flame crown for it, a flaming sword, and a BPRD shirt.

The figure also comes with alternate hands, a horseshoe, a gun, a base, and more. Looking at the figure, the detail here is impressive. I have been a fan of this line since their first figure; the Dark Knight Returns Batman. From that figure to Hellboy, you can see the absolute progression of a toy company and an action figure line. The detail in the belt, the holster, the right hand of doom, the facial expressions, it’s all so amazing. The flame effect on the sword is so amazing. The golden sword on its own is very thin, but inside the flame effect, it is one of the most fantastic accessories Mezco has done.

I really like the trenchcoat and t-shirt; they help bring to life the Hellboy we see on screen. The coat has the BPRD logo on it, as does the shirt. The shirt takes some work to put on the figure, but it’s worth the extra time. The trenchcoat has a wire running on the bottom of the coat for posing.

I will say that this is the best Hellboy figure since Mezco did a line based on the comic book version of Hellboy years ago. Mezco has created the most iconic and detailed version of Hellboy to date, showing that once again, action figures can be works of art as well. Pick this one up while you can.