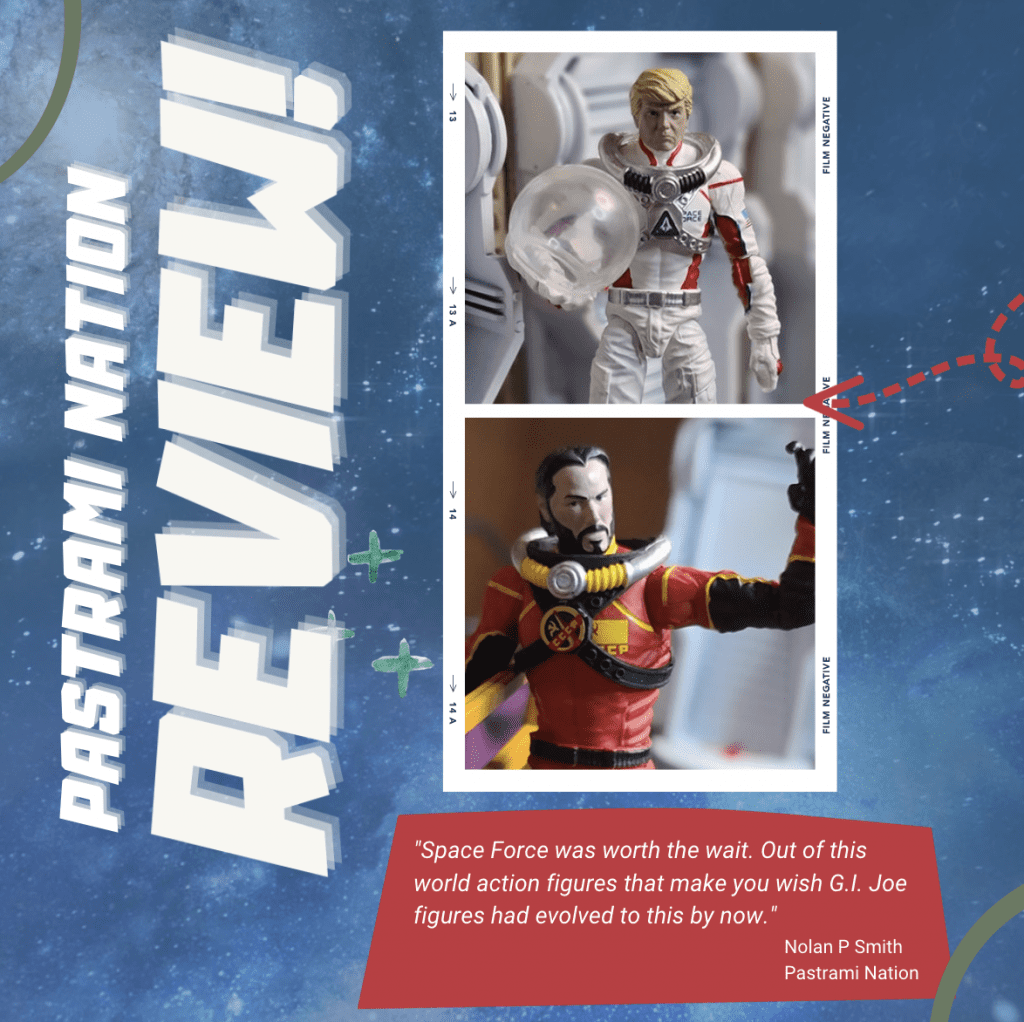 Okay, this one is a long time coming. I backed the Space Force Kickstarter when it first launched, and now the figures are finally here. From Amazo Toys and Fresh Monkey Fiction, these three figures create many possibilities when it comes to 1/18th scale figures.

I picked up one of each of the basic figures- red, blue, and the soviet color scheme. Each figure has one masked head, five alternate unmasked heads, variant hands, guns, and a Space bubble to complete the loom. The packaging on these guys is unique, with a cylinder-like, “beam me up, Scotty” vibe to it, which works very well. As for the figures themselves? Let’s dive into it.

These are sturdy, well-made figures. Built similar to the Eagle Force and Dime Novel Legends lines, these figures boast a fantastic array of articulation. Before working the joints, I would recommend the old “hot water” trick to prevent any initial breakage. I heated all of them up before posing, and they work great. The interchangeable heads are so much fun: from Trump and Obama to Uncle Sam, Tesla, and even a John Wick style head, you can make many combinations from the heads you have available here.

Space Force was worth the wait. Out of this world action figures that make you wish G.I. Joe figures had evolved to this by now. These are some of the best 1/18th scale figures I have ever had; they look and feel great and have fantastic paint apps and sculpts. I hope we see more like this from Amazo and Fresh Monkey Fiction in the future- I would be on board for more space-faring fun.

Nolan P. Smith is the Editor in Chief and Co-Founder of Pastrami Nation. For the past ten years, he has worked for various media outlets, from newsprint to the ever-evolving internet platform. Residing in Pinon Hills, CA, writing has always been a significant aspect of his life. A husband, reporter, teacher, public relations specialist, and more. You can follow him on Twitter and Instagram at @pastramination.