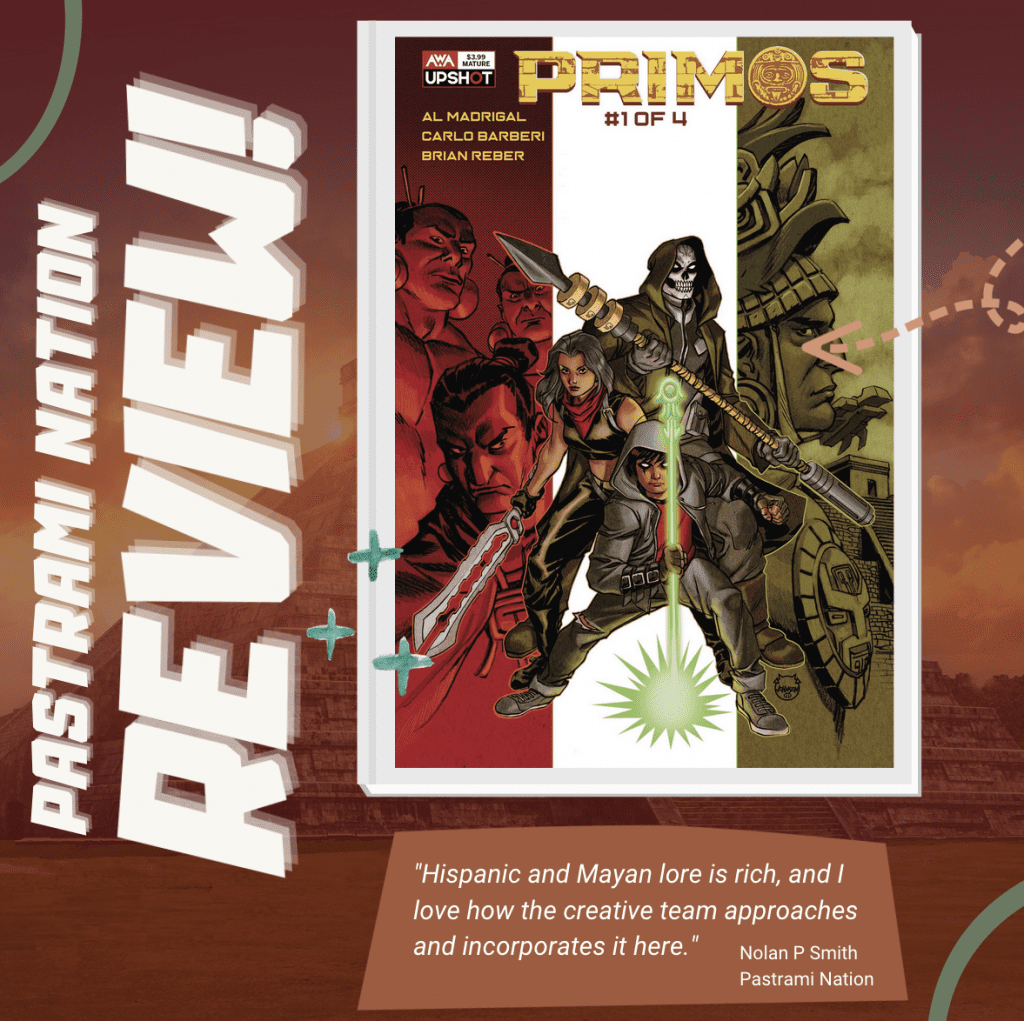 A comic book comes along that sucks you right back into the game every once in a while. Granted- I’ve slowed down on the comic book world these last few months, but AWA Studios’ Primos pulled me back in, and I’m glad it did.

From Al Madrigal, Felipe Flores, Carlo Barberi and Brian Reber, and Andworld Design. The story follows Ricky, a young man who isn’t the most responsible. But after being visited by an ancient Mayan ancestor, he is granted powers of sorcery, powers that run in his family’s lineage. He isn’t alone, as some of his cousins (or primos) have abilities as well and have been fighting the good fight for a while now. Ricky had to learn quickly how to use his powers to protect his mom and little brother from ancient beings sent to destroy them.

This book is a breath of fresh air- the writing here is solid and paced very well, making the book feel like it’s so much shorter than it is. The dialogue is so down to Earth, so youthful, that Madrigal has perfectly captured the essence of 2022 and our youth. The artwork here is superb- vibrant, iconic designs and expressions that leap off the pages. I love the back story of the Mayans and their gods and how it connects to the present day.

Primos #1 is an excellent debut into a brand new world in comics. Hispanic and Mayan lore is rich, and I love how the creative team approaches and incorporates it here. You got me back into comics, Primos; let’s see what the next issue brings—highly recommended.

Nolan P. Smith is the Editor in Chief and Co-Founder of Pastrami Nation. For the past ten years, he has worked for various media outlets, from newsprint to the ever-evolving internet platform. Residing in Pinon Hills, CA, writing has always been a significant aspect of his life. A husband, reporter, teacher, public relations specialist, and more. You can follow him on Twitter and Instagram at @pastramination.