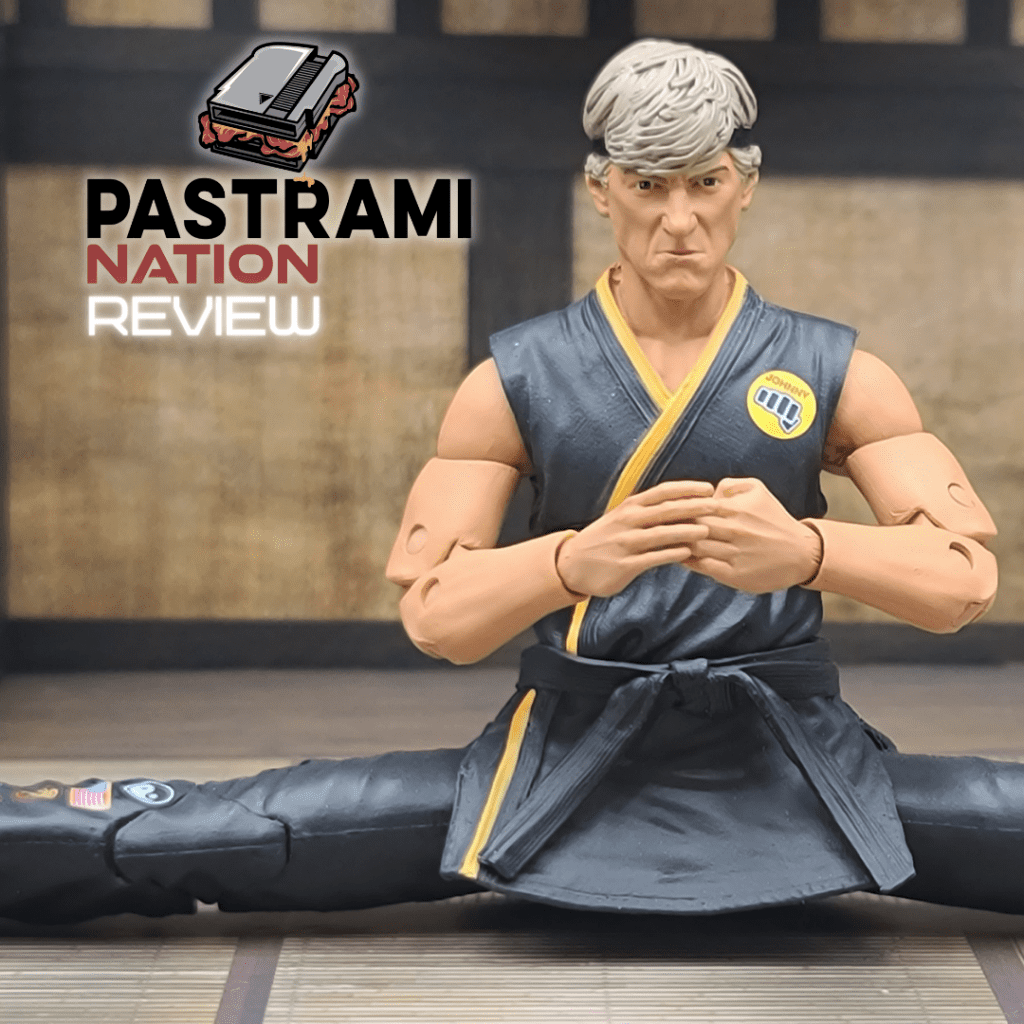 He was the king of the 1980s, well, before that kid from Reseda showed up. The bad boy of Cobra Kai is now a six-inch action figure thanks to Icon Heroes. Does the figure go for the gold, or does it catch a crane kick to the head?

This is my first purchase from Icon Heroes, and I am thoroughly impressed. The figure comes in a window box and includes two extra heads and multiple hands. The sculpt and detail on this figure look fantastic. The figure has a sturdy feel with a matte paint finish. I would compare this figure’s articulation to the Marvel Legends as it boasts a significant amount of articulation.

One of the leg joints was loose on the figure I received, but it’s a minor gripe on an otherwise great figure. The hands are easily swappable, as are the heads. I am incredibly impressed with Icon Heroes and how they delivered the best Karate Kid figures ever created.

My hope is to get Daniel and the white suite Johnny soon as well, and I hope that we see more characters in the future- Miyagi being first on my list. If Icon Heroes could get the Cobra Kai license, I would be ecstatic, as an older Johnny figure would be amazing. If you are a fan of the film or need a figure to sweep the leg of the rest of your collection, then Johnny is a must-buy.