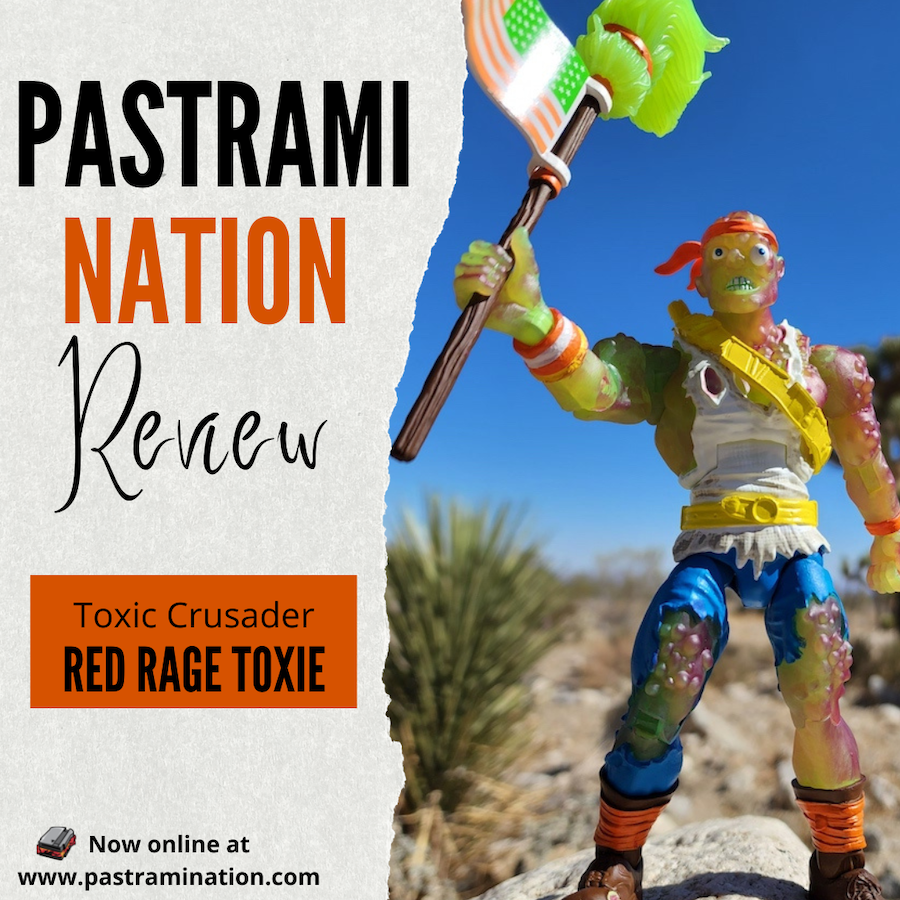 Of the vast licenses that Super7 has, one of the most interesting has to be the Toxic Crusaders. Inspired by the violent Toxic Avenger film, Toxic Crusaders was a kid-friendly animated series that was more about environmental awareness than gore. The protagonist is Toxie, a loveable misfit with an unsightly appearance. Super7 has released a few Ultimates! versions of Toxie, for this review, I take a look at the latest: the Red Rage Toxie.

The figure comes in the fantastic Ultimates! packaging Super7 is known for. Toxie comes with a mop and flag attachment, grenades, a shield, and more, all in translucent neon colors, as is the entire Toxie figure. Not only that, but in the sun, Toxie turns a dark red rage colorway that looks amazing. The figure is loaded with the articulation the Ultimates! line is known for. Durable, the figure has impressive posing possibilities and is a terrific variant for such an odd yet amazing character.

Toxie is his Red Rage version is a welcome addition to my Super7 collection. This is a fun and fantastic figure that is vibrant and a variant that is perfectly suited for Toxie. I can’t wait to see the latest Toxic Crusaders coming next year.