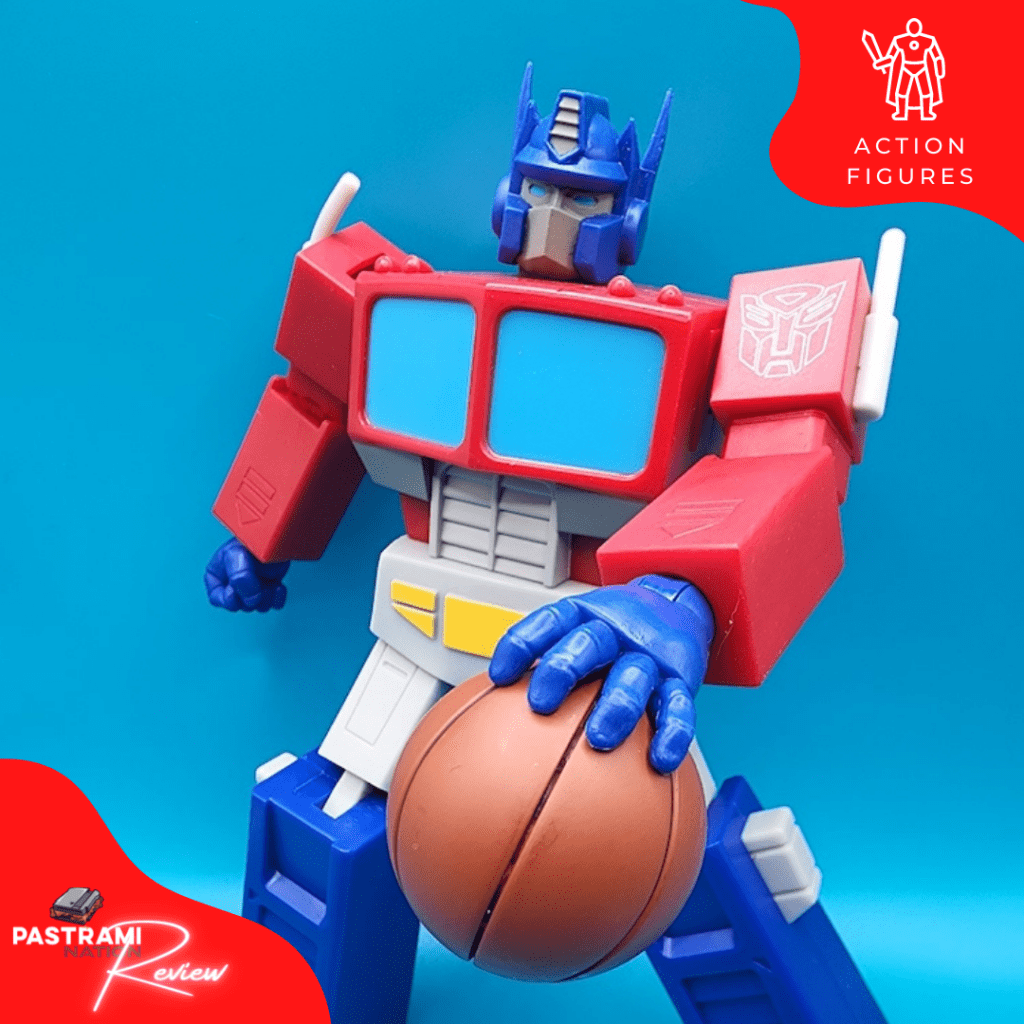 Our Super7 Saturdays continue with my first review of the new Transformers Ultimates! line. When you think of Transformers, the first one that comes to mind is the heroic leader of the Autobots: Optimus Prime.

When it was announced that Super7 would be creating a 7-inch line of non-transforming Transformers, there were the skeptics for sure. But being a fan of the old Action Masters line, I was super excited. Plus, Super7 had just released the fantastic Voltron Ultimates!, which is one of my favorite Voltron figures.

The first thing I want to draw attention to is the package, which boasts a slipcase window box with foil artwork and an energy chart on the back, a great callback to the classic figures. I will repeat it: Super7’s attention to detail on the packaging makes it the best packaging on the market.

Now, the figure itself: this is one beefy Optimus Prime. He has many accessories, including an original G1 cartoon-inspired head, jetpack, surfboard, basketball, Energon restraints, ax, the Matrix of Leadership, a blaster, Spike figurine, and extra hands. The Ultimates! line is known for its expansive accessories, and Optimus Prime is a “prime” example.

At first glance, Optimus Prime doesn’t look like he has a whole lot of articulation, but it is well hidden, much like the Voltron Ultimates! figure. I am thoroughly impressed with the posability here, you can pose this figure dynamically, and it still retains the animated aesthetic. I cannot wait to dive into the other three figures in this wave. Optimus Prime is ready to roll out, so be sure to pick this up while you can. All you need is a little Energon and a lot of luck.