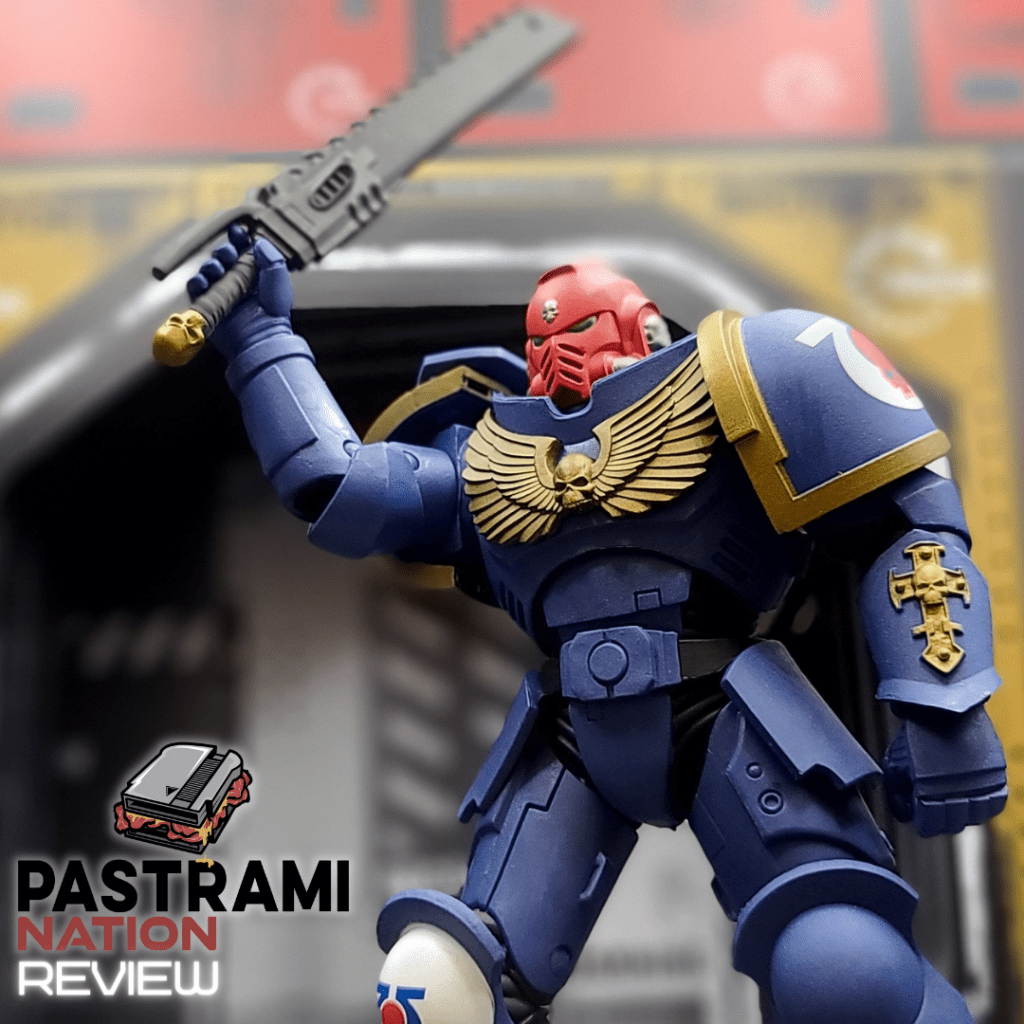 McFarlane Toys has been winning when it comes to impressive lineups of licensed action figures. One of the biggest licenses they landed has been the wildly popular Warhammer 40,000. When I first saw the Ultramarine Primaris Assault Intercessor, I knew I had to pick it up.

So, full disclosure- I know next to nothing about Warhammer 40,000. I know Warhammer is super popular, and I have always loved the designs, but I never got into it. This action figure, though? I can get into this. This massive, weighty Ultramarine is so impressive. The 7-inch scaled figure comes with multiples weapons and a standard base, but the most impressive part is the hulking figure itself. From the sculpt, paint apps, and articulation, McFarlane Toys delivers big time.

I never understood the different color helmets that don’t match the armor, but that doesn’t matter here. The Ultramarine is done so wonderfully- the attention to detail in the armor and helmet is fantastic. The matte paint apps are perfect for this figure, as it brings out the detail without being too shiny or loud. It has excellent articulation for such a beefy figure, much of it hidden exceptionally well by the armor design.

Again, I know nothing of Warhammer, but I know a fantastic figure when I see it- and this is one. I am floored by this figure and excited to see what McFarlane Toys brings next. You don’t have to be familiar at all with the franchise to appreciate the amazingness of the Ultramarines Primaris Assault Intercessor. For Warhammer 40,000 fans, this is your action figure dream come true.

Rating: 4.5 Pastrami Nations out of FIVE.