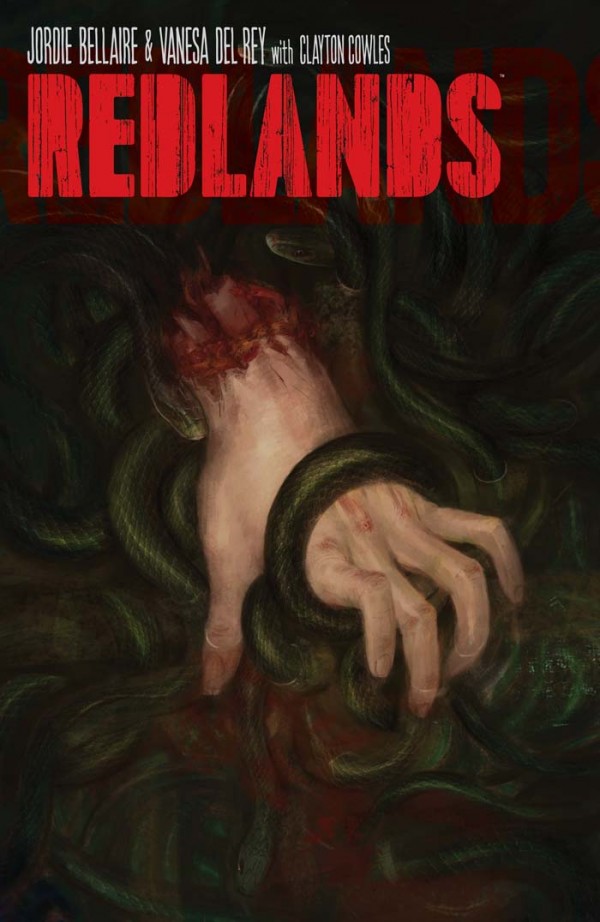 I don’t know about you, but I have been waiting for this book to come out since I first heard mention of it months ago. Let me tell you, it does not disappoint. Image Comics brings us another astounding debut with Redlands #1, which is set to be released on August 9th.

The story opens up on a hanging tree in flames, and oddly the three, swinging nooses are not only intact, but empty. Eerie indeed.  Through a series of mysterious deaths, we are introduced to the small town of Redlands, which seems to be (for the present time) run by the sheriff. Jordie Bellaire, known more for her awesome work as a colorist on Pretty Deadly and the World’s Worst Superheroes, has delivered a hair raising tale.  Along with artist Vanessa R. Del Rey, known for her artwork in the Hit and the Empty Man, they both, through their witchy, and hell-bent characters of Ro, Bridget, and Alice,  challenge the all male dominance and take back the control.