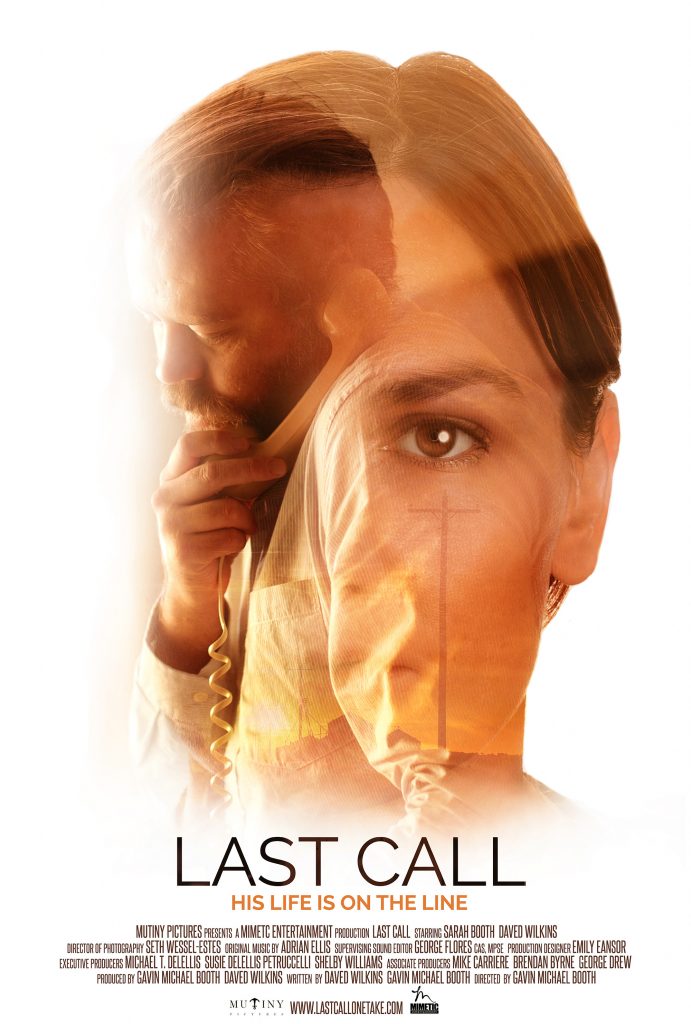 Every 40 seconds, someone in the world takes their own life.

According to the WHO, 800,000 people take their own life every year- and the numbers are rising. In the US alone, suicide rates have increased significantly between 1999 and 2018.

In 2018, over 10 million American adults considered taking their own life, more than 3 million made a plan to do so, and 1.4 million attempted suicide.

LAST CALL stars Daved Wilkins (The Mindy Project) and Sarah Booth (The Moodys) in a film that follows a suicidal alcoholic on the anniversary of his son’s death. When he attempts to call a crisis hotline, a misdial connects him with a single mother working as the night janitor at a local community college. The split-screen feature showcases both characters in real-time as they navigate a life-changing conversation.

The film, the latest for award-winning filmmaker Gavin Michael Booth, is presented in a split-screen format over real-time across two long takes shot simultaneously.