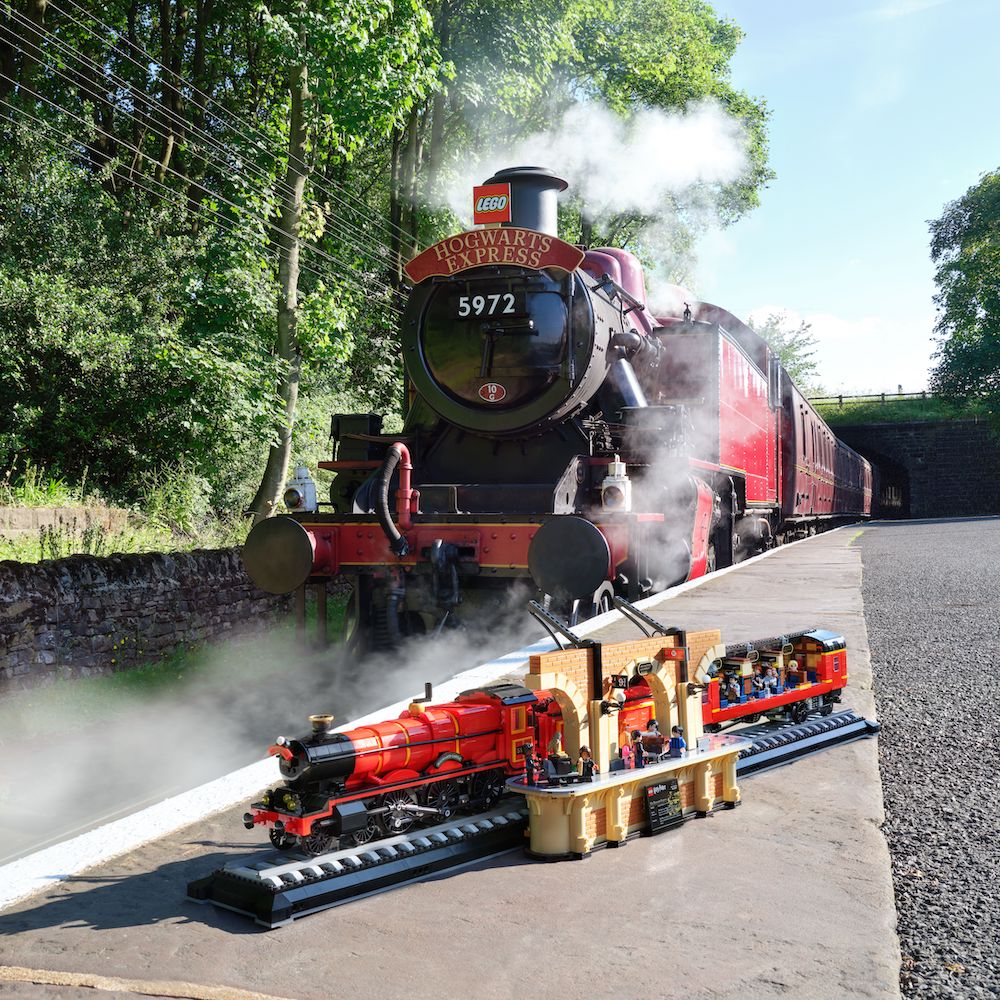 ALL ABOARD! NOW YOU CAN PLAY AND STAY ON THE LEGO HARRY POTTER HOGWARTS EXPRESS

In celebration of the new LEGO® Harry Potter™ Hogwarts Express™ Collector’s Edition set, the LEGO Group is offering fans the opportunity to win the chance to play, build and stay on a real LEGO Hogwarts Express train.

Open to families (two adults and two children) the competition winners will get to take part in a magical adventure along one of the United Kingdom’s most beautiful heritage railway lines. The one-night experience also includes playing with the new LEGO® Harry Potter Hogwarts Express set, a movie screening and a luxury stay in a bespoke carriage, peppered with moments of LEGO and Harry Potter magic.

The new LEGO set measures a whistle blowing 118cm long and is your ticket to a magical LEGO adventure. Rich in details both inside and out, the model includes the steam engine, the coal car, the passenger car featuring light up bricks, and a spectacular replica of Platform 9 ¾, which can be attached in several different places. The full train sits on a track-display-base and includes a turning lever to activate the wheels.

Marcos Bessa, LEGO Designer commented: “The Harry Potter movies ignite that feeling of magic within us all. When we were working on this set, we wanted to bring to life different moments from across the movies. Whether your favourite is the original trio meeting on the train or moments from movies later in the series, this set really brings back spellbinding memories from all of our favourite parts of the Harry Potter films.”

The LEGO Harry Potter™ Hogwarts Express ™ Collector’s Edition set is priced at the recommended retail price of £429.99 / €499.99 / $449.99 and is available from 31st August 2022 via LEGO Stores and www.lego.com/hogwarts-express, where you can also find out more and enter the competition. To enter the competition you have to be a LEGO VIP member (which is free to join) and answer a series of questions. Find out more at www.lego.com/VIP