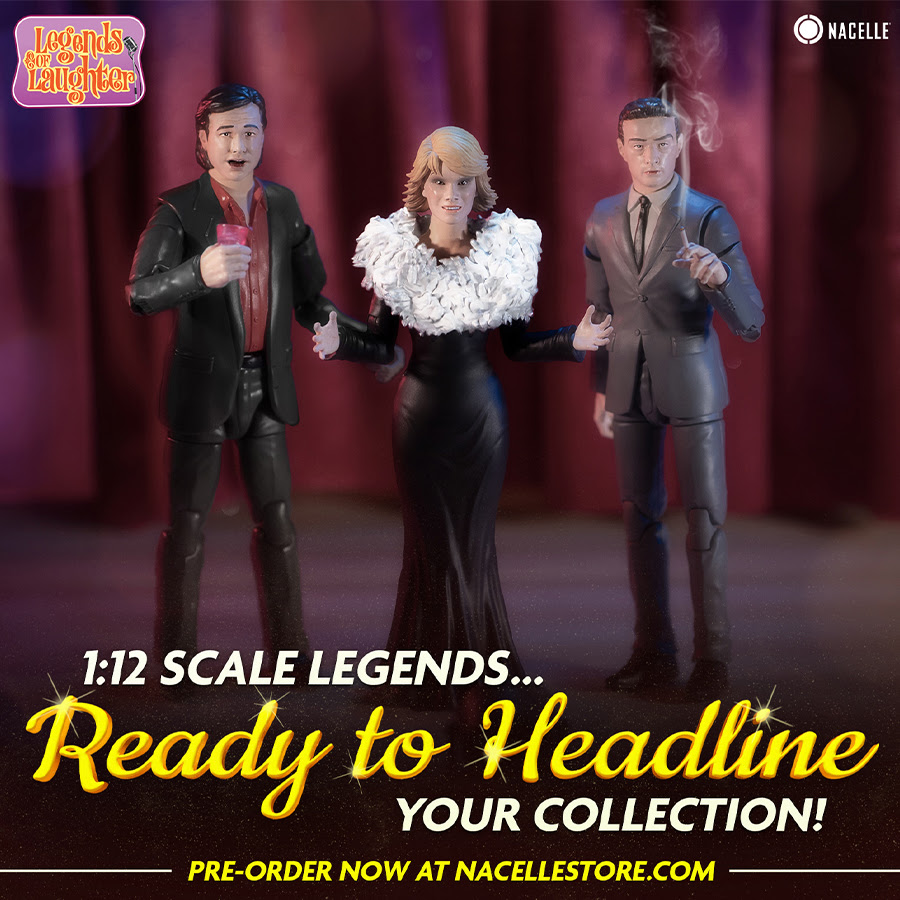 Get yours now at Nacellestore.com!

Bill Hicks is one of the most influential artists of the twentieth century, hands down. He is considered as one of the masters of dark and observational comedy. He is the sarcastic and satiric voice of society which altered people’s perception of events and made them see things from a different angle. His famous philosophy on life, ‘It’s Just a Ride’, is a perfect reflection of his personality and continues to encourage his fans to live life with conviction, integrity and love.

Get your Bill Hicks Legends of Laughter action figure here.

Joan Rivers is more than just a comedian; she is a force of nature and an unparalleled legend in the entertainment industry. For over 50 years, Joan pioneered her own brand of irreverent, unconventional comedy, leading her to become an internationally recognized celebrity, Emmy-award-winning talk-show host, Grammy-award-winning performer, Tony-award-nominated actress, bestselling author, playwright, screenwriter, film director, columnist, lecturer, radio host, jewelry designer, entrepreneur, and the renowned creator of the modern day “red carpet,” Joan is also the first woman to break the glass ceiling of male-hosted late-night television.

Get your Joan Rivers Legends of Laughter action figure here.

Lenny Bruce’s open, free-style and critical form of comedy catapulted him into legendary status as a comedic pioneer that showcased satire, politics, religion, sex, and vulgarity in his act. Lenny’s 1964 conviction in an obscenity trial was followed by a posthumous pardon, the first in New York State history, by then-Governor George Pataki in 2003. He paved the way for future outspoken counterculture-era comedians, and his trial for obscenity is seen as a landmark for freedom of speech in the United States.

Get your Lenny Bruce Legends of Laughter action figure here.