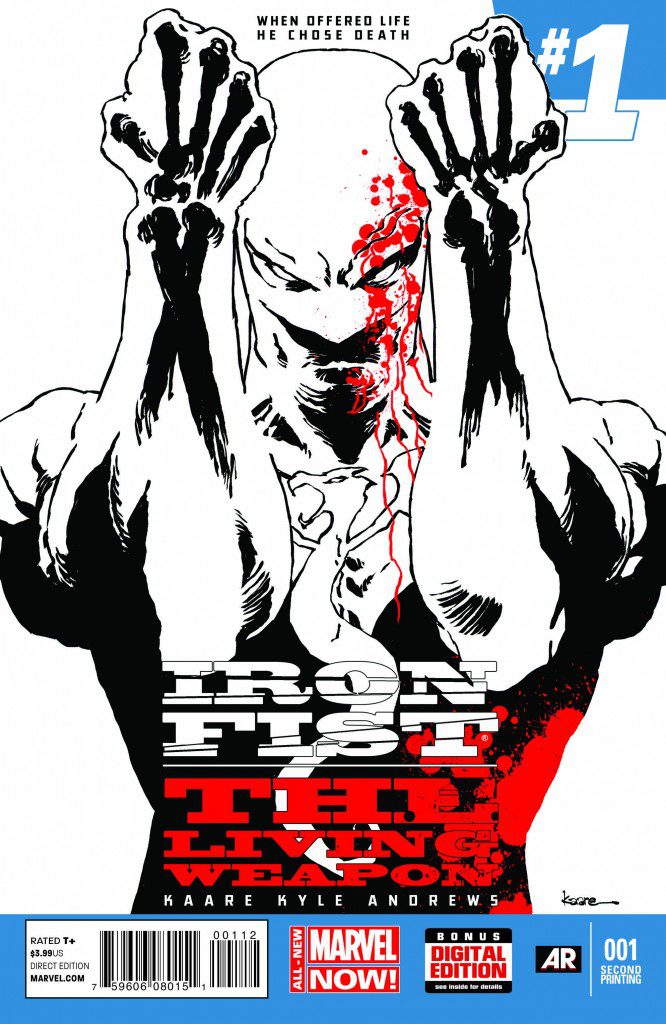 (New York)– You already know All-New Marvel NOW! has everyone buzzing – and today Marvel is proud to announce that even more red-hot titles have sold out at the distributor level and will immediately return to press! Missed out on great titles like  ALL-NEW GHOST RIDER #2, IRON FIST: THE LIVING WEAPON #1, CAPTAIN MARVEL #2, DEADPOOL VS CARNAGE #2, and SHE-HULK #3 the first time? Well, now is your second chance!

Critics and fans have spoken, and these series are the talk of the comics industry. These buzzed about titles join well over 60 others that have sold out and returned for second printings in 2014 alone! All-New Marvel NOW! is not to be missed, and now is your second chance to snag a copy of these exciting issues that have everyone talking!

Don’t believe us? Here’s what the critics had to say!

“This book is incredible and worth your hard earned bucks for its pretty, pretty pictures alone. Don’t let another awesome Iron Fist story slip past you. Pick this up now.” – IGN, on IRON FIST: THE LIVING WEAPON #1

“If you’re going to revamp a character for the modern era, this is a great template on how to succeed.”
– Comic Book Resources on ALL-NEW GHOST RIDER #2

“This is one of the best books on the shelf, if for no other reason, than for how different from other books it is…If you’re not reading this book, there’s still plenty of time to hop onboard”
– Comic Vine on SHE-HULK #3

“This series is every bit as fun and wacky as a book predicated on pairing the two craziest killers in the Marvel Universe together should be” – IGN, on DEADPOOL VS. CARNAGE #2

Retailers are strongly encouraged to check their orders on future issues of these runaway hit series, as All-New Marvel NOW! continues to garner critical acclaim and mainstream media buzz from all corners of the entertainment industry.

To find a comic shop near you, visit www.comicshoplocator.com or call 1-888-comicbook.
For comics anytime, anywhere check out comicstore.marvel.com and www.marvel.com/mobile
Marvel Entertainment, LLC, a wholly-owned subsidiary of The Walt Disney Company, is one of the world’s most prominent character-based entertainment companies, built on a proven library of over 8,000 characters featured in a variety of media over seventy years. Marvel utilizes its character franchises in entertainment, licensing and publishing. For more information visit www.marvel.com