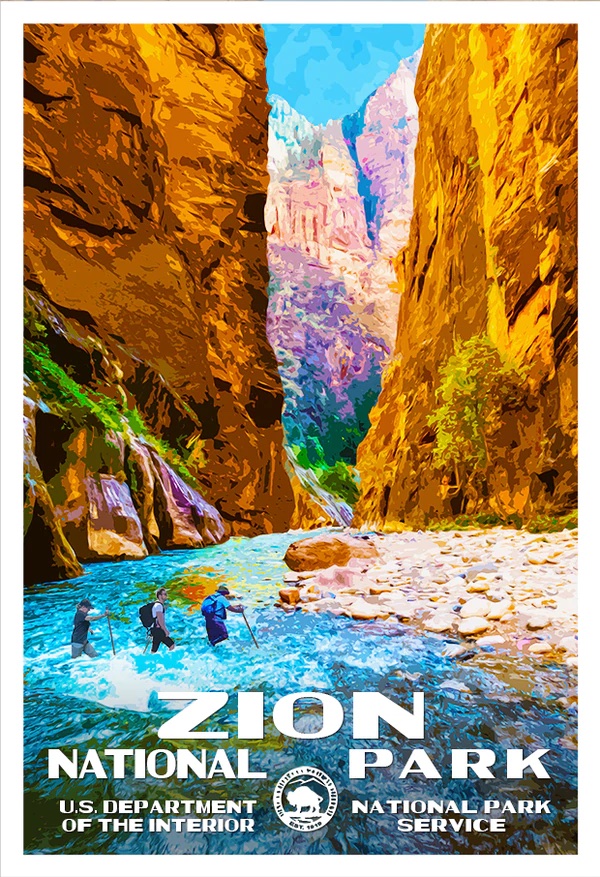 Photographer and graphic artist Robert Decker (https://national-park-posters.com/) recently spoke about the growing desire of Americans to get out and travel the country again, especially as spring approaches. Exploration of the country’s natural beauty is at the heart of Decker’s National Park Poster Project – an extensive collection inspired by the iconic Works Progress Administration campaign of the late 1930s which encouraged Americans to travel. Photographer Decker has expanded on the original theme, rendering dozens of new posters that showcase well-loved American destinations. His work has been featured by CNN Travel, Newsweek, Reader’s Digest, Sierra, Popular Mechanics, Mountain Living, and more.

“The art is deeply moving because it evokes the emotions of a time when there was this spirit of adventure,” said Decker. “Part of the reason behind the WPA campaign was to encourage people to get out and explore America, because everyone should have a chance to see these places. It’s not just the awe-inspiring landscape; it’s also the country’s culture and history encapsulated in each place. I’ve taken that original art style – that nostalgia – and added many more locations. My goal is to create posters for each of the 63 major national parks – so far, I’ve represented 51 of them. It’s really an important collection of pure Americana.”

Having studied under Ansel Adams when he was just 19 years old, Decker has since traveled the country making photographs to then design and produce more than 75 original posters for the National Park Poster collection: parks, seashores, lakeshores, recreational areas, and a wide swathe of other famous National Park Service destinations. Each poster is created from his original photographs and printed on “Conservation,” a 100% recycled stock with soy-based inks. All posters are dated and signed by Decker before being shipped.

National Park Posters is the premier source for original art of America’s national parks. Artist Rob Decker is the creative spirit behind the project, donating 10% of annual profits to multiple organizations that support our national parks. Explore the posters and learn more at: https://national-park-posters.com/.