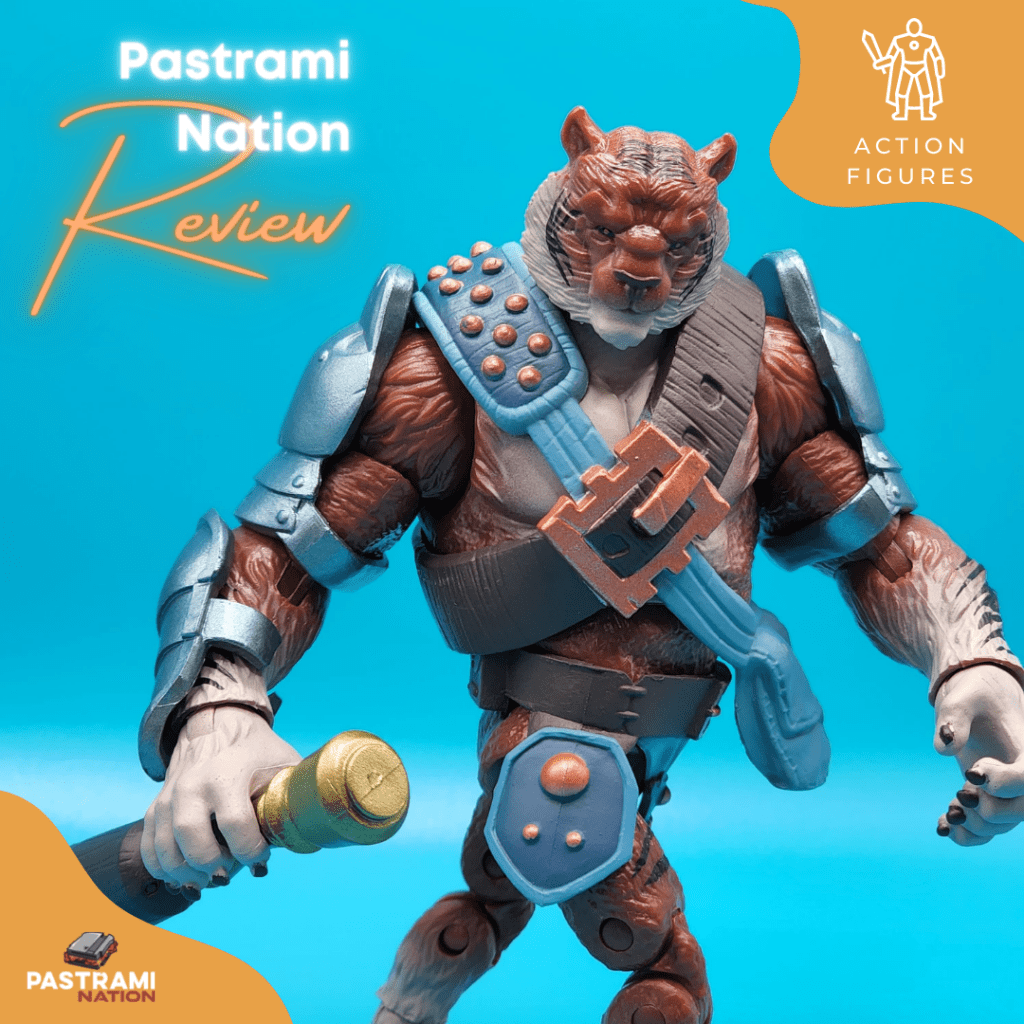 The Animal Warriors of the Kingdom line from Spero Toys have been fantastic. Their anamorphic warriors in 3 3/4 scale add depth to anyone’s 1/18th scale collection. With their deluxe line of figures, they created larger, more imposing characters to tower over the regular lineup. I am checking out the notorious Benghus Kahn today, diving headfirst into this line.

The five-inch scale deluxe figure is imposing in hand as well. Decked out in armor, the figure comes with a massive mega-club smasher, as well as extra hands and an alternate head. This is my first of the deluxe figures, and I have to say- I’m impressed. The figure stands well on its own, which is no easy feat these days. Boasting 18 points of articulation, this is one awesome tiger. As with all new figures, I recommend placing them in boiling hot water before working the joints- it might save you the frustration of breakage.

The articulation works exceptionally well, only slightly hindered by the armor pieces. The club fits nicely in his hand, adding a fantastic aesthetic to the warrior. He scales extremely well with average-sized 1/18th scale figures and works with different lines, like Joy Toy. Since I was a kid, I have been a fan of the scale, so it is incredible to see companies like Spero keeping the scale alive in such fantastic ways.

Benghus Kahn is a solid, imposing figure and a great example of what 1/18 scale figures can be. Animal Warriors of the Kingdom have some fantastic, original characters; I can’t wait to see what’s next in the line.