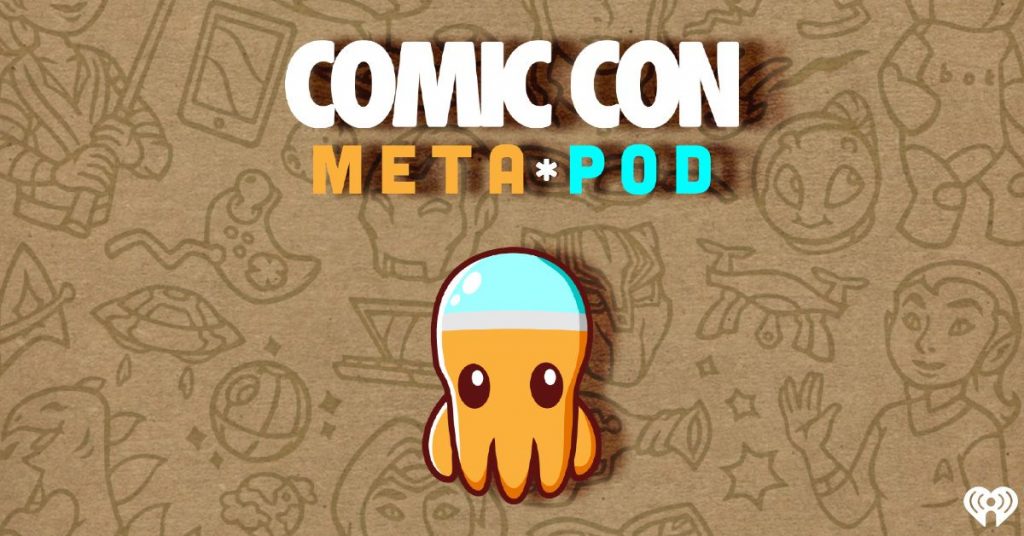 “We couldn’t be happier that our podcast has launched on an epic day for the nerd community – May the fourth,” said Chris DeMoulin, CEO at Comikaze Entertainment, L.A. Comic Con’s parent company. “Our show hosts, Hector and Joelle, have great chemistry and will be an awesome duo for listeners, who will be able to hear from some of the most beloved names in comic books, video games, anime, film, television, and more. This will also be a sure way to keep the community informed about the latest breaking news in the industry each week— giving L.A. Comic Con a strong foothold in the digital world as new media becomes the dominant form of sharing information and connecting with the expanding nerd audience.”

Each week, “Comic Con Meta*Pod” will feature an eclectic mix of interviews with celebrities, comic book creators, and the entertainment professionals that breathe life into your favorite pop culture media, discussing all your favorite genres from sci-fi, video games, anime, comic books, film and television. Confirmed guests for future episodes include renowned actors such as Donald Faison (Scrubs, Clueless), Seth Green (FamilyGuy, RobotChicken, AustinPowers), and Sarah Chalke (Rick and Morty); along with the brilliant minds behind some of the most celebrated comic creations such as Trina Robbins (Wonder Woman), Peter David (The Incredible Hulk), and Jim Krueger (Justice).

“When iHeart teamed up with Los Angeles Comic Con, I was ecstatic. To be able to work with such an incredible team including Los Angeles Comic Con’s Chris Riley and the wildly talented Hector Navarro was an honor,” said Monique. “We can’t wait to hear back from the global convention community. We’re honored to present our show to the incredible people who make pop culture conventions so special. “

Each show will consist of a rundown of the latest nerd news headlines, where Joelle and Hector recap the top pop culture stories of the week. This will be followed by guest interviews featuring actors, showrunners, comic book creators, content creators, influencers, and other entertainment industry professionals. Lastly, each episode will end with a lively rotating segment, including but not limited to: trivia battles, nerd debates, expert fandom deep dives, music spotlights with celebs and themed bands, and comic book reading recommendations.

“Comic Con Meta*Pod” is distributed by the iHeartPodcast Network and new episodes will drop every Wednesday on iHeartRadio and all other platforms. You can listen to the first episode of the podcast here: https://www.iheart.com/podcast/1119-comic-con-metapod-96144484/