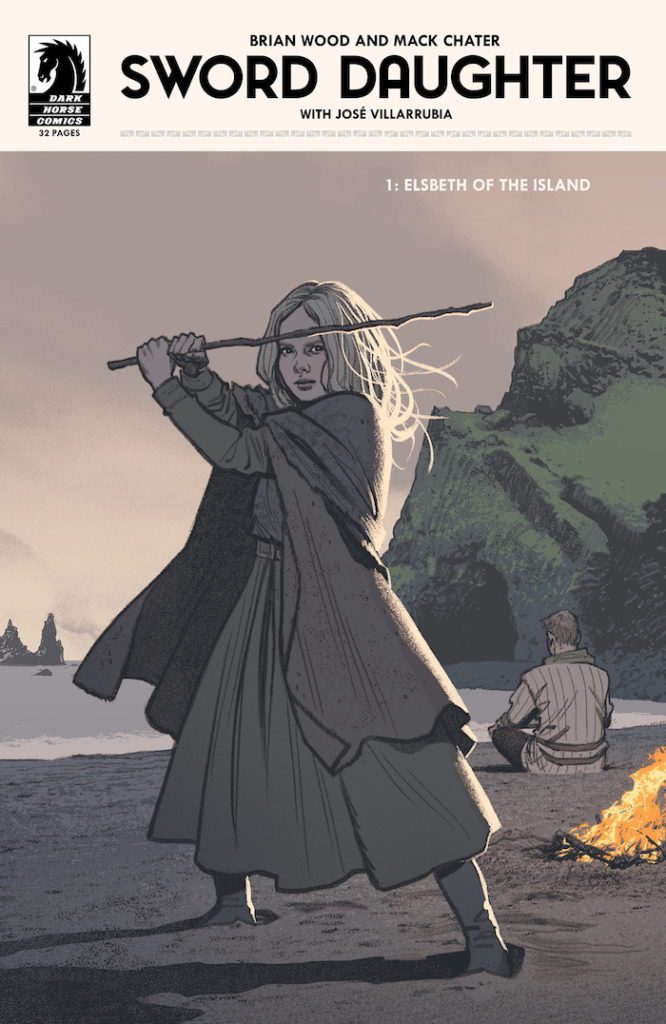 This summer, writer Brian Wood, artist Mack Chater, and Dark Horse Comics will unleash the new ongoing comic book series SWORD DAUGHTER, a Viking revenge saga unlike any other. The co-creators of the acclaimed Briggs Land, along with colorist Jose Villarubia, letterer Nate Piekos and cover artist Greg Smallwood, are creating a raw and violent story that is a testament to the power of redemption and the resiliency of family, and a visually stunning tribute to samurai cinema.

In SWORD DAUGHTER, the Forty Swords arrive at night and, under the cover of darkness, murder an entire village. Only two people survive the slaughter: the infant Elsbeth and her grief-stricken father, Dag. Setting off on a revenge quest that will span the width of Viking Age Europe, they find the key to repairing their damaged relationship lies in the swords they carry.

“I find endless inspiration in history, and specifically Norse history, the struggle of men and women to survive amidst violence and forbidding landscapes,” said Wood, who previously wrote and co-created the acclaimed Viking comic book Northlanders. “In SWORD DAUGHTER, Mack and I are bringing in very relatable themes of protecting your kids, preparing them for survival in an uncaring world, and the guilt that comes with knowing there’s only so much you can do. The father, Dag, has effectively abandoned his infant daughter for ten years, and now that he’s back he’s realizing that his daughter had gotten along without him, despite him. Having a place in her life and in her heart is not automatic. He has to atone for his past and earn her trust.”

“I’ve always loved European comics, Bande Dessinee,” said Chater, the acclaimed graphic novel artist and former video game art director. “I grew up reading them and loved how they used the visual narrative of a book to tell a story. The color palette could reflect both the landscape and the tonal feel of the book, to elicit an emotional response from the reader. As soon as Brian and I started talking about SWORD DAUGHTER, we both realised that we had similar loves, from those classic Bande Dessinee to the old samurai movies like Sanjuro or Harakiri, and that this would be the perfect book to show these influences and loves visually.”

“The influence of samurai cinema is evident in the structure of the story, the classic revenge-quest narrative, and the overt nods to things like Lone Wolf & Cub, Red Sun, and Lady Snowblood,” said Wood. “And each issue is eight pages longer than the standard monthly comic, so we can linger on locations and let moments land properly.”