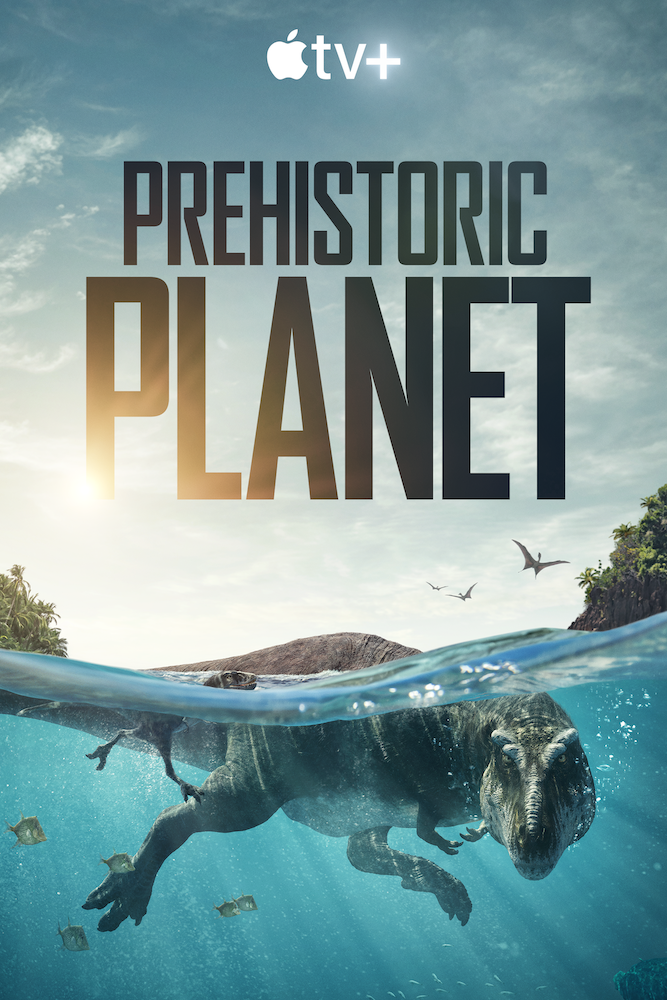 Apple TV+ revealed the trailer for its highly anticipated natural history event series “Prehistoric Planet,” from executive producers Jon Favreau and Mike Gunton, and BBC Studios Natural History Unit (“Planet Earth”), and narrated by Sir David Attenborough. Set to debut globally on Apple TV+ from Monday, May 23 through Friday, May 27, the five-episode groundbreaking series will transport viewers 66 million years in the past to discover our world — and the dinosaurs that roamed it — all in stunning detail and set to an original score by multiple Academy Award winner Hans Zimmer.

Rolling out with one new episode per day, “Prehistoric Planet” combines award-winning wildlife filmmaking, the latest paleontology learnings and state-of-the-art technology to unveil the spectacular habitats and inhabitants of ancient Earth for a one-of-a-kind immersive experience. This series is produced by the world-renowned team at BBC Studios Natural History Unit with support from the photorealistic visual effects of MPC (“The Lion King,” “The Jungle Book”). “Prehistoric Planet” presents little-known and surprising facts of dinosaur life set against the backdrop of the environments of Cretaceous times, including coasts, deserts, freshwater, ice worlds and forests. From revealing eye-opening parenting techniques of Tyrannosaurus rex to exploring the mysterious depths of the oceans and the deadly dangers in the sky, “Prehistoric Planet” brings Earth’s history to life like never before.

Apple TV+ is home to award-winning Apple Originals from today’s most imaginative storytellers. Apple TV+ offers premium, compelling drama and comedy series, feature films, groundbreaking documentaries, and kids and family entertainment, and is available to watch across all your favorite screens. After its launch on November 1, 2019, Apple TV+ became the first all-original streaming service to launch around the world, and has premiered more original hits and received more award recognitions faster than any other streaming service. To date, Apple Original films, documentaries, and series have been honored with over 240 wins and more than 960 award nominations and counting, including this year’s Oscar Best Picture winner “CODA.”