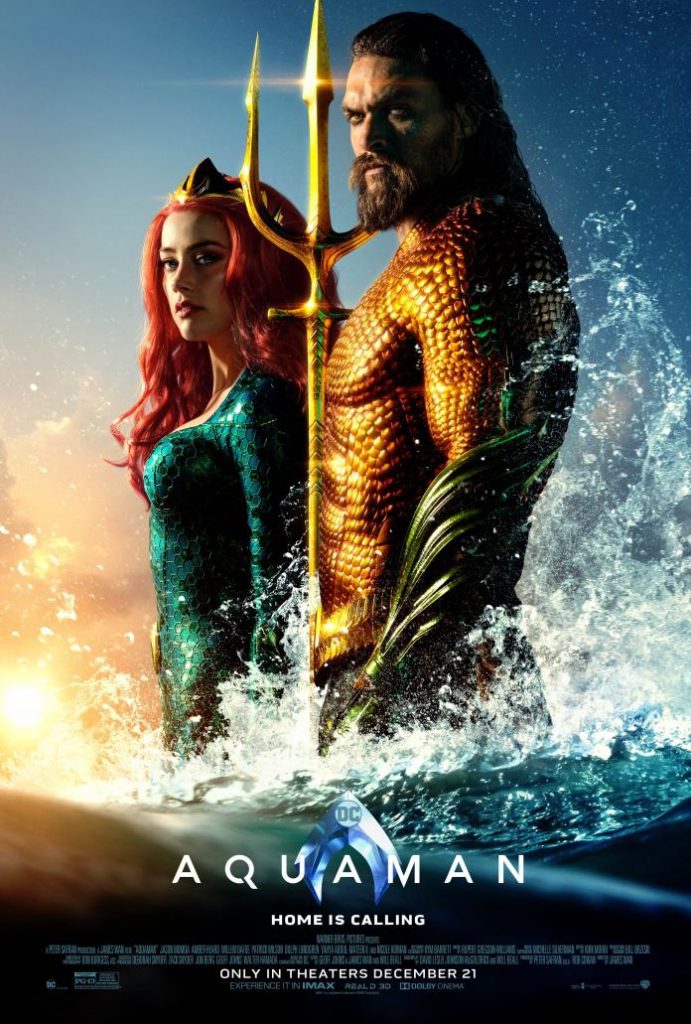 Aquaman Review: King of the Sea

DC Comics hasn’t had the best luck when it comes to their cinematic universe. From the confused Batman V Superman to the storied history behind the Justice League film, it has been hard to get their world started. Wonder Woman was amazing, so Aquaman had some high expectations to meet. How did one of the most shunned members of the Justice League do in his solo film?

All hail to the king.

From director James Wan (Furious 7), Aquaman focuses on Arthur Curry (Jason Momoa), son of a lighthouse keeper and an Atlantean Queen. When the forces from under the sea start wreaking havoc on the surface world, Mera (Amber Heard) comes to land to get Arthur’s help. It seems Arthur’s half-brother King Orm (Patrick Wilson) is gathering the kingdoms undersea to attack the surface world, leaving Arthur to have to challenge his brother for the throne.

Orm is one of the forces going against Aquaman, but so is the deadly Black Manta (Yahya Abdul-Mateen II), a pirate of the seas with a vendetta against Arthur. These are two significant forces for Aquaman and Mera to face, and easily the two most iconic villains from Aquaman’s comic book history. Orm is calculating, cold, and vengeful, making the Ocean Master come to life on the big screen. Manta is somewhat underused, but we will no doubt see more of him and his amazing, comic accurate costume, down the road.

Momoa steals the show as the brash, charismatic warrior born to be king. He was the stand out in the Justice League film and continues to show that he is the man for the job. Heard does a spectacular job as the capable Mera, and the duo gets help from longtime friend Vulko (Willem Dafoe). Even Arthur’s dad, Tom (Temuera Morrison) plays a huge part and helps give the hero a more grounded backstory.

The graphics here are top notch as we explore the land of Atlantis. A whole new world, DC has created a very cool side to the DC Cinematic Universe. This is a big budget action flick, and it delivers in more ways than one. For one, it cements Aquaman as one of the main heroes for DC, but it also propels the momentum forward for DC’s shared universe. A delightful outing, I loved the film, and cannot wait to see what is next for the king of the theater for December.