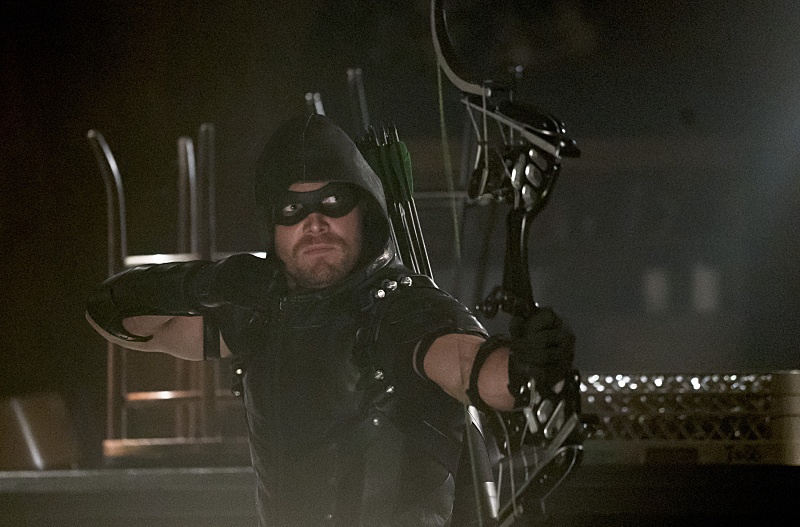 (Victor Valley)—This week’s episode of Arrow is one fans have been waiting for, as we saw the small screen return of everyone’s favorite “Master of the Dark Arts”, John Constantine (Matt Ryan). The Constantine television series only lasted one season, despite its huge following, creative writing and likable lead character. But it will take more than a cancelled series to keep Constantine down, as he is now officially part of The CW’s DC Comics Universe.

This episode deals with the recently brought back from the dead Sarah Lance (Caity Lotz), who seems to be more demon than human since taking a dip in Ras Ah Ghul’s Lazarus Pit. Now loose in Star City and on a killing spree, it’s a great time for Green Arrow (Stephen Amell) to find out what his sister Thea (Willa Holland) and Laurel (Katie Cassidy) did to the deceased Sarah. In the flashbacks, we see the clear connections to this week’s episode as Constantine appears on the island where happens to be.

This is a perfect way to introduce a mystical character like Constantine, as the team tries to figure out how to save Sarah, or even if there is a way to do so. The episode shows exactly why so many fans, myself included, did not want the Constantine series to end- a suave, trick up his sleeve mage like Constantine shines on television, and I know fans are thankful to at least see the character make a reappearance.

Of course, much more took place this episode as we saw more of villain Damien Darhk’s plans with Officer Lance, and how it all connects to John Diggle’s brother. But all that took a backseat, as seen the Green Arrow and company interact with Constantine was the main course of this episode. Very well done, and with more plot-lines that could end up taking Constantine to Central City for a Flash crossover down the road, this episode lived up to the massive hype.

Rating: 5 out of 5. I will say it once again: Bring Back Constantine!