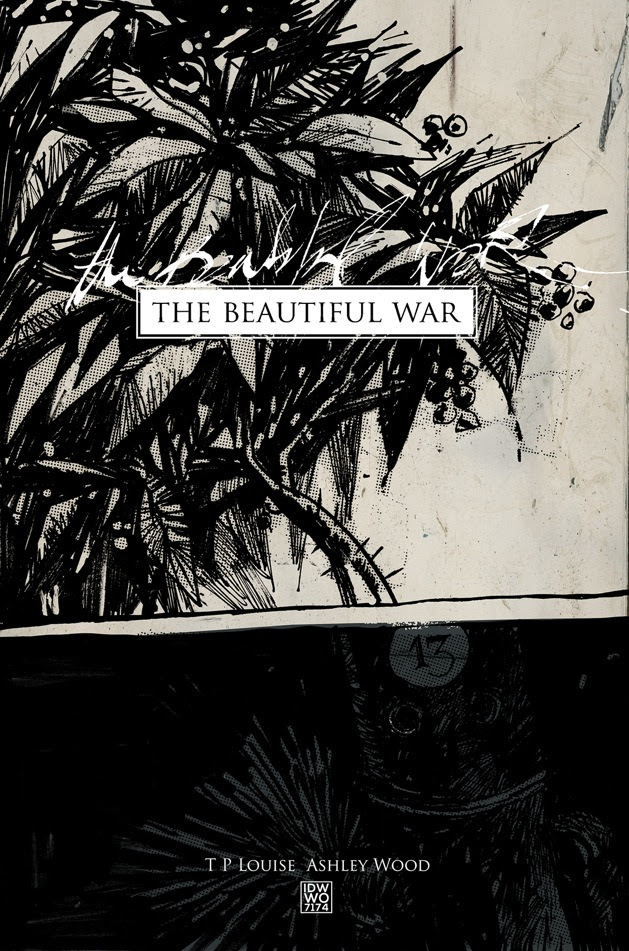 Ashley Wood and T.P. Louise Come Together To Fight The Beautiful War

(San Diego, CA)– 2014 marks both IDW Publishing’s 15th anniversary and the return of one its most integral and beloved creators, Ashley Wood (Popbot, World War Robot). This May, Wood and writer T.P. Louise, his co-conspirator on Lore (now in development as a major motion picture), launch an all-new, ongoing bi-monthly series, The Beautiful War.

Wood and Louise weave The Beautiful War around an industrialist, Audel Howard, who when he lets a green fairy out of the bottle, makes a deal that no mere mortal man can refuse. Wine, women, song, and a large backyard extension called America are now coming his way.

“Any Ashley Wood book is an event that excites all of us at IDW,” said Chris Ryall, IDW’s Chief Creative Officer/Editor-in-Chief and Wood’s co-creator on Zombies vs Robots, in development at Sony Pictures. “And T.P. Louise, who crafted such an epic tale in Lore, is back to do the same thing here.”

The Beautiful War is one of many new Ashley Wood projects headed to shops in 2014. Launching a month later is June’s Adventure Kartel, a massively oversize artbook that features comic-book stories, concept designs, and artwork, with more on the way.

“T.P. and I are happy to be back making comics at IDW!” says Wood.