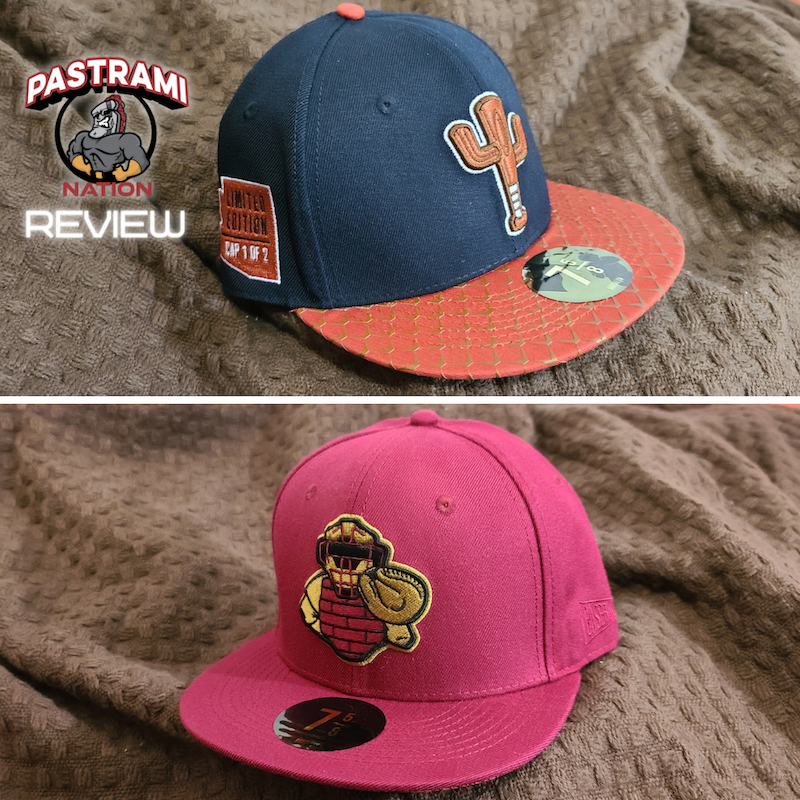 Baseballism Review: Light up the Scoreboard

If there is one thing you can tell by almost any photo you see of me, I am a hat guy. I love baseball hats, have so since I was a kid. As an adult, New Era Caps have been my go-to hat of choice. But last year, I was introduced to Baseballism, a company that celebrates the love of America’s past time. I tried for a holiday turkey hat in November, but I wasn’t fast enough, so I went all the way until March 2021 before trying my first Baseballism fitted hat. How did they measure up? Did they fit the bill?

I ordered a few items to qualify for their Spring Training hat giveaway, the striking Cactus Club Desert Sunrise cap. So, in addition to the giveaway hat, I also picked up Brick Wall, a brick red hat with an imposing catcher ready to stop any ball that makes it past the plate. First up, let’s talk about the Brick Wall. Fantastic cap, with a pennant Baseballism flag on the side and the Baseballism flag man logo on the back, plus a brick pattern under visor. The fit on this hat was just as good, if not better, than a New Era Cap. I am absolutely blown away by this hat. It looks, feels, and fits fantastic.

For the second hat, I will say it’s one of the most detailed and unique hats when looking at the design. The scales on the bill, the awesome state side patch, the amazingly detailed stitching of the Cactus logo: it feels like a special edition hat. The only downside was the fit, as this hat fit way more snug than the Brick Wall hat. It isn’t a major deal, as some time in a Hat Jack got the size just right.

For my first ever order with Baseballism, I was thoroughly impressed. The quality and effort put into their hats is evident, from how the caps look to how they feel. I wish the Cactus Club hat had fit just like the Brick Wall, but it is a minor gripe. It is also not uncommon, as I have some New Era Caps that are also a tighter fit than the rest of my collection. That aside, Baseballism has earned my business and won me over as a customer and supporter. Be sure to check them out at www.baseballism.com.