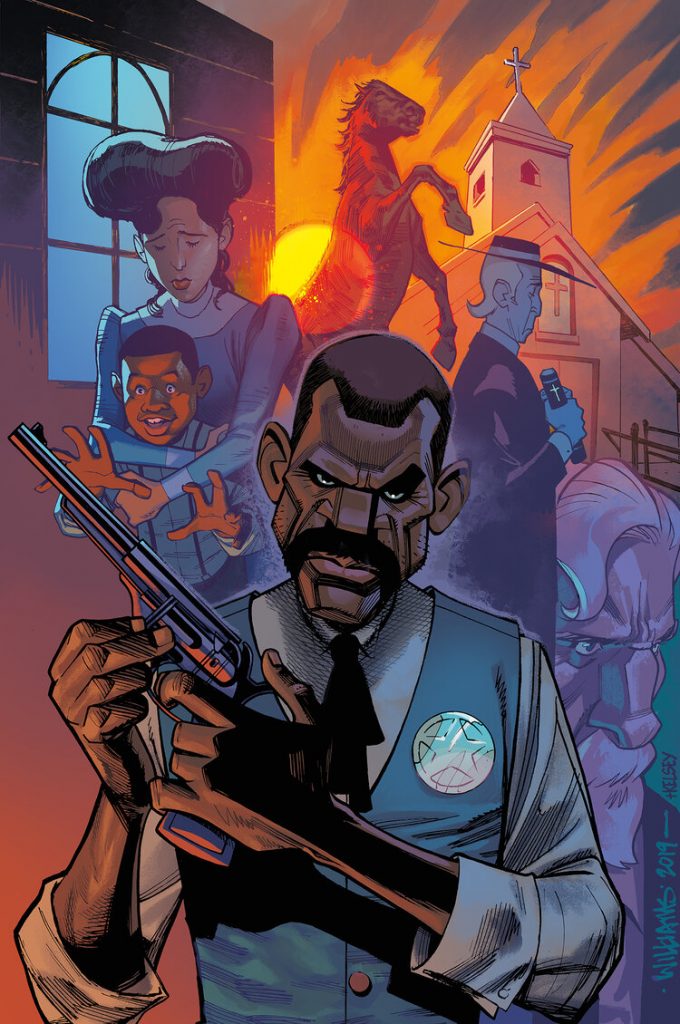 Imagine a legendary lawman who could bring any 19th-century villain to justice. Imagine he was a former slave and worked his way up to a US Marshal. Imagine that he brought almost all of his criminals alive. Now imagine if all of that actually happened. Well, it did! The story is brought to life as a comic book thanks to Allegiance Arts and Entertainment.

Bass Reeves tells the true-life story of a larger-than-life hero from the American Frontier. Episode 2 picks up where Episode 1 left off. He had accepted a position as a Marshal in a frontier territory and had been tasked with hunting down the West’s worst criminals.

Episode 2 again, showcases the fear that his name alone exposed in all criminals. Not only does it show his incredible skills as a lawman, but it also starts to explore his family life. It shows how his extended absences impact his wife and son and how that causes a significant conflict within.

Bass Reeves Episode 2 is again, well written, and well-drawn. Kevin Grevioux does a great job showing readers the absolute badassness (is that a word?) of Reeves, while also humanizing him as a father and husband. David Williams’ art style lends itself to making this series a must-read as well. His squared style with dark lines makes Bass and his new foe look like action movie foils.

Rating: FIVE Pastrami Nations out of FIVE. Bass Reeves remains one of my favorite books out right now. I can’t wait to see what happens next!

Daniel Schwartz has been a Pastrami Nation contributor for over four years. He is a father of 4 and husband of 1. He is a huge fan of all things Sci-fi and fantasy including Game of Thrones, Star Trek, and the Arrowverse. You can follow him on Instagram at 2 sites, @tvnerddude and @arrowverseweekly.