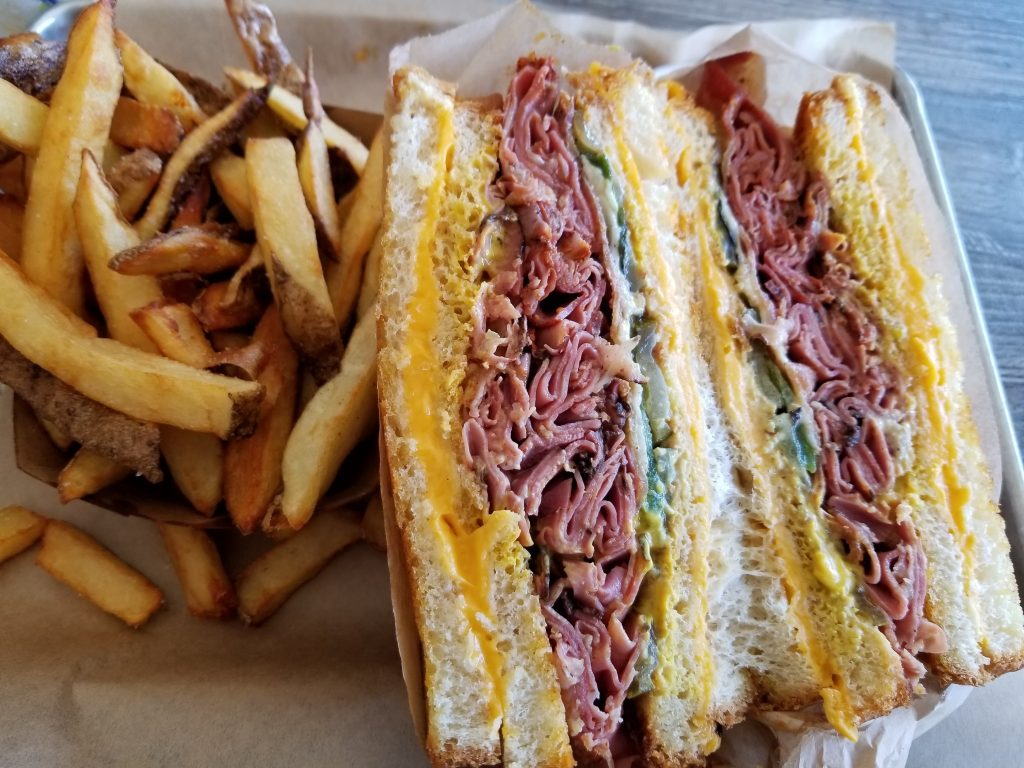 To Eats His Own: Apollo Restaurant

Welcome to our new column devoted to food reviews: To Eats His Own. Food reviews have been the #1 requested feature since we started Pastrami Nation, so we are excited to dive in! This column will feature food reviews from across the country by Pastrami Nation’s founders, Nolan P. Smith and Jason T. Smith, as well as other Pastrami Nation contributors. From fast food to fine dining, we will bring you the best we taste in our travels.

I didn’t have to travel too far for this one. Located in my home town of Victorville California, is Apollo Restaurant. Apollo is known for their mouth-watering burgers, in which people travel great distances just to taste perfection. This time though, I decided to eat one of the many tasty alternatives to a burger, the Pastrami Nation sandwich.

There’s a backstory to this massive, delicious sandwich. Pastrami Nation is, as you know, who we are. And Apollo has given us the ultimate honor of creating a sandwich for our namesake, and thus the Pastrami Nation was born.

I was super hungry, and having tried this behemoth before; I went with that for my lunch. The Pastrami Nation consists of two grilled cheese sandwiches toasted to perfection. Each acting as a top and bottom bun, loads of freshly sliced pastrami, avocado, a fire-roasted poblano pepper, mustard, pickles, pepper jack cheese, and a delicious house-made jalapeno dressing. Need I say more? That along with a side of their hand-cut, Belgian style fries, and some spicy Floozie sauce made this the perfect lunch choice. Everything was perfect, from the first crunch of the grilled cheese sandwich buns to the last bite.

If you haven’t been to Apollo yet, you need to stop what you are doing right now and go there and order the Pastrami Nation sandwich; you will be glad you did.

Jason T Smith
0
Tags :
To Eats His Own: Apollo Restaurant