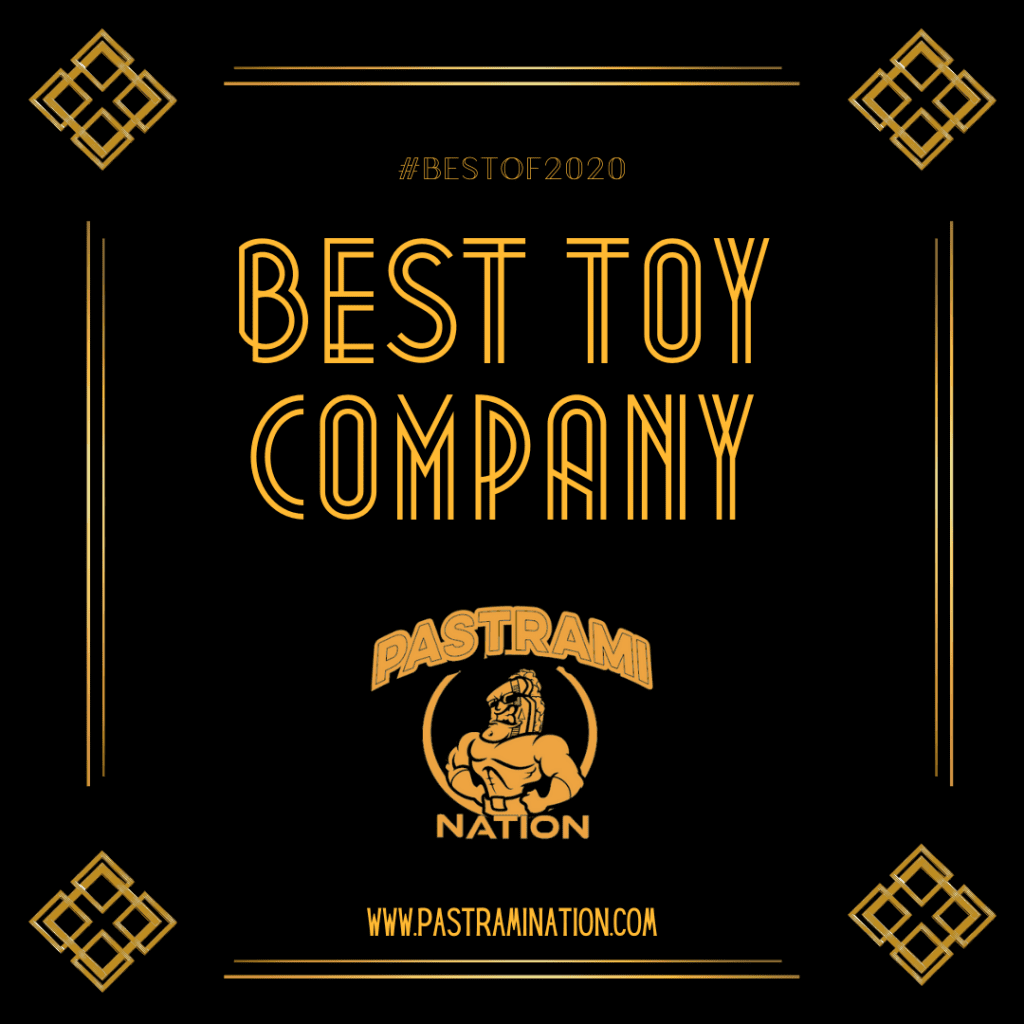 2020 is behind us now, so it is time to look back at the very best of the year. Though 2020 was hard in a variety of ways, the content and entertainment released was amazing. The Pastrami Nation staff came together to create our picks for the Best of 2020. First up is Best Toy Company.

When you think of what makes an action figure fun, you think of design, color, special features the toy has, and more. Panda Mony Toys nails all of these points with their Alter Nation line. The figures range in size, as well as in action features, and really put the fun back into action figures. I was thoroughly impressed with their initial lineup and cannot wait to see more villains and heroes released in the future!

NECA has been known for their amazing, high-quality figures for quite some time, and with 2020 they showed that they are not slowing down. From making fan favorites like Super Shredder, Tokka, and Rahzar from the Teenage Mutant Ninja Turtles to launching another home run line based on Back to the Future, NECA continued to impress. With figures based on The Phanom and Flash Gordon already in the works for 2021, it looks like it will be another bright year for them.

Creative Beast Studio impressed us all with their line of raptors before. This year, we witnessed Beasts of the Mesozoic: Ceratopsians, and wow. The company makes the most detailed and articulated dinosaurs action figures on the market and already has plans to make a wave that includes a T-Rex. If you haven’t picked one up yet, now is the time!

If anyone surprised the collector world in 2020, it was McFarlane Toys. When it was announced that they acquired the DC Comics license, some fans moaned in disbelief. What they didn’t know was that we would get the best year of toys for DC Comics in quite some time. From comic versions of classics like Batman and Superman, to amazing versions of new characters like Red Death and Azrael, McFarlane didn’t stop at DC. From Warhammer to the Witcher, My Hero Academia to Bloodshot and more, McFarlane showed why they are one of the best in the business in 2020.

Bluefin Brand encompasses so many amazing brands, it was the right choice for the best toy company of 2020. From their Flame Toys brand, which brought the world Transformer Model Kits and amazing figures, from Storm Collectibles that gave us the best Bane figure ever from Injustice, there’s just so much amazing variety with them. Their Figuarts line brought more Dragonball characters to life, and Team Kamen Rider rode proudly through the year. I cannot wait to see what the new year brings, as they hold the crown for 2020.