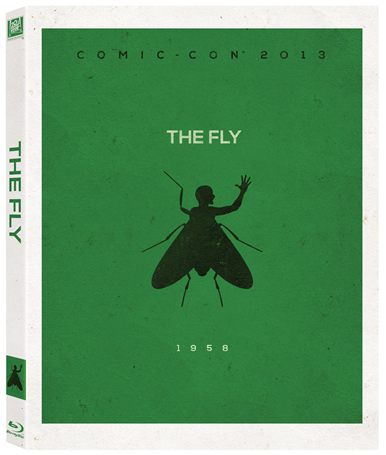 Get these Comic-Con exclusives before they are gone:

o   The boys of SAMCRO have you covered with a limited edition “SONS OF ANARCHY” Season Five t-shirt along with an exclusive “R.I.P. Opie” temporary tattoo designed by Tracy Anderson who does all the ink for the popular FX series

Fan favorites from the Fox and MGM catalog will be available as limited edition Blu-rays featuring exclusive Comic-Con 2013 artwork:

o   Sci-Fi: THE FLY (1958 Blu-ray available for first-time-ever), THE DAY THE EARTH STOOD STILL and PLANET OF THE APES

o   Horror: CARRIE, CHILD’S PLAY and THE SILENCE OF THE LAMBS

The truth is out there!  Join David Duchovny, Gillian Anderson, Chris Carter, Vince Gilligan and more as they celebrate the 20th anniversary of “THE X-FILES” with a special panel on Thursday, July 18 at 3:30pm in Ballroom 20

Dr. Krieger is patrolling the streets of San Diego in his “Van By Night,” transporting fans to Downtown destinations in celebration of the Season Four release of “ARCHER”