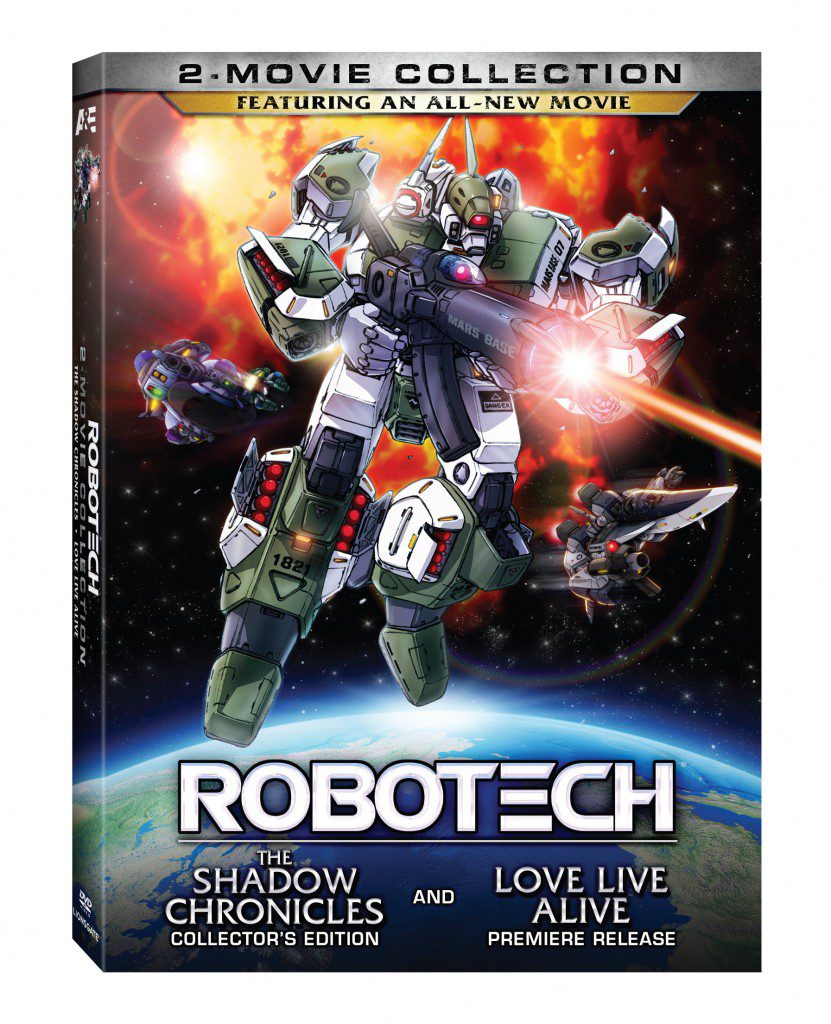 The Robotech chronicle continues with the unveiling of the all-new anime adventure Love Live Alive.  Taking place during and after the events of Robotech: The New Generation (available in Robotech: The Complete Series from Lionsgate Home Entertainment), this thrilling installment in the Robotech saga follows the adventures of Lieutenant Lance “Lancer” Belmont as he recounts his journey from before his first encounter with Scott Bernard to the aftermath following Admiral Rick Hunter’s expedition to liberate the Earth from the mysterious Invid race.  Robotech: The Shadow Chronicles continues the epic battle as Scott Bernard must once again face his tragic past as he joins the returning Robotech Expedition against new mechanized adversaries known as the Haydonites.

Robotech maintains its place as one of the most popular anime properties ever, the center of a massive media empire that includes comic books, toys and a major motion picture currently in development. Voted one of the “Top 50 Sci-Fi Properties of All Time” by IGN.com, Robotech remains a fan favorite.

Complete with bonus material that includes multiple featurettes, deleted scenes, outtakes, photo galleries and animatics, this affordably priced 2-film DVD collection will be available for the suggested retail price of only $19.98.