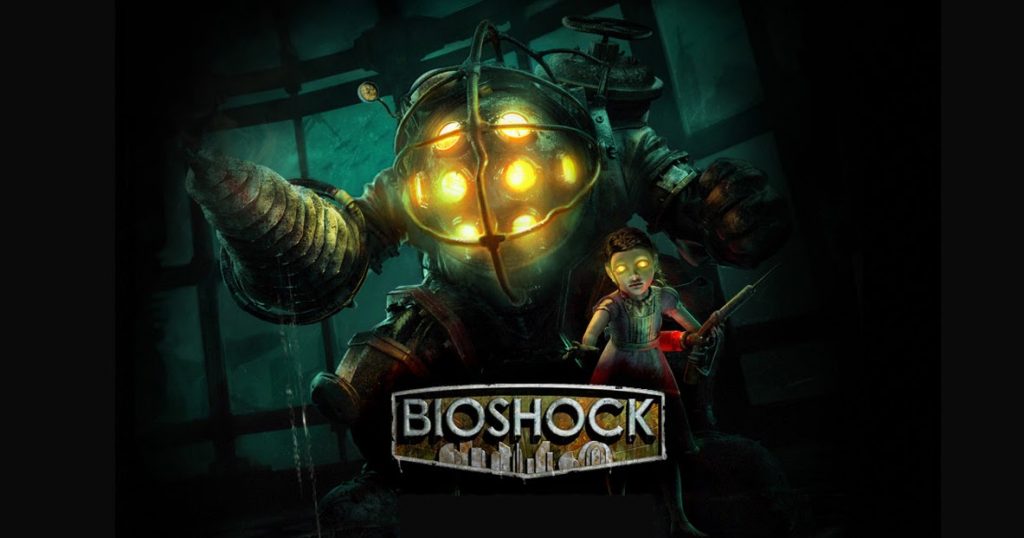 BioShock is a video game that has been begging to get translated to the big screen for years. Since the game’s release in 2007, it has spawned two sequels and a series of false starts when it comes to a feature film adaptation. While most fans have been excited at the prospect of a movie, some are a bit more hesitant. The world created within the game is atmospheric and stunning, immersing you in an environment like no other. There is the fear that a movie or television adaptation might not capture what makes the game so special and rightfully so. Hollywood doesn’t have the best track record when it comes to video game adaptations, but there is still a part of us that hopes the right visionary will come along and break the so-called “video game curse” that has plagued the industry for so long.

Originally, a film adaptation was set to be released in 2011 for Universal Studios, with Gore Verbinski set to direct. If anyone could bring the city of Rapture to life, it may have well been the director of the Pirates of the Caribbean trilogy. Not only were those films a global success for Disney, but they also allowed Verbinski to play with the horror genre in a fun and adventurous way, which is exactly what BioShock needed. While the franchise is within the horror genre, so much of it is about discovery and adventure. It felt like the right fit, but one thing Universal wasn’t counting on was how passionate Verbinski would be about the project. He understood the source material and that there was no way to tone it down below an R rating. It had to be dark, twisted, and violent. Coupled with the fact that he refused to use green screens (demanding they build physical sets) and a ballooning budget, it caused the studio to halt the project.

Another director would soon come on board in the form of Juan Carlos Fresnadillo, the director behind 28 Weeks Later. Verbinski was still involved with the film but now in a Producer role. They were working with the studio to tone things down and lower the budget, but it didn’t work out in the end. Fresnadillo later told the website Aintitcoolnews.com, “Bioshock is super complicated; it is a very high budget movie. Obviously, the studio doesn’t want to make a big budget movie with an R (rating). And it has to be an R.” It was a reality that Universal was going to have to come to terms with, and not soon after, the project was dead and fell back into development hell.

There was another piece to the puzzle, though, and his name was Ken Levine, Irrational Games founder, and Bioshock game director. It was reported that Levine himself killed the project after it was stuck in limbo. He claimed that Universal got cold feet about the project after the costly R-rated Watchmen flopped at the box office. Levine had leveraged himself very well in the industry. He still has complete creative control over his game and has the right to approve or deny any decisions in the process. It is his baby, and he doesn’t want just anyone to make the movie. Over the years, he has said that he feels a BioShock movie could happen, but it would have to be the right movie. In an interview, he had some things to say about the process and what it will take to get a BioShock movie made:

“The thing with Gore [Verbinski] didn’t work out, but there’s no such thing as ‘it’s finished when it comes to making a movie out of something.

This brings us to today. After years of rumors and speculation, it was announced that Netflix is partnering with 2K and Take-Two (publishers of the franchise) to bring the world of Rapture to life. Netflix has had a string of success with video game adaptations, with The Witcher series (I know, it’s based on books, but it still counts!) being their biggest success yet. They also have an Assassin’s Creed live-action series in the works and an animated Tomb Raider.

With a new movie and game in the works, BioShock is a series that isn’t going anywhere. Even today, people are discovering how immersive and brutal it can be, and it will be interesting to see how the franchise evolves. Hopefully, they can make at least three movies because nothing would be cooler than seeing the floating city of Columbia come to life in live-action, but that’s another subject for another day.

I hope you enjoyed this look at the cinematic history of BioShock. Continue to follow PastramiNation.com for more news on BioShock and much, much more.