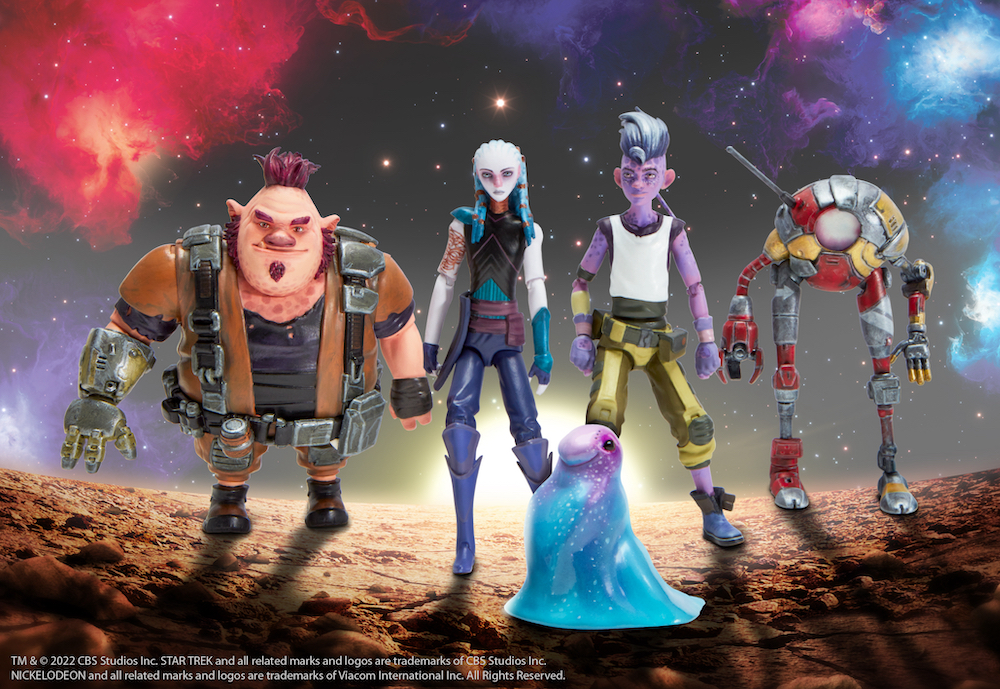 Playmates Toys and Paramount Consumer Products have revealed a first look of the action figures from the Paramount+ animated series Star Trek: Prodigy.

Star Trek: Prodigy follows a motley crew of young aliens who must figure out how to work together while navigating a greater galaxy, in search for a better future. These six young outcasts know nothing about the ship they have commandeered – a first in the history of the Star Trek franchise – but over the course of their adventures together, they will each be introduced to Starfleet and the ideals it represents. Produced by Nickelodeon Animation Studio and CBS Studios, Star Trek: Prodigy is currently available to stream exclusively on Paramount+ and will debut on Nickelodeon in the U.S. later this year.

At launch, the new toy line will include the following Star Trek: Prodigy characters:

“We are excited to be bringing Star Trek: Prodigy toys and accessories home to families for the first time. This new lineup we are unveiling is highly focused on playability — we want kids to take the toys out of the packaging and engage in imaginative play as if they were part of the Star Trek world themselves,” said Karl Aaronian, senior vice president, Playmates Toys.